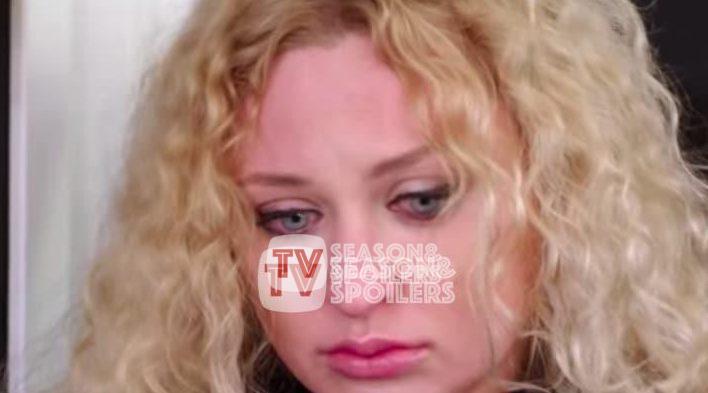 Natalie Mordovtseva became a memorable cast member from 90 Day Fiance after her TV presence with Mike Youngquist. In fact, she also bagged another season and featured on The Single Life spin-off since their separation. It has to be one of the shortest marriages in the show, as the couple split after merely six months. However, trouble doesn’t seem to leave Natalie as there was a revelation about her not having a green card status. So, is she back in Ukraine? What is she up to? Keep reading to get more details on this.

90 Day Fiance: Natalie Reveals Her Whereabouts! Back In Ukraine After No US Citizenship?

Natalie Mordovtseva went through a terrible time during her Tell All special from 90 Day: The Single Life. Moreover, her former husband, Mike Youngquist, was present in it, which led to her breakdown. That’s because he made the revelation that his ex has “no status”. That’s because he did not file paperwork for her green card citizenship. Apparently, they split after six months and live separately. This means once their divorce goes through, she would have to leave the US and go back to Ukraine.

Hence, viewers are in confusion about where the TLC star is after the Tell All premiere. Therefore, TV Season & Spoilers highlights that the Ukrainian woman gave confirmation about being in Florida. That’s where her show 90 Day: The Single Life was in production last year. Moreover, a viewer wanted to know about her life through social media. Natalie replied to it by saying she doesn’t “go out” much but would love to explore more. Thus, she will let her followers know if she does so. Apart from this, her latest uploads on Instagram prove that she is still in America.

90 Day Fiance: Natalie Breaks Down In Tell All, Mike Cancelled Her Green Card?

Natalie was in for a ride in the new Tell All special of 90 Day: The Single Life. As mentioned above, Mike’s revelation made her break down heavily. As he was the one who brought her here via K1-visa, he has control over making changes in her status. However, the ex told her that he did not begin her green card proceedings once she left him. His former partner shunned him for treating her like a “toy”. That’s because he can’t bring her and make her leave a country as per his liking. Although Natalie was a crying mess, Mike was not moved at all.

Moreover, he tries to convince her that there are “no hard feelings,” and he wishes for her to find someone who makes her “happy”. Eventually, she came clear about giving the man “four years” of her life. More so, she left his place

without even packing her clothes after their split. However, there is no official confirmation about the couple filing for a divorce yet. Although the American man brought it up multiple times during his appearance, it seems like he has not begun the paperwork on that as well. Keep checking TV Season & Spoilers for more such 90 Day Fiance updates.