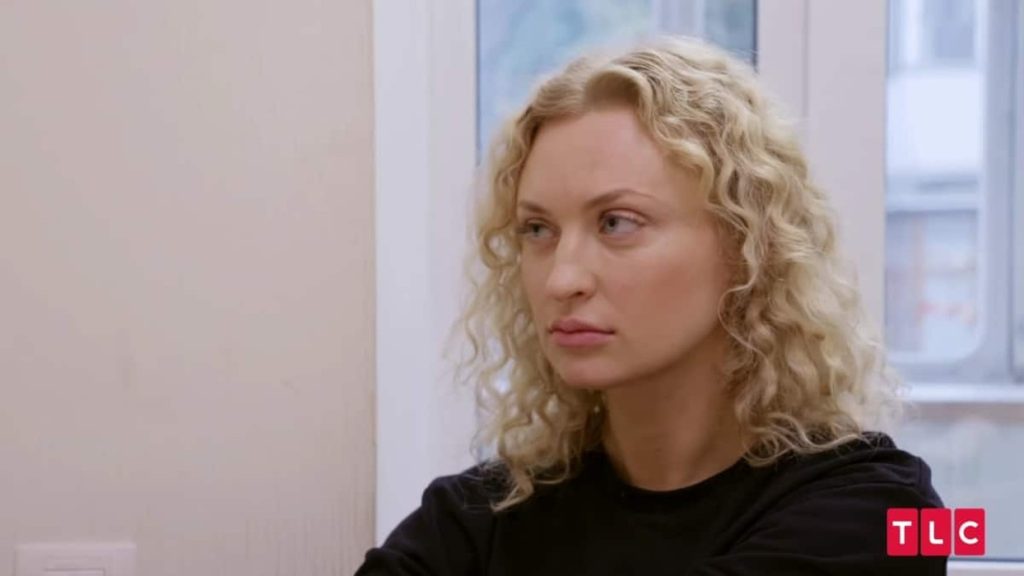 Natalie Mordovtseva showed up on The Single Life Tell All episode with a new look. Her hair was noticeably different than usual. She has wavy blonde hair reaching up to her shoulder or below. In the latest episode, the woman has long hair than usual also her curls were not visible. Viewers had varied comments regarding her new appearance. There were several reactions regarding her glammed-up look. However, the celebrity seems to have a positive attitude toward her hair transformation. It would be best if you tuned in to know what the 90 Day Fiance star did with her hair.

The 90 Day Fiance celebrity Natalie Mordovtseva became a part of the Tell All episode of The Single Life spin-off. She has very distinguishable hair in that episode. The Ukrainian beauty has wavy blonde hair, and it is around her shoulders. However, the reality TV star arrived at the Season 3 Tell All with overly long blonde curly hair. Her hair did not seem natural. The viewers assumed that she must have used an extension. As per Monstersandcritics, Natalie’s new hair extensions were untamed and fagged out when she first appeared at the 90 Day Fiance tell-all.

But when Natalie stepped out on stage with full makeup. She had a flattering outfit, and her hair, with the extensions, appeared less uneven. The 90 Day Fiance fans, on the other hand, are curious about the 37-year-old extensions before she got beautifully dolled up. With 326k Instagram followers, Natalie recently posted a video glimpse of the Tell All episode, where her fans reacted to her new look. The Single Life The audience was critical of Natalie’s hair transformation. Some fans liked her look, but others couldn’t help but brutally troll her.

A viewer shared her opinion about the Ukrainian star’s attitude. She criticized her hair extensions. One person marked her words by calling the reality TV celebrity a “dog bounty hunter”. The memers did not leave any stones unturned to make fun of her. When she arrived at the Tell All set, a popular 90 Day Fiance fan page on social media made a post trolling her for her new hair. They shared four images of the star and her hair from all sides to give viewers a complete look.

90 Day Fiance: Who Would Natalie Choose Mike or Josh?

The fellow cast members asked 90 Day Fiance star Natalie several questions during the Single Life reunion episode. She did not properly respond to any of the questions. Instead, she stormed out of the show. The Ukrainian native was accused of still seeing her ex-husband Mike despite being in a romantic relationship with her current boyfriend, Josh. Fans thought this was unfair and labeled her an opportunist for using Mike; they believed she had no genuine feelings for her former partner. Mike’s mother, Trish, was not happy with her son or the celebrity reunion. Natalie’s visit to Mike in Seattle was emotional. Trish took part in their vulnerable discussions during her former daughter-in-law’s trip.

Shaun Robinson, the host of the 90 Days: The Single Life reunion episode, asks Natalie if she is still in love with Mike. She wanted to know if the star is with him for security reasons or if she genuinely loves him. Mike, according to the Ukrainian native, is “part of my life”. So she couldn’t stay apart for long, so she finished her sentence by mentioning that they both “talk” to each other. The mother and son duo have trust issues with the celebrity. Mike confesses in a confessional he and Trish “had questions,” but they were not getting an honest answers. Tell us in the comments whom you like better, Mike or Josh. Tune into TV Seasons & Spoilers to know what 90 Day Fiance star, Natalie, will do next.