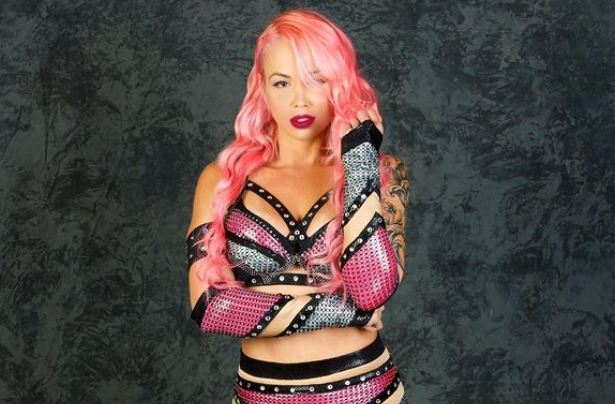 Popular TLC star Paola Mayfield has achieved almost everything she has desired in life. She started off as a shoe designer in Columbia, and after a series of other jobs, she is now ready to become a professional wrestler. The 90 Day Fiance alum recently revealed that she’s been training to become a wrestler and is ready for her first big fight. Recently, the reality TV celebrity uploaded pictures of herself in new gear and announced her first live match. Here’s everything you need to know about it.

The popular TLC star first appeared on TV back in the first season of 90 Day Fiance. Despite all the controversies, she has become a known name in the industry after all these years. She also has a major fan-following that awaits her new projects. Well, after picking up a series of different types of jobs, Mayfield is now ready to become a professional wrestler. Also, she recently revealed her latest look in new gear for her first live match.

The 33-year-old celebrity wrote in the caption of her recent social media post that her first big fight is coming up. She mentioned how she started off as a shoe designer in Colombia and moved to pursue modeling and acting. Later on, she featured on 90 Day Fiance and became a controversial TV personality. Besides, after the show, Paola picked up several professions, including a personal trainer, nutrition coach, and a Zumba instructor. However, she is now ready to become a wrestler too.

Mayfield describes how one never knows what they actually desire in life. Even though she already earns well and enjoys her life, she still has many desires to pursue. After training for almost a year, Paola will be competing in her first live match on May 1, 2021. In fact, she invited all her fans to watch her at “Holiday Inn Miami West- Airport Area, 7707 Northwest 103rd Street!” The TV star had been shooting for the poster of the event by Magic City Wrestling Federation (MCWF).

A lot of people were shocked to see Paola in her new look for her new profession. Initially, everyone was suspicious whether the TV star has enough skills to become a professional wrestler. However, Mayfield uploaded a video of herself back last month. The video features a compilation of several videos of the 33-year-old showing off her wrestling skills. Moreover, she seems to have been training for quite a long time since one can notice the change in her hair color.

On the other hand, this compilation displays plenty of her training sessions as well. Hence, it looks like the 90 Day Fiance personality is ready to set fire on her first live match. What do you think of Paola’s new look and profession? Are you excited to watch her wrestle? Let us know in the comments below, and keep coming back for all the latest 90 Day Fiance updates and gossips.