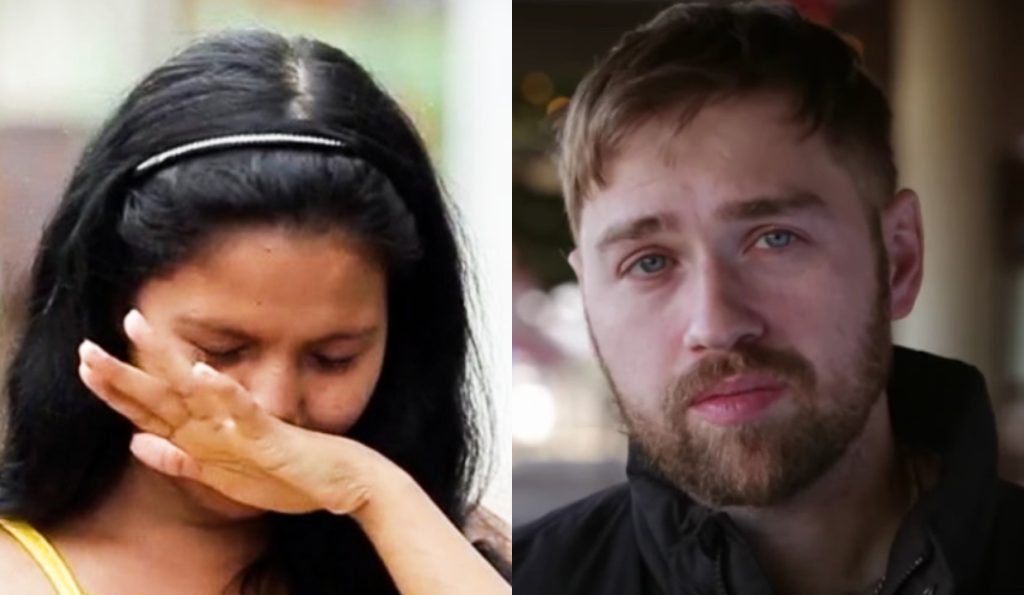 Trigger Warning: mentions of sexual abuse and violence
If you or anyone in your knowledge has been undergoing similar issues, then please contact
https://www.rainn.org/, 800-656-HOPE (4673),

Paul Staehle and Karine Martins became famous celebs after starring in 90 Day Fiance. However, their journey had lots of ups and downs in the show. Shockingly, things really took a dark turn when they started making headlines over disturbing things. Things got so worse that they had to involve the cops and even get restraining orders. More details about the same have come into the limelight once again. The Brazilian woman has claimed that her ex-husband allegedly sexually abused her! Keep reading more for all the details.

Paul and Karine starred in multiple spin-offs of 90 Day Fiance. However, their relationship was far from fruitful. They became an on-and-off couple over the years. Later on, things got worse, and they separated last year in 2021. Before that, they also had restraining orders filed against one another. As per the original papers, Karine made some disturbing claims against her husband. He had sexual intercourse with her multiple times. However, Karine never consented to it. Moreover, Staehle even gave her “pills and alcohol” to expedite his abuse. In fact, the man threatened to “deport” her and “sell her into prostitution”. The original filing is from December 30, 2021.

However, the latest updates in the case suggest that Paul Staehle wished the court would “revoke” the order. As per him, they wrongfully determined that the 90 Day Fiance star committed those criminal acts. Moreover, the court was also incorrect in declaring Karine was prone to more acts of violence. The celebrity alleged that the abovementioned acts were “consensual”, making them “non-violent” or “abusive”. Despite this, the court declared on August 26, 2022, that Karine’s claims were still “credible”. Hence, they maintained their previous verdict.

Despite the toxic nature of their relationship, Paul and Karine have two kids. The 90 Day Fiance stars are parents to Ethan and Pierre. However, things have been quite drastic for the family. That’s because the former couple doesn’t have custody of either of them. The court declared them “unfit” to take care of the boys, as per popular 90 Day Fiance blogger John Yates. They are currently in foster care

under CPS or Child Protection Services. Therefore, viewers always remain curious about any updates about the family.

While Paul has mostly been mum about the situation, Karine addressed it. The young mother wants to regain custody of her babies. Hence, she is following all the court guidelines to make it happen. The castmate doesn’t talk about this matter a lot as she doesn’t have permission to. On the other hand, in one of his interviews, Paul stated that it might take his ex-wife 6-8 months before she can reunite with their sons. Keep track of all the latest 90 Day Fiance news only through TV Season & Spoilers.