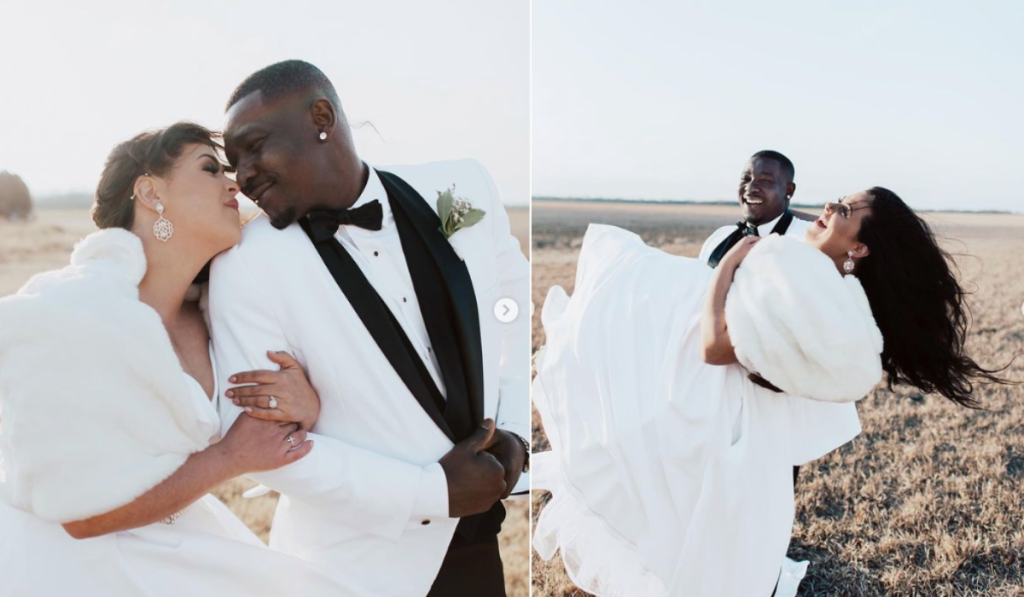 The TLC viewers have had enough of Emily Bieberly. The 90 Day Fiance celeb acts as a notorious being, and often, she likes to do things her way. This behavior has affected her relationship. Though the couple claims to love each other, Emily’s action proves otherwise. The young mom has again made the news for breaking some rules. Apparently, the reality celeb was seen sipping champagne during her wedding. Fans are furious as it’s her wedding, and on top of that, she’s pregnant. Tune in with us to know the full story.

Emily and Kobe have often butted heads due to their financial condition or Emily’s insecurity. Besides, Kobe Blaise did set some obnoxious rules for his wife to follow. Hence, the fans were never a fan of the couple. However, as the show continued, the TLC viewers learned that Emily seemed to be on the wrong side. The 90 Day Fiance has thrown unnecessary tantrums during the show. Likewise, there have been numerous times when Emily mocked Kobe and said things that humiliated him. In addition, the mother-to-be doesn’t have an income source. Therefore, she and Kobe are dependent on her father to have a place to live and for some financial security.

So, the audience doesn’t tune with Emily that much. Now that she is getting married, she has attempted to infuriate the viewers again. At her wedding, the fans noticed that Emily held a bottle and was drinking from it, as highlighted by ScreenRant. The 90 Day Fiance viewers thought she might be drinking beer. However, some people noted that what Emily was drinking was a non-alcoholic drink. Likewise, at her wedding reception, fans noted Emily was holding champagne flutes, so they believed that Bieberly was drinking. Some even said she looked “sloppy and drunk” during the wedding. Similarly, if that isn’t enough, Kobe posted a video on his Instagram as he partied with Emily and their family.

People keenly observed Emily pouring herself a tall glass of a drink. However, it wasn’t easy to make out what she was drinking. A 90 Day Fiance viewer congratulated Kobe, but they also hoped Bieberly wasn’t drinking for the baby’s sake. Meanwhile, Emily commented that she had brought a non-alcoholic drink so that no one would get to know she was pregnant. Well, it is still unknown to the viewers if the other two drinks were non-alcoholic. Some people also said that those judging have no right to interfere in her life.

Emily’s parents have done a lot for her and her husband. Moreover, the parents have financially supported the couple all through their wedding. However, Emily’s father wanted only one thing in return. Mr. Bierberly had asked Emily and Kobe not to bear another child until they were financially established. But, the pair didn’t listen, and when Kobe told the family, everyone was shocked. Meanwhile, Emily’s father got upset and said in his confessional that he wanted the kids to get stable first. Besides, the fan has noted that Emily has always been a spoiled brat.

Similarly, Emily’s sister noted in her confessional that Emily knew what her parents wanted, but she opted not to acknowledge it. In addition, Emily’s sister also said that her sister has a habit of taking her parent’s advantage. The father stated that his plans are going to retire in a year. Hence, the couple needs to get on their feet because the parents cannot support them forever. So, how will the couple manage two babies? Well, Emily doesn’t seem to care about it. What do you think? Tell us in the comments below. And stay tuned to TV Season & Spoilers for the latest updates on 90 Day Fiance.