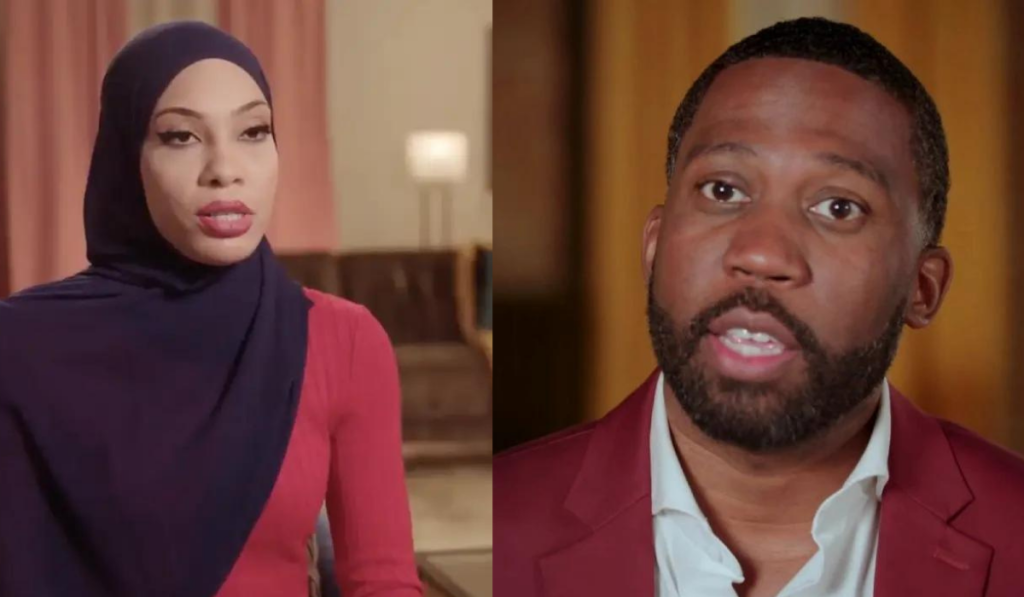 90 Day Fiance: Shaeeda Changes Her Mind, Refuses To Have A Baby After Bilal Finally Agreed! “What Game Is She Playing?”

The recent episodes of 90 Day Fiance: Happily Ever After Tell All were indeed a lightning rod of controversy. Apparently, many relationships were discussed, and a lot of secrets came out. However, it seems that the greatest twist was in Bilal and Shaeeda’s storyline. Evidently, Shaeeda left everything to be with a man who wasn’t on the same page as her when it comes to having a baby! But now it seems that the tables have turned. Moreover, the couple has switched roles as Bilal wants a baby while his wife has straight away denied him. But why is she doing that? Why such a sudden change of mind? We have all the information you might wish to know, so keep on reading.

90 Day Fiance: Shaeeda Doesn’t Want To Have A Baby With Bilal Anymore

The 90 Day Fiance star Bilal Hazziez always received backlash because of his tendency to delay all the prenup agreements. Apparently, his escape answer used to be ‘If God Wills.’ Meanwhile, Shaeeda’s biological clock was ticking, as she was almost 40. Not only this, but the seriousness of the topic was to the extent that she simply gave a 9-month ultimatum. Shaeeda made sure that if she didn’t get an answer within it, she would simply walk off the marriage. The woman who was literally fighting to have a baby is now saying that she doesn’t want it. But why?

Apparently, in the recent Tell All episode, Sween reveals that she no longer wants to have a baby with Bilal! Apparently, the host Shaun, exclaimed that she couldn’t believe this. The TLC star admitted that she wants a baby but not right now, as per ET

! However, the celeb further explained that she wants to focus on her career and wishes to ground herself in America. Not only this, but the Trinidadian native further adds that she is finding herself now, and it feels amazing.

However, it was clear that Shaeeda and Bilal had trust issues when the financial matter sprang up. Apparently, Sween reveals to the rest of the 90 Day Fiance cast that she doesn’t even know how much her husband earns in a year. Not only this, but Hazziez adds his narrative by admitting that whatever money he gives to his wife is gone immediately. Hence, he is trying to teach her how to control her finances. Nevertheless, fans had another perspective. As per the viewers, there’s a possibility that maybe the Trinidadian native is trying to cover up because she is close to 40, and now it will become difficult for her to conceive. Many fans have reacted to Shaeeda’s new decision and are confused as to what she actually wants.

90 Day Fiance: Bilal Changes The Dynamics Of His Relationship

The 90 Day Fiance viewers, who used to slam Bilal for being inconsiderate towards his wife, saw a new version of him. Undoubtedly, he knows how to handle Sween. He held Shaeeda’s hand, took her to the center, and went down on one knee with a baby’s onesie in his hand. It was a proposal for Sween to have a child with him. Not only this, but the onesie read, ” If you think I am cute then you should see my mommy.” This indeed got tears to her eyes, and she became emotional.

Hence, the entire dynamics changed with just the move of Bilal. Shaeeda has had a switch in her decision after saying that it was all she ever wanted. She further wished that she didn’t have to wait for a longer time to become a mommy. Not only this, but Bilal makes it clear that they’ll start trying from New York itself. Undoubtedly, fans loved this move of Hazziez and surely now have a positive image of him now. Keep coming back to TV Season & Spoilers for all the latest 90 Day Fiance tea.