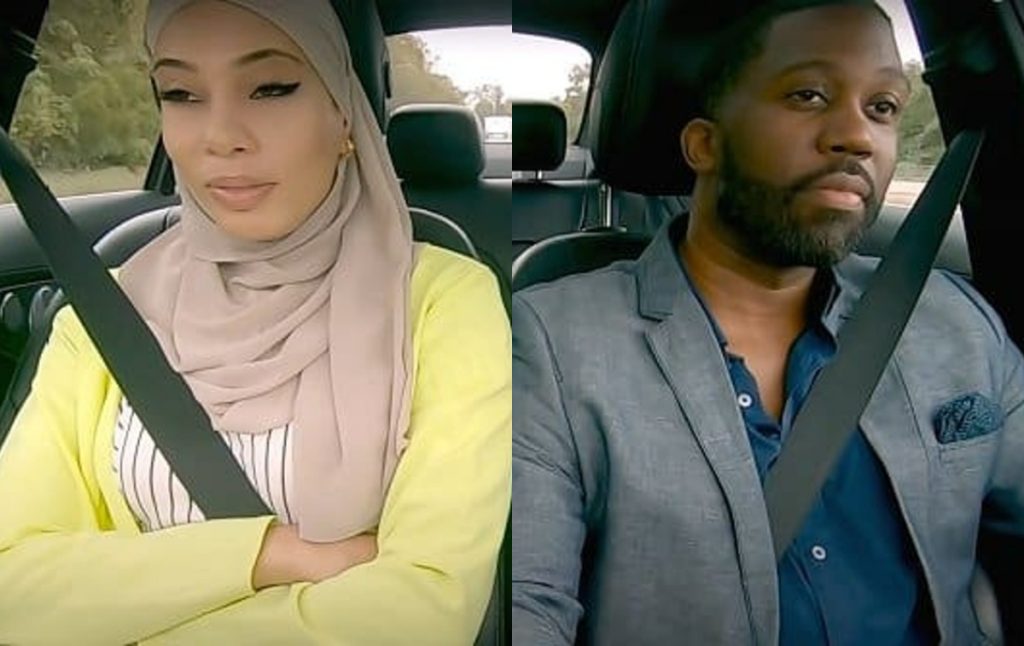 90 Day Fiance: Shaeeda Scamming Fans After Getting Work-Permit In America?

The 90 Day Fiance star, Shaeeda Sween, debuted in Season 9 with her now husband, Bilal Hazziez. The couple met online and fell in love. After spending just seven days together, they decided to get married. Since then, there have been several obvious red flags regarding Bilal. They had a lot to overcome, from his “prank” on Shaeeda, in which he seemed to be more of a poor than a royal. However, the Trinidadian native has returned to the spin-off program following her marriage. She is attempting to start her yoga studio shortly on the most recent season of 90 Day Fiance: Happily Ever After. Moreover, Sween is advancing her career by taking on a social media influencer role in the interim.

Shaeeda Sween seems to have a pleasant personality. Her fans have always liked her. However, her recent promotional post created controversy. Fans are confused about the 90 Day Fiance star’s pleasing nature. Well, Shaeeda recently took to Instagram to share a promotional post. In the post, she is seen holding an iPhone with a bag of some luxury brands surrounding her. The post was a giveaway. However, in the caption, she wrote she is giving an iPhone 14 and one of the luxury bags as she wants to thank everyone for their support. And that this give is open worldwide. Also, to enter the giveaway, she asked her followers to follow the given Instagram account.

However, the idea didn’t make any sense to her fans. They reacted to the post and claimed that this was a scam. Sween’s followers believe those bags printed with the name of luxury brands are empty shopping bags. They appeared to be old and brought from the flea markets. Some speculated that these might be the identical bags that Bilal handed Shaeeda on 90 Day Fiance when he told her about the prank. While others commented that they used to like Shaeeda in the beginning, but now she seems to fall faster into the hungry pit. Fans claim that Shaeeda has descended to a low level and is not as innocent as she appears on television.

90 Day Fiance: Shaeeda Will Leave Bilal If He Fails To Give Her A Baby In 9 Months

Bilal has till today to decide whether or not he wants to have children with Shaeeda. In the latest episode, Shaeeda confides in her friend, Eutris, that she has given Bilal a deadline on delaying having children. Bilal is 42 years old and has two kids from his previous marriage. However, Shaeeda is 37 and has no child yet, as it’s her first marriage with Bilal. According to the doctors, Shaeeda cannot conceive a baby after she crosses her 40s. Therefore, Shaeeda is eager to have a baby with Bilal. Although in the recent episode, when Shaeeda told her friend Eutris that Bilal still uses male contraceptives, Eutris appeared surprised. So, Eutris told Shaeeda that this indicates that Bilal doesn’t want to have a child anymore.

If Bilal doesn’t desire a child after nine months, according to Shaeeda, there will be no Bilal and her. Hence, Shaeeda replies that she would pick having a kid when Eutris frankly asks her which she would choose if she had to decide between being married and starting a family. Eutris, who undoubtedly despises Bilal, tells the cameras that Shaeeda must defend herself. She says frankly that if Shaeeda doesn’t become pregnant in nine months, she should leave him and go. As said earlier, Bilal already has kids, so it seems he is not in a hurry to have more. But prioritizing Shaeeda’s desire to have a baby, Bilal should take some crucial steps. For the latest 90 Day Fiance updates, stay tuned to TV Season & Spoilers.