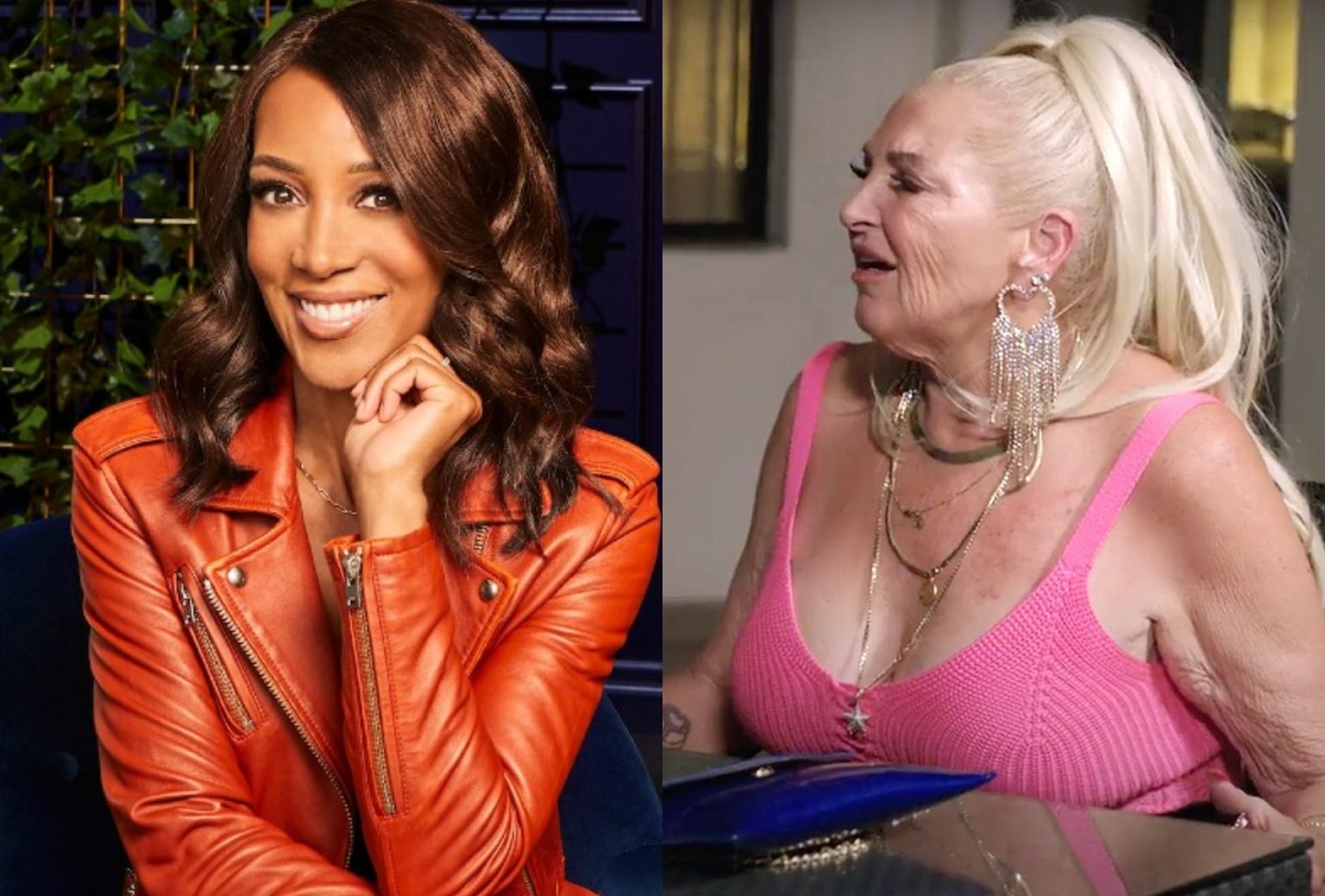 The most controversial part of the 90 Day Fiance show has always been its Tell All episodes. Apparently, Tell All gives the cast a chance to mingle and question each other’s relationships as well. However, all the fun and drama aren’t possible if the show’s host is ineffective and boring. But definitely, that’s not the case with 90 Day Fiance because Shaun Robinson has been hosting the Tell All since 2016. Indeed, the celeb makes the episodes more spicy and dramatic. Certainly, fans have been watching her for years, but recently they discovered her age and were shocked to know that Shaun is even older than Angela Deem. But how old is she? We have all the information you might wish to know, so keep on reading.

The 90 Day Fiance Tell Alls have always been dramatic ones. Apparently, since season 4 of the show Shaun Robinson has been the host, and now Tell All is simply incomplete without her. Undoubtedly, she adds that extra bit of everything and makes the episode entertaining. Over the years, the celeb now knows the exact spot of the cast to hit on and to get all the tea from them. Evidently, Robinson is a well-known Emmy Award-winning journalist, philanthropist, author, television personality, and producer who also works for the empowerment of girls. Impressive, isn’t it? But you might get a shock after hearing Shaun’s age!

Apparently, as per the reports, Shaun Robinson is around 60 years old currently. Shocking? Indeed, fans couldn’t believe the fact as they thought the host was much, much younger than that. Not only this but her enthusiasm and vibrant personality doesn’t even hint a bit that aging is something that’s meant for her as well. The viewers took this news to Reddit and discussed it. A user started the thread by asking if anyone else was aware that Robinson is 60, as she looks incredible. The viewers went haywire and simply called it witchcraft.

But the users also pointed out the fact that Angela Deem is around 56, as per the show’s timeline. Yet, the 90 Day Fiance celeb looks much older than Shaun. However, the viewers predicted that maybe because of her habits like smoking and her fondness for soda would have led to early aging. Not only this, but it’s not fair to compare two women because there might have been various factors and life experiences that are unknown to the world but contributed to the faster-aging process.

Many 90 Day Fiance fans must be familiar with Tim Malcolm. Apparently, the celeb came to the limelight for his storyline with Veronica. Recently, the TLC star expressed his wish to become the show’s host. Not only this, but he further revealed that being an anchor and a host has always been Tim’s dream job. Evidently, the viewers don’t think it’s a bad idea. Indeed, it would be great if a person would ask real fans questions instead of following the producer’s scripted procedure.

Not only this, but the viewers also demanded a live audience because, lately, they felt that some crucial questions were left out. Hence, this loophole gives room for the stars to escape with their disguised answers. In addition to that, the fans also pointed out the fact that Shaun couldn’t handle Angela while she was storming on the set in front of her eyes in the recent Tell All episode. Hence, it would be great to watch if Tim could handle the responsibility or not. Keep coming back to TV Season & Spoilers for all the latest 90 Day Fiance tea.