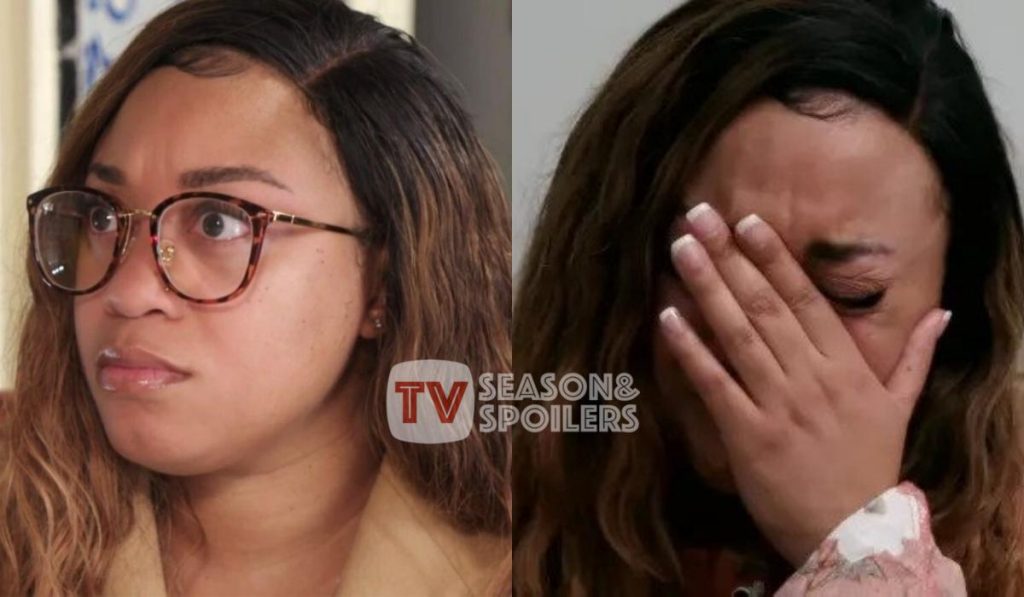 All 90 Day Fiance fans were quite upset when Memphis Smith left the Tell All special early. In fact, they were looking forward to her interaction, and it didn’t happen. Although her husband Hamza Mokni was present at the studio, she went away. Now some leaked footage has been making rounds on the internet suggesting why the star left early. Apparently, it has something to do with privacy invasion. Keep reading more for all the latest information!

90 Day Fiance: Memphis Furious At Cameraman For Filming Her While She Was Breastfeeding

Memphis and Hamza became reality show stars after appearing in 90 Day Fiance: Before The 90 Days. In fact, their storyline had the most twists in drama, starting from cultural barriers, language, and prenup arguments. However, they worked all these things out to tie the knot by the finale episode. That’s not all! The couple also found out about their pregnancy while honeymooning. Then they appeared in the Tell All special, where Memphis left early. Furthermore, fans found it fishy and didn’t buy into her excuse about feeling unwell.

Now some leaked footage has come into the limelight, which suggests why the celebrity left early. Apparently, an incident took place when the couple was filming for another spin-off, ‘Happily Ever After?’. The clip revealed that the Michigan native was in her bedroom breastfeeding her and Hamza’s newborn daughter when she realized someone was filming her. Hence, she got into a heated argument with the producer about this. However, the crew assured her that they wouldn’t use this footage. The 34-year-old stated that it’s more about their integrity than her privacy. Additonally, a page by the name of merrypants shared the snippet on Instagram.

However, since the internet made the video viral, neither Memphis nor Hamza have reacted to this. Therefore, viewers are looking forward to finding out how they feel about this situation and whether they’ll come clean or not.

90 Day Fiance: Memphis Leaves The Tell All Early, Doesn’t Want To Explain Herself For Leaving Hamza?

Memphis and Hamza became the talk of the town after appearing in the Tell All. Initially, all the foreign cast members had joined the event through video calls. In fact, they had to do so as they were staying in their native countries. Hence, fans were in for a surprise after realizing the Tunisian man was already in America and came to the studio to film. However, his partner began showing migraine symptoms and went backstage and eventually left. However, 90 Day Fiance viewers weren’t on board with this. That’s because they found the entire thing to be strange.

Therefore, speculation began on the internet that the new celebrity left on purpose. Hence, fans began believing she did so to avoid talking about her and Hamza hitting a rough patch or her pregnancy. Later on, another leaked set of screenshots suggested that the couple is no longer living together in Michigan. In fact, there are chances that Memphis and Hamza will go through a divorce soon. However, the audience now believes the privacy incident is the real reason why she wasn’t at the Tell All for long. Keep reading more updates on TV Season & Spoilers for all the 90 Day Fiance news.