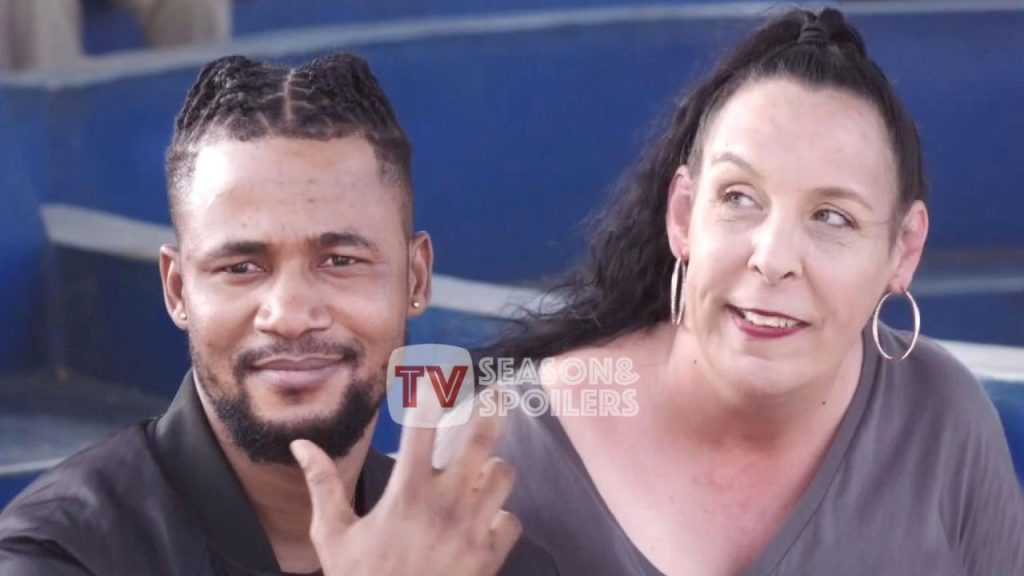 The latest season, 90 Day Fiance: Before The 90 Days, has a new couple. It turns out Kimberly Menzies recently made her debut with Usman ‘Sojaboy’ Umar. Apparently, the latter has already been a part of the show with Baby Girl Lisa. There are rumors circulating over the internet claiming he has made things official with his current partner! So, have they finally sealed the deal? What will happen to his former wife? Keep reading to get all the answers!

Lately, Kim and Sojaboy’s relationship has been in the limelight a lot. As per the new 90 Day Fiance episodes, things are going tough between the two. However, a shocking revelation has made all the viewers curious again. As per an Instagram page by the name of ’90shotzfired’, the couple finally walked down the aisle. Yes, that’s right, they presumably married each other. As per them, the couple currently is in Sokoto, Nigeria. Moreover, the upcoming episodes might also feature a segment with a ring. The page posted a picture with the ring on the celebrity’s hand to support this.

However, this led to confusion amongst the fans as Usman is still in a marriage with his ex, Lisa Hamme, aka Babygirl Lisa. Apparently, she talked about the matter in a video and claimed Nigerian marriage laws don’t apply in the US. As a result, Lisa left Usman and got married again to a man by the name of Tracy. Hence, viewers now believe the aspiring musician is married for the second time. Yet, the source stated that the country’s official marriage registry only allows one wife. Thus, nothing can be confirmed or denied unless any cast members shed light on this matter.

90 Day Fiance: Kim Faces The Heat For Trying To Force Herself Upon Usman!

A lot of problematic things have happened in Kim and Sojaboy’s storyline. Apparently, the viewers canceled the former for her predatory ways. That’s because she seemed very hellbent on sleeping with her partner. Although her man clearly told her his Nigeran culture doesn’t allow a man and woman to be intimate unless they are in a relationship. As a result, the American native went through a meltdown while screaming at her co-star. Due to this, he left the hotel room he was staying in with the notorious cast member. However, he came back when the 50-year-old begged for him to return.

Moreover, this incident led to such a backlash that the fans called the celebrity a “sexual predator”. In fact, they also lauded Usman for still treating her with “respect” after this. Apart from this, some people from the fanbase also wanted the network to fire such an individual for her inappropriate behavior. That’s precisely why they can’t understand how the two of them got allegedly married to one another after so much backlash and toxicity. Well, only upcoming episodes will explain how they sorted out their differences. Keep checking TV Season & spoilers for more such updates.