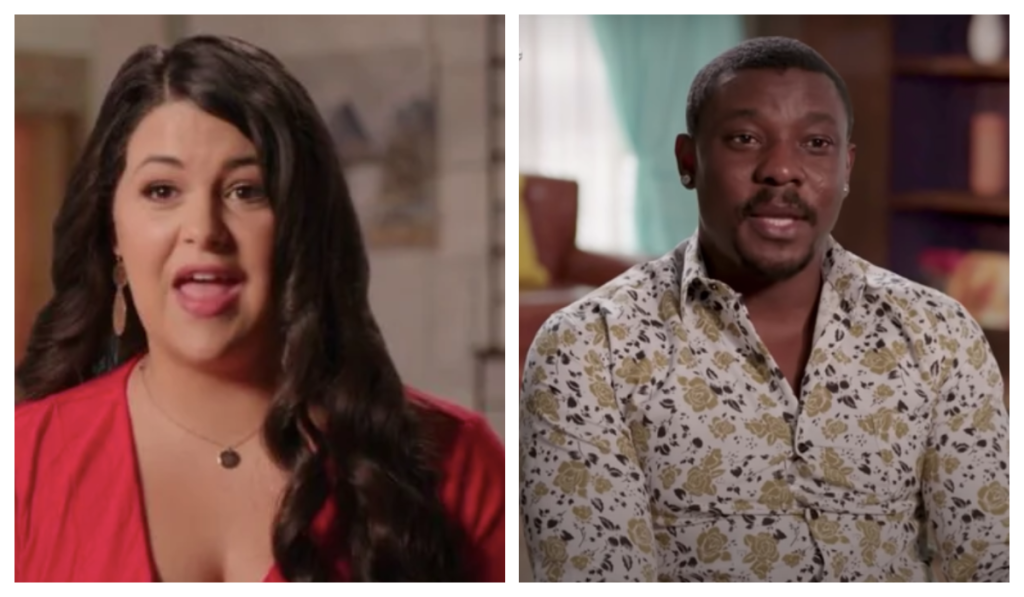 Emily and Kobe have been going thorns since their first meet in America. Instead of planning a date night, the 90 Day Fiance celeb set out for dinner and discussed financial banter. It was pretty rogue of Emily to discuss such things when she knew her fiance had just landed from a hefty flight. Now, Beiberly has again made her fiance feel insulted, and he thinks she has changed. So, tune in to know more.

Emily and Kobe’s love story started straight away from a Hollywood script. The couple met in China, thinking it to be a one-night stand. However, destiny had other plans, and they ended up giving birth. However, the couple had to separate ways due to the pandemic, and now after two years, Kobe is finally able to meet his son and fiance. At present, things are not looking good as Kobe and Emily are hitting the bat against each other. Per ET, tension has started arising regarding small things between the love birds.

Well, the couple isn’t short on topics that they disagree about. And to add on, new things are piling up. First, Bieberly is super conscious about how Kobe is handling their baby

. Blaise says he is very good with kids during his confessional, and Emily doesn’t know it. Hence, he wants his 90 Day Fiance to have trust and confidence in him. So, as the couple was heading out for a trip, Emily exhorted on driving. However, Blaise humored that he should drive as he doesn’t feel Bieberly is a good driver. However, the fiance isn’t amused by the response and retorts she won’t let him drive.

According to Emily, she doesn’t feel safe letting Kobe drive with Koban in the car. Meanwhile, Blaise takes it as an insult and admits he is not pleased to sit with her in the car. Blaise confesses that Bieberly is not the same as she was in China. Kobe pressed on the point that Emily used to be sweet, and they had so much fun together. However, she has changed a lot in America, and to Blaise, it feels like his fiance already has things planned. Meanwhile, Kobe wants to set his own rules and live as he wants.

Looking at the way how Emily treats Kobe, fans are not happy. They feel that the 90 Day Fiance celeb is emasculating her man. Likewise, Bieberly seems to shut off each of Blaise’s requests. The fans don’t see a future for the couple. Meanwhile, one fan did support that Emily is correct in not letting Kobe drive without a driving license or insurance. However, her disrespect towards him is not appalling. So, as much as Emily is controlling, is Kobe.

In the previous episodes, he wasn’t allowed his fiance to breastfeed their son. According to Blaise, he doesn’t want to share Emily with his son. More so, Blaise has been hit by a major cultural difference, and he tends to compare it every time. However, the mother wants to build a strong connection with her, and she isn’t willing to miss the opportunity. Well, the couple’s differences have caused useless risk to their relationship. Do you think the couple will be able to handle it? Tell us in the comments below. And stay tuned to TV Season & Spoilers.