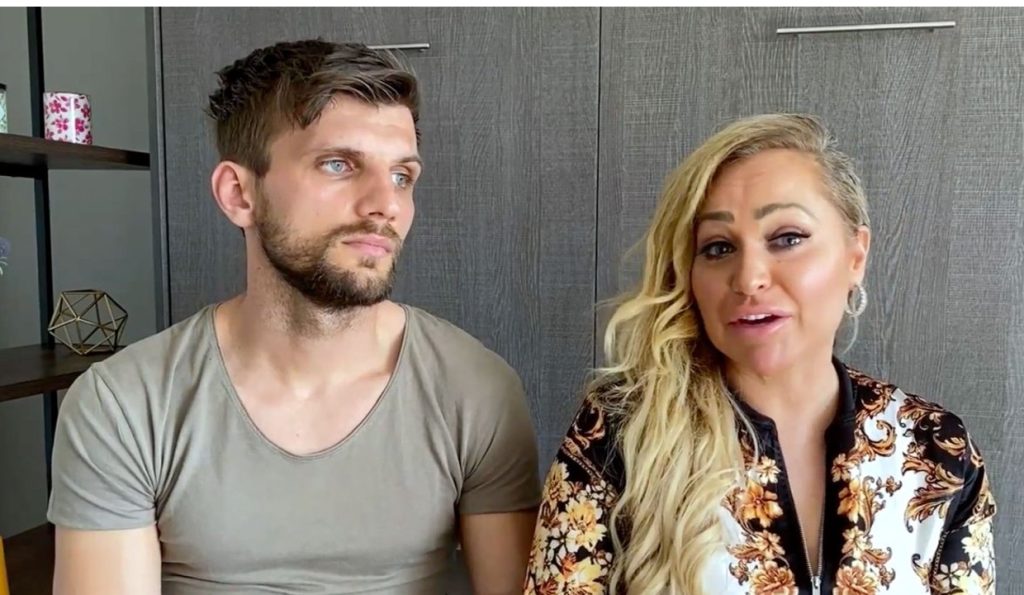 Darcey and Stacey have become an important part of TLC. Initially, the former’s journey began through the show 90 Day Fiance. Viewers then found out that she also had a twin sister. Eventually, they loved the siblings’ family dynamics so much that the stars now have a show of their own. Hence, it focuses on things from their everyday life, including their love stories. Well, Stacey has been married to a social media model, Florian Sukaj, since 2021. Recently, both of them posed for a photoshoot together, and viewers weren’t happy about it. Keep reading to know more details about this.

Darcey and Stacey are now one of the biggest names to come out of the TLC family. In fact, having a reality show of their own has done wonders for their career. They seem to enjoy their success as they often get multiple surgeries. Apparently, both the sisters are obsessed with looking perfect. Hence, Darcey and Stacey have undergone multiple operations, including fox eye surgery, nose jobs, botox, butt lifts, and so on. Therefore, the Silva sisters are always in the limelight for such things. In fact, they also depict it through their show. However, Stacey has made everyone raise their eyebrows this time.

Well, it turns out that she and her husband, Florian took to social media to share pictures from their recent photoshoot. Well, it was quite an unseemly image as Stacey was straddling her man in it. Apparently, both of them were doing so to promote the twin’s fashion line, ‘House Of Eleven’. Well, the 90 Day Fiance fans didn’t like it one bit. Well, they took to Reddit to say that Stacey was looking like a “big baby,” and the couple failed at their attempt to look “sexy”. Eventually, a laughter riot began on the platform while fans gave the couple a big thumbs down for their photo.

As mentioned above, both Darcey and Stacey silva are obsessed with getting multiple surgeries. In fact, both of them look very different now compared to their debut on 90 Day Fiance. Moreso, they often update their fans through social media about their transformations while crediting their doctors. However, Stacey Silva had to undergo a lot of trolling recently. That’s because she put up a picture of herself showcasing her side profile. Seemingly, the celebrity was flaunting her structured nose and lips. However, fans were quick to spot something.

It turns out that Stacey Silva was using filters on her photo. Hence, 90 Day Fiance fans found this odd. That’s because the star had already gone through multiple surgeries to make her face strictures. So, viewers couldn’t figure out the need to use image filters on top of it. Noted Instagram page @90day_e11 shared the post. Therefore, the fanbase began to slam the famous sister for her “photoshop fail”. However, Stacey has not yet reacted to the backlash and continues to post about her life on social media. Keep track of all the latest news updates only through TV Season & Spoilers.