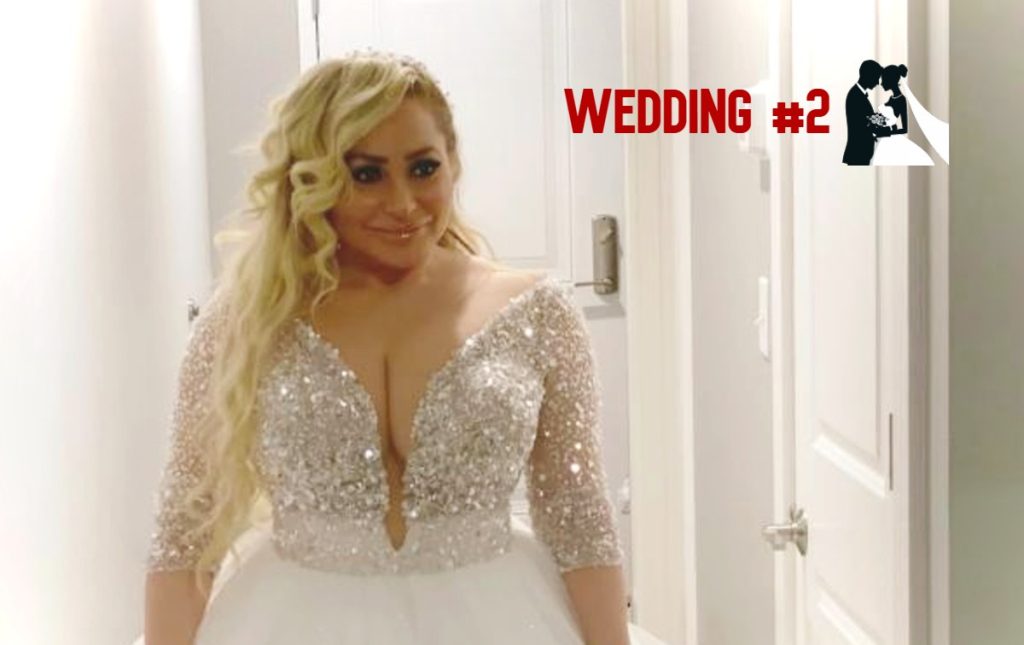 Darcey Silva was the first one out of the Silva twins to get her segment on 90 Day Fiance. Once the fans admired her dramatic personality in the show, they got to meet her twin sister Stacey. Both of the sisters gave a glimpse of their dating lives through the show. That’s when viewers got to see Stacey’s boyfriend, Florian Sukaj. They had been married before after a few months of dating. But things didn’t work out owing to his infidelity. But it looks like the couple worked on their differences and decided to get married once again! Keep reading to know more about this and see pics from the second wedding event.

Stacey and Darcey Silva have become one of the biggest names in the reality TV realm. After their appearance on 90 Day Fiance: Before The 90 Days, TLC ended up giving them a show of their own. That’s when viewers got to see more of Darcey and Stacey’s personal lives. The latter had a boyfriend at that time, Florian Sukaj. They met online and began dating. Only a few months later, the model proposed to his woman, and they got engaged and walked down the aisle in 2020. However, their marriage had issues. That’s because news about Florian Sukaj’s affairs

However, all of that is in the past, as they gave love another chance. Stacey and Florian have married again and shared exclusive pictures from their wedding ceremony with TLC. Stacey was in a beautiful white dress covered in glitter and embroidery at the top half. Meanwhile, her husband kept it classy in a black and white tux and a black bowtie. Both of them appeared quite happy as they posed for the camera. Fans feel that they will get to see the second wedding ceremony in the upcoming season of the show.

Stacey and Darcey remain in the limelight owing to their cosmetic procedures too. At first, during their TV debut, both of them looked very different. As they got lots of fame and fortune, they started trying very hard to achieve the barbie look. This meant getting multiple surgeries like fox eye, boob jobs, rhinoplasty, and fillers, and the list is endless. They share everything about their transformations in their new show too. However, one of Stacey’s stunts made everyone raise their eyebrows recently.

Stacey and Darcey also have a fashion line by the name of ‘House Of Eleven’. Hence, the former was promoting the same through her social media handle. In order to do so, she pulled some sexy poses with her husband, Florian. Apparently, Stacey climbed on top of her man for the photoshoot. Fans took to social media to reveal there was nothing sexy about the poses, and they were concerned for the two for attempting dangerous poses for the pics. So far, neither of them has responded to the backlash. Keep coming back to TV Season & Spoilers for the latest 90 Day Fiance updates.