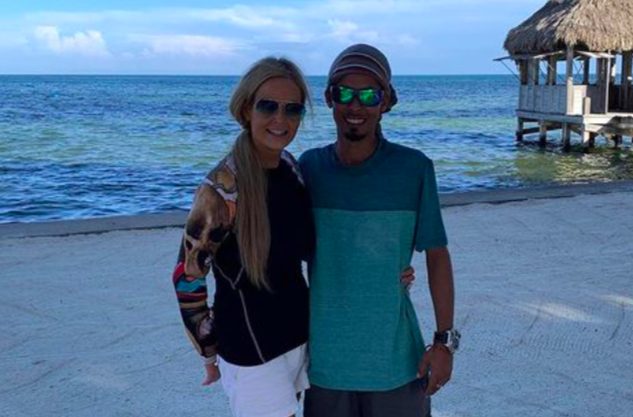 90 Day Fiance couple Stephanie and Ryan have had a patchy relationship. With this new season, the couple is going to reveal some shocking details about their lives. We know that Stephanie revealed cheating on Ryan with his cousin, Harris, at the beginning of the season. However, there’s more to what meets the eye. Have a look here.

90 Day Fiance: A Patchy Relationship Of Stephanie And Ryan

The current season of 90 Day Fiance introduces Stephanie and Ryan. The viewers quickly loved the couple for their aww factor. While Stephanie is a 52-year-old woman who never married, Ryan is just 27 lad hailing from Belize. The two met around three years ago in Belize and instantly hit it off. Their relationship did start on a platonic level, but soon, they found themselves inseparable. That’s how their relationship took off and became official.

Stephanie Confesses To Cheating On Ryan With His Cousin

Apart from a glaring age gap, Stephanie and Ryan have had major trust issues between them. Once, she found out about Ryan texting three different women. That had upset Stephanie, who found solace in Harris’ company. The two happened to sleep with each other, but soon, the reality star was back to dating her young love. The previous episode of the TLC show saw Ryan getting approved for the K-1 visa, but his interview is out on hold.

Stephanie And Ryan Airport Scene Staged In A Resort

A post shared by 90 Day The Melanated Way (@90daythemelanatedway)

Amid this, a Reddit user made a shocking revelation that left everyone in a fix. They wrote that they were in Belize in October when Stephanie arrived for the shooting. They shared that the scenes between the couple at the airport were actually shot on a resort. The user further claimed that by the end of the season, Stephanie might be dating another man, as reported by Instagram fan page 90daythemelanatedway. With this being said, they added that the network tries to reproduce a lot of stuff and scripts the shows as per their schedule. So, authenticity is definitely questionable.

The Redditor explained that they saw the couple posing beside the beach and having dinner with the crew. To substantiate their point, they had also put up a few pictures. They went on to share that Stephanie and Ryan probably broke up then after a psychic tells the former that Ryan is bad news. So, it was like she was dating him on Sunday but moved on to dating Harris on Wednesday.

Although none of these talks are official, the leaked pictures have a valid point. For more, we’d have to wait for the subsequent episodes of 90 Day Fiance? What do you think about Stephanie and Ryan’s relationship?