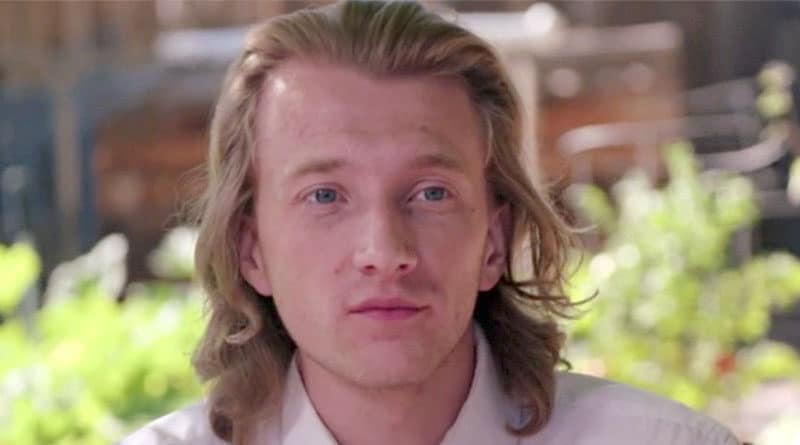 Things really haven’t been looking up for 90 Day Fiance cast member Steven Johnston. It is because he was recently called out by some female netizens for making them feel extremely uncomfortable. Looks like the Utah native has frequently been contacting women virtually and asking them to send him ‘improper’ pictures of themselves. It took no time for this incident to spread around the internet like wildfire. As a result, the TLC viewers are more furious than ever. Stay hooked for further details about this alarming incident!

90 Day Fiance: Several Women Call Out Steven For Being ‘Creepy’

The 90 Day Fiance: The Other Way star has been using his social media to approach women virtually. He has been chatting them up and eventually asking for ínapropriate pictures. However, a bunch of victims refused to stay silent and spoke up about the matter, as per ScreenRant. To make matters worse, some of them are even identifying themselves as teenagers. Their parents have been using their own accounts to call the TLC personality out. A page on Instagram, You’re Road Chuckness, quickly compiled all the allegations. These anonymous women were calling him “sick.”

A couple of accusers also urged other women like them to send all the proof to TLC so that justice is served. Many termed him to be a “predator” and wanted him to pay for his actions. Other 90 Day Fiance watchers seemed convinced that this incident would definitely lead to Alina leaving him for good.

This wouldn’t be the first instance of Steven being unfaithful. He has confessed in the reality show to not abide by Alina’s request. She wanted him to stop interacting with other women online. When that didn’t happen, she put him up for a test. Alina contacted her friend from Russia, Masha, to flirt with Steven to get his reaction. The cast member didn’t know she was related to his ‘fiancee.’ Needless to say, he failed the test. The most outrageous part is that the 25-year-old didn’t apologize for his actions

. In fact, he made multiple excuses for not deleting his social media immediately when Alina wanted him to.

90 Day Fiance fans have termed Steven to be the villain of the current season. Prior to this, he even came clean about making out with as many as 100 women! But he wants Alina to practice chastity until they marry one another. The TV celebrity has also urged his partner to convert to Mormonism once they tie the knot. These double standards didn’t fit right with the audience. They have often called him very hypocritical. Some of them have also speculated that he has no plans on marrying Alina. Instead, he came to the show solely for ‘fame.’ This makes him very ‘problematic’ in their eyes.

Amid all this, there has been no reaction from the Russian resident. Only time will tell how things shape between the two now in the upcoming episodes of 90 Day Fiance: The Other Way.