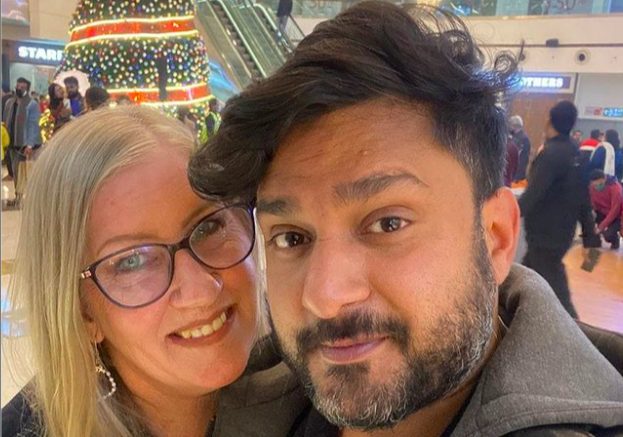 Sumit Singh and Jenny Slatten have been a fan favorite since they first debuted on season 1 of 90 Day Fiance: The Other Way. Despite their large age difference, they are super compatible and seem to love each other. However, we can rarely hear the talks about the wedding bells. The duo has made some revelations about whether there is going to be a walk down the aisle in the 90 Day Fiance: The Other Way season 3 premiere. Let’s take a look.

90 Day Fiance: The Other Way, Will Jenny And Sumit Say I Do?

The promise ring and commitment in the season 2 finale seemed adorable. But these love birds have been exhibiting a lot of stagnancy in the relationship. There hasn’t been a shortage of complications in their love but somehow they have been able to get rid of most of them. In fact, Sumit even got married to another woman and divorced her.

Sumit catfished Jenny when they just started talking, revealed his true identity when he confessed his love for her, and secretly got married to another woman in an arranged marriage scenario. Despite everything, the couple has still managed to stay together.

But what about tying the knot? In the previous season, we saw the intense altercation between Sumit and his parents when he brought up the subject of marrying Jenny. She was sitting right t here when Sumit’s mom yelled at him on the top of her voice and even gave a suicide threat. Keeping that manipulation aside, Sumit recently explained that he is going to keep trying to convince his parents and show them how much the couple loves each other. As suggested by Eonline

Like that wasn’t enough, Sumit’s mom has actually moved in with the couple. Possibly, she’s going to test how Jenny is as a bride for her son. Sumit is hoping for his mother to blend in and be nice. However, he is also prepared in case she tries to poison his ears against Jenny to turn him against her.

90 Day Fiance: The Other Way, Will Sumit’s Mother Like Jenny?

Jenny revealed that the major plotline is going to be whether Sumit’s mother ends up liking Jenny or not. Of course, considering how things went the last time, it’s not going to be a smooth sail. What do you think Sumit’s mom’s verdict is going to be after living with the couple for some time? Will Sumit and Jenny finally be able to tie the knot? Let us know in the comments below.