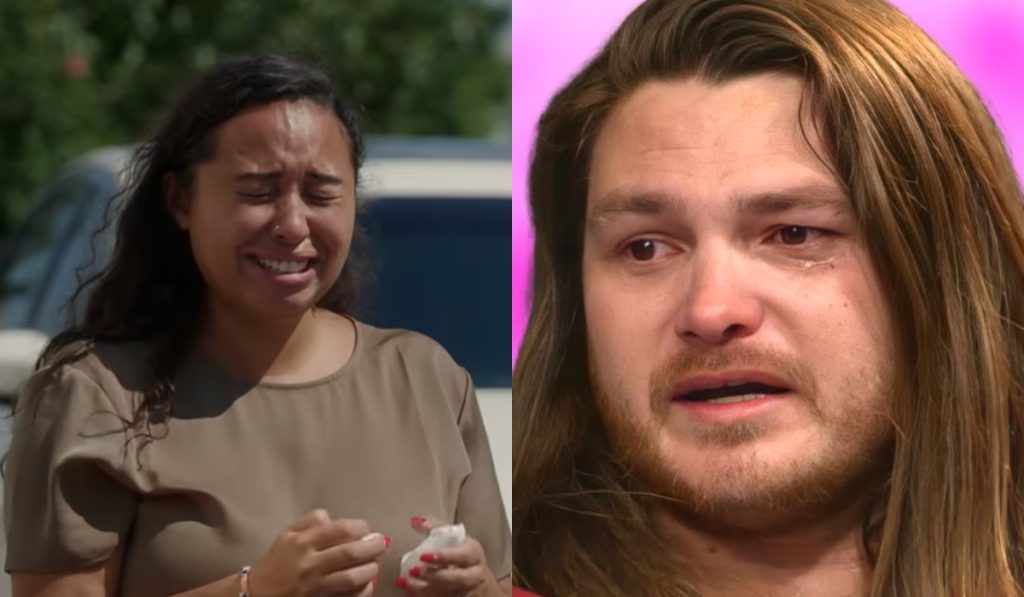 Tania and Syngin had an epic journey on 90 Day Fiance at first. They were quite the travelers and adventurers. However, these aspects weren’t enough for them to continue their marriage. Alas, they ended up separating. Despite this, the couple refused to go for divorce officially, began living away, and moved on. However, not making things legal had its consequences. It turns out that the former couple finally acted on this. So, both of them did something major while starring in the latest Tell All episode. For the first time ever in the history of special episodes, they signed the divorce papers on TV. Keep reading to know more details about this.

Tania and Syngin had to undergo a lot of highs and lows during their 90 Day Fiance debut. Although they married one another, their relationship wasn’t a happy one. It turns out that both of them wanted very different things in life and had lots of conflicting views. This included their careers, future plans, and the wish to expand their family by having kids. When they couldn’t find a solution, they went for separation, and Syngin moved out of his ex-wife’s house. At last, Tania also became a part of 90 Days: The Single Life after her former lover, Syngin, in the latest season. A new ET promo reveals that the host, Shaun Robinson, wanted an update from the couple. It was about their divorce proceedings. The American woman took a long dramatic pause before revealing something massive.

It turns out Tania Maduro had bought a “notary” and also the divorce documentation. So, all that was left to do was for her and Syngin to sign the papers. Both of them happily sat on the couch together to do so. Shaun noted that it is the “first time in Tell All history” that something like this was happening on TV. As Tania and Syngin had made peace with their separation

, both of them were ready as ever to sign the paperwork and move on with their lives. Although Tania claimed to be “emotionally divorced” from Syngin, it created problems in her dating life, especially during her trip to Aruba. However, all of that is in the past now. The fans were also happy to see the two take this major step together.

90 Day Fiance: Tania Finally Moves On! In A Relationship with Another Reality TV Star, Michael Jessen?

While Syngin has been upfront about welcoming love again in his life, he introduced his girlfriend online. Since then, they have shared many pictures together and have been flourishing in their relationship. Hence, the 90 Day Fiance star has finally moved on. However, Tania was still having problems moving on, as evident through her Single Life journey when she broke down in heavy tears during her retreat. But the latest details suggest that Tania has also found love in her life. Well, it is none other than the 90 Day Fiance alum, Michael Jessen. He appeared in the same franchise with his partner, Juliana Custodio. Both of them got divorced from one another only after two years.

Noted blogger John Yates had mentioned that Michael and Tania were so serious that they even planned to move in together. Later, some fans spotted them stealing a kiss at a public place. However, neither Tania nor Michael has spoken up about that matter. But Maduro did mention that she is going to reveal the “truth” soon through her Youtube Vlogs. Hence, she told the audience to stay tuned for the same. As far as Michael is concerned, he is refraining from interacting with the audience and hasn’t clarified anything so far. Keep coming back to TV Season & Spoilers for all the latest 90 Day Fiance updates.