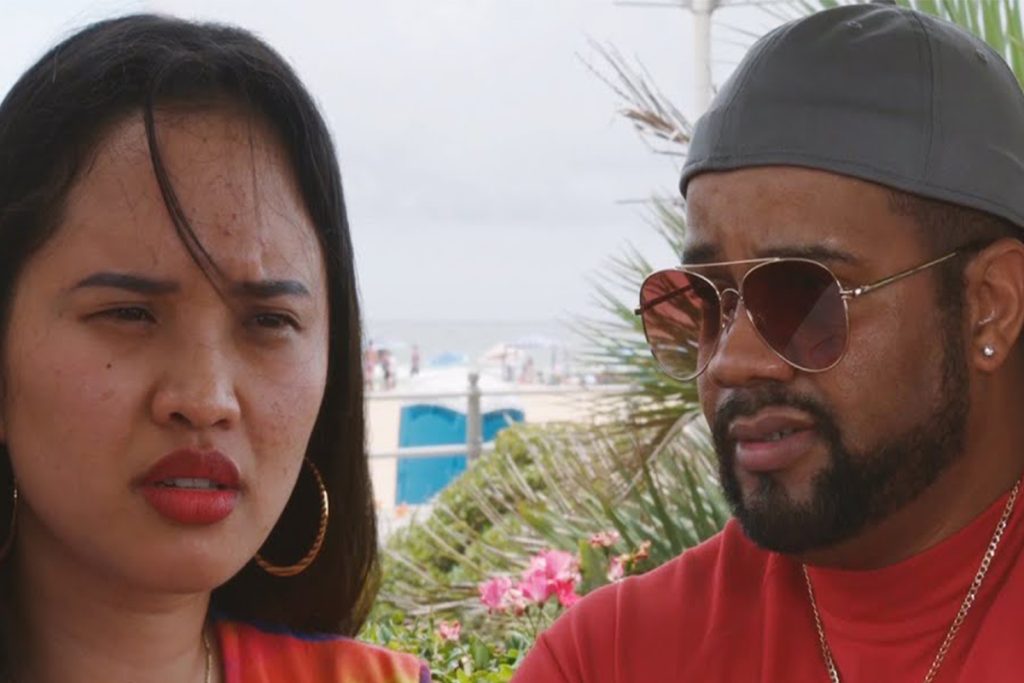 Popular 90 Day Fiance couple Tarik Myers and Hazel Cagalitan had an amazing journey on the reality show. They had their fair share of ups and downs in their relationship. Despite that, they came out stronger than ever and got married to each other. Unfortunately, it seems as if there is trouble in paradise for the couple. The duo has done some shocking things on the internet, making everyone believe that they will soon call quits on their relationship. Keep reading to get your daily dose of reality TV tea!

Tarik Myers is very active on his social media handle. As a result, he often makes a ton of posts to stay connected to his fans. However, there are times when he shares very suggestive yet mysterious messages too. That’s exactly what happened this time. Since he pulled this stunt, fans have started to believe that his marriage with his 90 Day Fiance wife and co-star Hazel Cagalitan is in trouble. It turns out that the reality star made somewhat cruel posts on his Instagram profile. As a result, fans were quite baffled and began to wonder about his marriage.

Apparently, Tarik had the words ‘Tarzel’ in his Instagram bio. It is the combination of his name with his partner’s. Fans began using this to refer to them during their TV appearance. Now it looks like he has removed those words. However, before removing the term, he added a vicious sentence in the section. It said, ‘I can’t believe you’re a snake too.’ Although he used the word “you”, fans believe he was targetting his significant other through the message. Moreover, when he removed it, he didn’t but back “Tarzel” in his bio.

Apart from this, he also posted three consecutive pictures in a row as main posts. It featured a silhouette of a woman walking away in heels. The quoted text on the image said, ‘trust no one.’ In no time, all reality TV viewers co-related the word ‘Snake’ in his now-deleted bio and the quote about trust. Hence, it is very likely that the 90 Day Fiance couple is having troubles. But, neither of the two have given official statements about the same.

90 Day Fiance: Hazel Resorts To Instagram Too To Reveal Spilt?

Tarik is not the only one who has talked about his failing marriage. Looks like his other half, i.e., Hazel, has also dropped clues about the same. After their season finished its TV run, the star made some concerning posts. Shockingly, she posted a cryptic video of herself walking somewhere in the dark. Fans took to the comments section to ask her about her husband and wanted to know whether she was okay. The Filipino woman came clear about her act the next day.

She explained that she just wanted to “blow off steam”. Following this clarification, Hazel quickly removed all their wedding pictures and changed her bio where Tarik was mentioned. She even went as far as unfollowing him on social media. However, she undid all the changes after a while. During February 2021, the couple had again made headlines. It was because the American filed for bankruptcy. This was his third time doing so. Renowned blogger for the reality show, John Yates, reported this exclusively. Hence, 90 Day Fiance followers also believe that the divorce will soon happen due to their financial troubles.