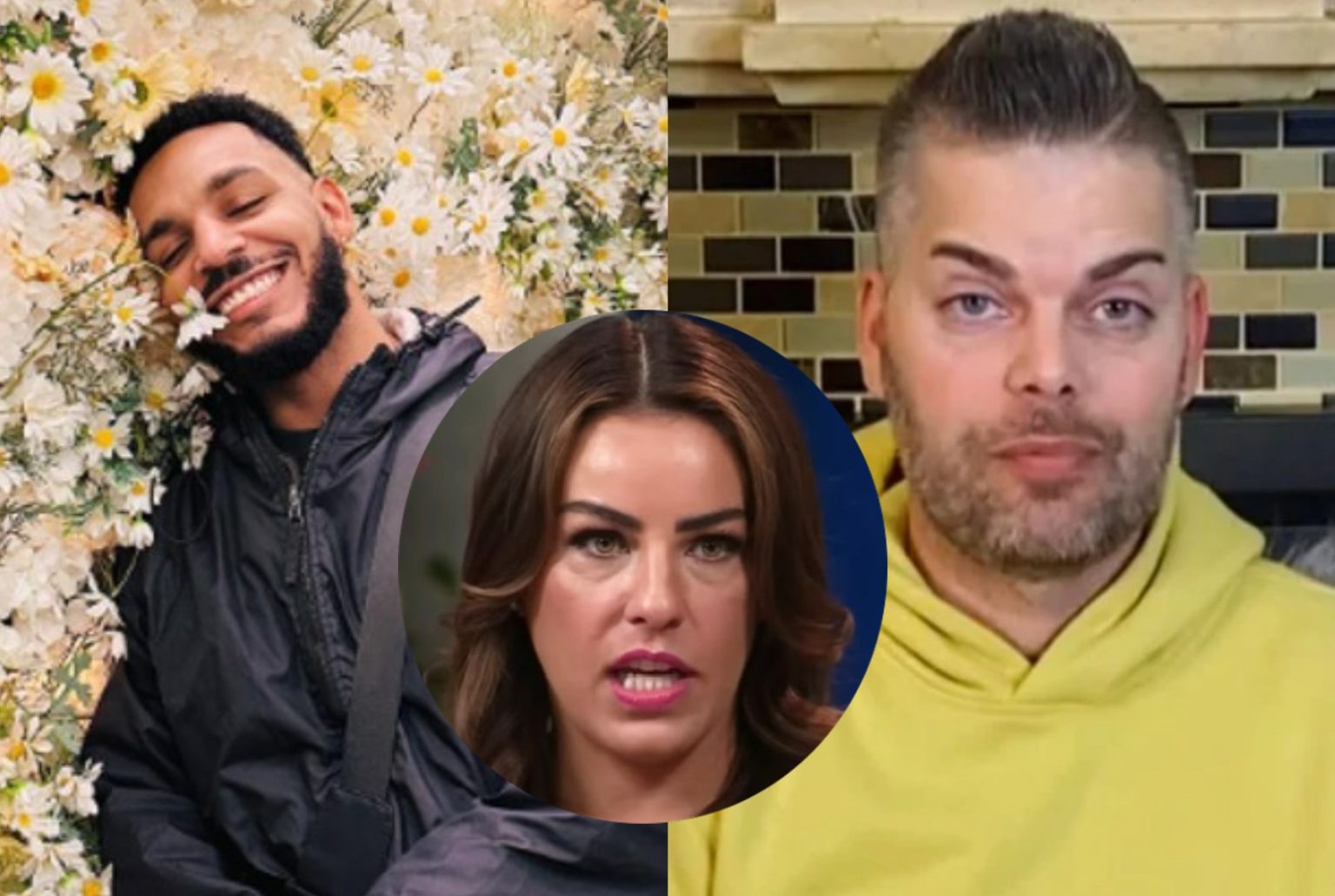 90 Day Fiance: Tim & Jamal Spotted At A Bar Together WITHOUT Veronica!

The unexpected 90 Day Fiance couple Jamal and Veronica has shocked the entire world. Apparently, it has been a while since the viewers were speculating about the duo being together. But finally, they took a sigh of relief after the recent Tell-All episode when Veronica accepted that her new man is none other than Kim’s son Jamal. In the recent episode, the San Diago native threw shade at his girlfriend’s ex, Tim. Apparently, many felt that his expressions were enough to tell that he doesn’t approve of the new relationship. However, Jamal posted a picture recently which suggests that he is hanging out with Tim now. Shocking, isn’t it? We have all the information regarding the outing, so keep on reading.

The 90 Day Fiance recent Tell All episode acted as a curtain raiser for Veronica’s new man. Apparently, it was shocking for the entire cast when the host Shaun Robinson called out Jamal’s name, and he made his entry. Evidently, before he entered, Veronica was appearing in the show with her ex-husband and her best friend, Tim Malcolm. The duo was seated together, but as soon as Jamal came, he boldly asked Tim to swap seats with him because he wanted to sit with the love of his life.

Fans could make it out from Tim’s face that he wasn’t happy with Jamal’s entry into Veronica’s life. Not only this, as he was talking about being intimate with other girls, Tim’s expressions were featured. And it was clear that he was not comfortable with the situation. But it seems that Veronica was successful in making two ends meet. Recently, Jamal took to Instagram and shared a picture that had him and Tim hanging out together. It was really shocking for the world, as the San Diago native captioned it, saying that Tim is not that bad and asked his audience to relax.

Fans speculate that maybe it was Veronica’s idea to get the two together. Maybe she wanted her new boyfriend and her best friend to get along with each other. However, in the picture, it seems that Tim isn’t enjoying the outing much and is having a serious conversation with Jamal. Whereas, the latter seems least interested in hearing what Tim has to say and is busy enjoying his drinks in the club. 90 Day Fiance

fanbase took this screenshot to Reddit and discussed it. Some commented on Jamal’s pants, while others made jokes about the duo discussing a relationship between the three starts. Yet, it will be really interesting to watch how the dynamics will change with the entry of Jamal.

The 90 Day Fiance viewers know that Tim and Veronica’s friendship has always been an eye-brow raiser for the world. However, Malcolm is finally in a relationship with someone really younger than him. In the recent Tell All, the TLC star revealed that Veronica always taunts his ex for dating a younger girl. But fans didn’t understand who is was talking about. Apparently, Tim’s girlfriend’s name is Linda Ramirez.

Linda is just 25 while Tim is 42, making their age gap around 17 years apart. Though the couple used to post a lot of pictures together on Instagram but lately, they haven’t posted any pictures together. Not only this, but they have also unfollowed each other on the site. Apparently, a few weeks ago, someone asked Linda if Tim is still her boyfriend. The star didn’t prefer to reply to the comment, but she did like it. Hence, there have been speculations that maybe Tim is single again. Keep coming back to TV Season & Spoilers for all the latest 90 Day Fiance tea.