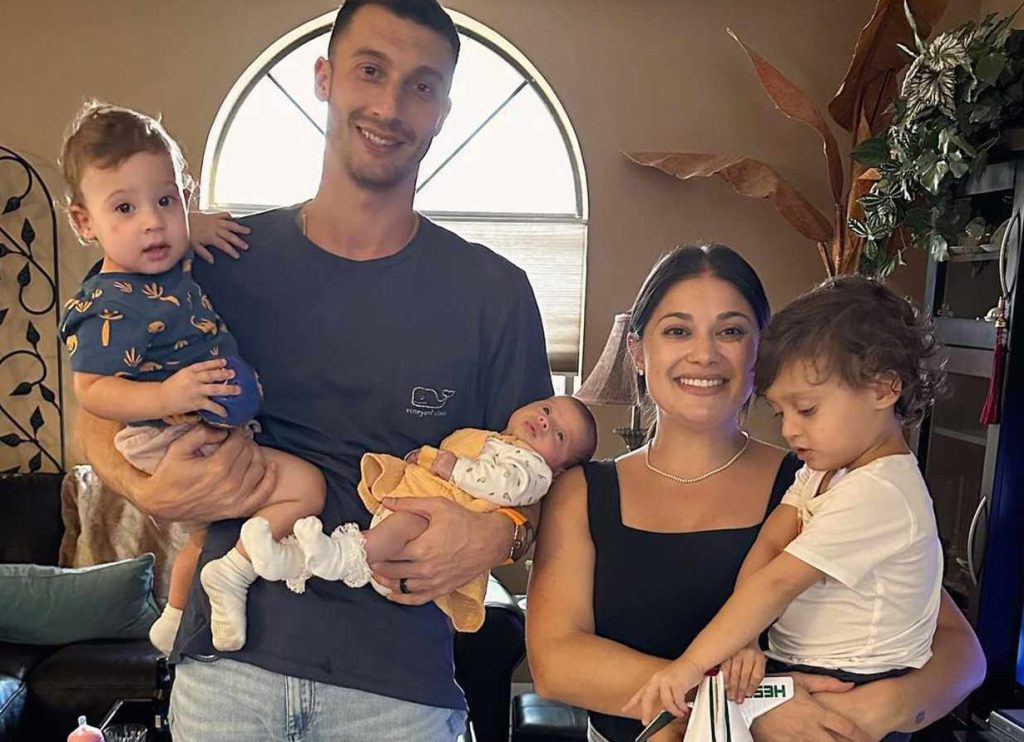 Loren and Alexei were first introduced to TLC viewers during Season 3 of 90 Day Fiance, and after appearing on 90 Day Fiance: Happily Ever After, they landed their spinoff series. The couple met during Loren’s trip to Alexei’s native country, Israel, and they married two years later, in September 2015. They also celebrated with a second ceremony in Israel in the following year. Their relationship has undergone so many ups and down. That’s because Loren’s father never wanted his daughter to marry an Israeli man. However, the two have beautiful kids together. Moreover, it seems that they are planning to move around the world. Tune in to know everything.

90 Day Fiance: Are The Brovarniks Moving To Israel?

Loren and Alexei have a very beautiful family together. They have had three kids in the last three years. The couple welcomed their first child, Shai Josef Brovarnik, in April 2020. Asher Noah Brovarnik, the couple’s secondborn, joined the family in August 2021. Ariel Raya Brovarnik, their third child, was born in September 2022. Now Loren and Alex want to move to Israel for a few years. Well, Loren’s parents, Bryan and Marlene Goldstone were the first to hear about the couple’s plans to relocate. Loren mentioned that it was “important” for their babies to learn where they are from and get familiar with the culture too. The 90 Day Fiance star continued that it would be a “complete change” as they would relocate to a “completely different culture”.

Loren’s mother immediately expressed her displeasure at the reveal, saying she thinks this is an awful idea. Bryan later confessed, asking what kind of man would ask his wife and kids to do this. Shockingly, he stated he didn’t want his daughter to marry an Israeli because of this reason. The 90 Day Fiance couple plans to travel worldwide, so their kids learn about their culture. Alexei mentioned that the trip would be the first time his and Loren’s families have been together since their wedding. On the other hand, Bryan claimed they were only invited to watch their grandchildren.

Alexei revealed that his family was unaware that Loren was pregnant until the group arrived in Israel. After showing that he and Loren are thinking about moving, he expressed concern that Bryan and Marlene would “embarrass” him.

90 Day Fiance: Loren’s Mother Slammed By Fans For Interfering In Her Daughter’s Life

Although Loren and Alexei are not sure about moving to Israel, they are giving this thought some “heavy consideration”. Loren’s mother, Marlene, was not on board with this decision. Apparently, fans do not like Marlene’s behavior, and thus they criticize her opinion. The 90 Day Fiance star is not at all happy that her mother is not supporting her decision. But she also believes that just because her mother is not on her side, that does not mean Loren was wrong for wanting to move. Moreover, Loren got angry with her mother when she learned that her mother was eavesdropping while she was busy chatting with her girlfriends.

By the end of the episode, the 90 Day Fiance star and her mother got into a heated argument. Additionally, Marlene was surprised that her daughter was seriously concerned about moving to another country and talking freely about it. One of the fans mentioned that it was their life and family. S, Marlene should not involve herself in the couple’s decision. What do you feel about Loren and Alexei’s decision? D tell us in the comments below. Well, keep coming back to TV Season & Spoilers for all the latest reality TV updates.