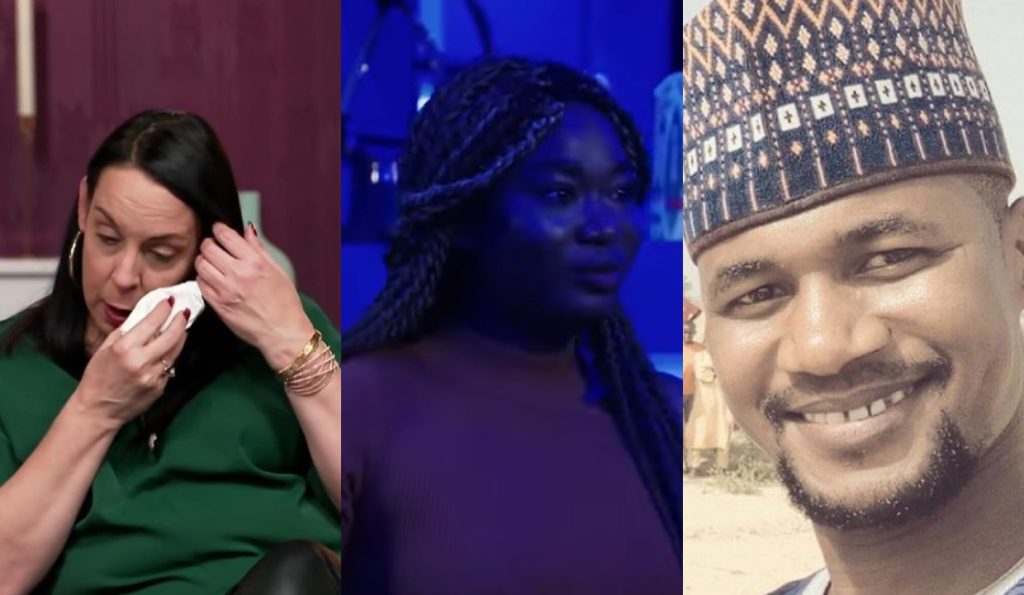 90 Day Fiance: Usman Cheating On Kimberly After She Refused To Follow Polygamy?

Kim and Usman are quite new compared to nearly all other 90 Day Fiance: Happily Ever After couples this season. Their journey began last year with the Before The 90 Days spin-off. As they will soon tie the knot, they are appearing in the latest Happily Ever After franchise. Kimberly went all the way to Nigeria once again to meet her man. That’s when viewers began to spot red flags in Usman too! It all happened during his birthday party. Keep reading to know more details about this.

Kim and Usman’s relationship has been very hot and cold for a long time. Both of them don’t hesitate to disrespect one another, only to make up right after a big fight. This time isn’t different. In the first few episodes, Kim ended up throwing her drink at Usman again after a disagreement. But they made up once again. It was his birthday, and the man decided to make his girlfriend meet his friends. That’s when Kimberly got introduced to Ali, the only other female friend at the party. Instead of appearing jealous, she mingled with her instead. But she couldn’t help but ask Ali something.

Kim wanted to know if Ali was the second wife Usman had chosen to bear his kids. She politely denied this while stating things between them were “pla tonic”. Hence, he wasn’t cheating. However, she didn’t hesitate to take a dig at Kim during the confessional. Usman’s friend stated that if she ever saw t he 90 Day Fiance couple “walking down the street”, she would wonder if something between them was “fishy”. At last, Ali stated Usman could get “any girl in Nigeria”. She couldn’t understand why he was with Kim. This isn’t the first time anyone has suspected this to be a scam relationship.

90 Day Fiance: Kim Says Ali Is ‘Everything’ She Isn’t! Expresses Being Jealous Of Usman’s Friends?

Kim had misbehaved in front of Usman’s friends before. Hence, the latter wanted his future wife to be on her best behavior during his birthday party. The American woman happily obliged. While she appeared happy to be spending time with Usman’s friend, Ali, she got jealous of her. In her confessional, Kim ended up saying that she was “everything” the star “wasn’t”. But she quickly stated that Usman and his friends’ age was the only thing she felt jealous about. But this isn’t the first time viewers saw Kim turning green. It happened during their discussion of Usman having more wives in the future.

Kim was on board for it. She stated that polygamy is a part of Usman’s culture, and she wanted to be respectful towards it. Therefore, Usman having more than one wife was not a concern for it. She also thought he would get wives so that they could bear his children. The American woman is in her 50s and won’t be able to have kids. Usman also assured her that he would only indulge in an intimate relationship with his wives for kids and not for sexual pleasure. The 90 Day Fiance fans feel that Usman has been duping Kimberly, and she is too blind to sense what actually is going on. Stay tuned to TV Season & Spoilers.