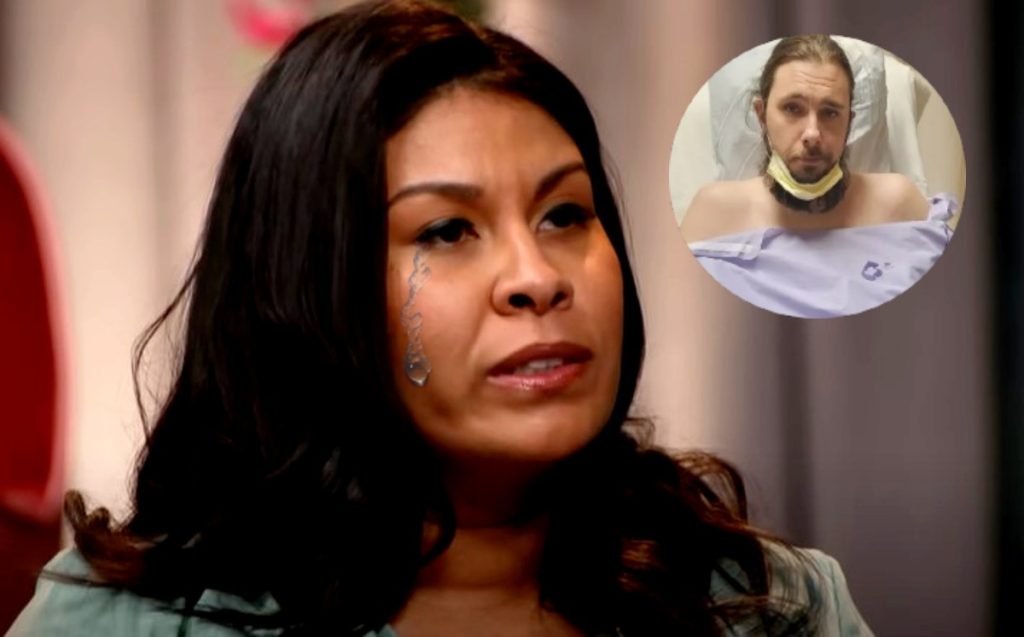 Vanessa Guerra and Colt Johnson became a couple after the latter appeared in The Single Life with his mother, Debbie. While the show focussed on the mother’s dating adventures, her son also got to share details from his love life. Well, the 90 Day Fiance star was initially friends with Vanessa, and later, they took the decision to get romantically involved. When everything worked in their favor, the couple also tied the knot. However, they are now dealing with dire circumstances. That’s because Colt got into a dangerous car accident and injured his leg quite badly. Lately, his wife has taken to social media to provide an update about his progress. Stay tuned to know more.

Colt Johnson has been a popular face to come out of the 90 Day Fiance franchise. He was first in the limelight for his relationships with Larissa Lima and then Jess Caroline. When both his marriages didn’t work out, the star finally found love in his friend, Vanessa Guerra. So, they, too, tied the knot and have been living together. A while ago, the famous wife took to her Instagram to share that Colt had gotten into a terrifying car accident. As a result, he badly injured one of his legs and had to go through three surgeries. While the concerned viewers sent the family their prayers, Vanessa provided another update about her partner’s recovery.

Vanessa took to her Instagram to reveal that Colt has a new “leg brace” now. Apparently, it would help him bend his knee a bit since his surgery. Moreover, the Las Vegas resident is also gearing up to start his “physical therapy” from next week. As the 90 Day Fiance star has already started to put weight on his injured leg, the viewers are positive that his recovery will be quite speedy. Vanessa also put up a picture of her husband in a wheelchair with his bad leg stretched out. As mentioned, he had a new brace. Since then, a lot of followers and well-wishers have been bombarding both Colt and Vanessa’s comment sections for thoughts and prayers.

90 Day Fiance: Colt Underwent Three Major Surgeries For His Leg After An Accident!

Vanessa Guerra took to her social media to give a concerning update. Earlier in January, she posted that her husband got into a horrible accident. It happened in December, and the couple had been struggling since then. Apparently, Colt had to undergo three major surgeries. His leg had been injured so badly that the 90 Day Fiance star underwent three major surgeries. In her post, Vanessa explained that her husband’s leg was broken and dislocated. She further mentioned it was his “tibia/fibula” and also a “torn meniscus.”That’s not all. The heavy medications and anesthesia also took a toll on Colt. Unfortunately, his bladder stopped working, and he had to use a “catheter.”

The troubles didn’t end for Colt and Vanessa. Well, their apartment is on the second floor. So, the 90 Day Fiance star had difficulty going upstairs, and the couple had to move. Vanessa was expecting her partner’s recovery to happen within the next 6-8 months, i.e., almost more than half a year. Since this harrowing update, the viewers were at ease after Vanessa stated that Colt’s physical therapy would start soon. She also asked her avid followers to send some “words of encoragement” his way. The fans have been doing so through social media. Keep track of all the latest reality TV show updates on TV Season & Spoilers.