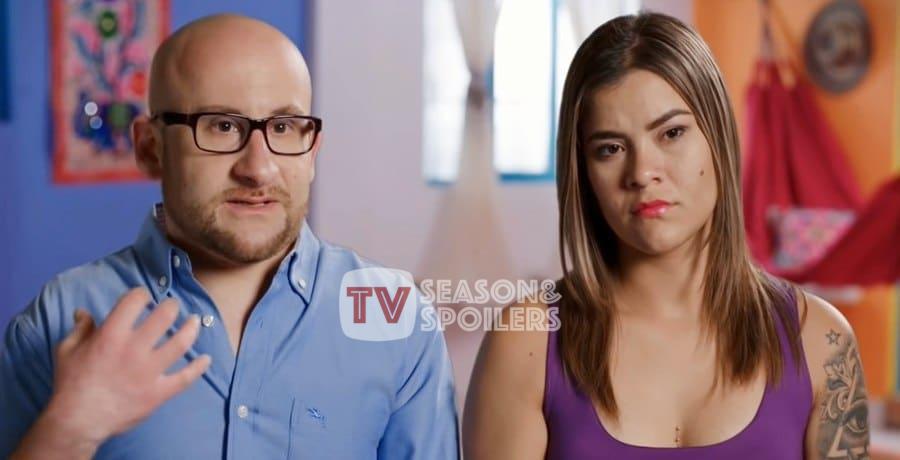 90 Day Fiance: Before The 90 Days cast Ximena Morales told her sister about some awful habits of her boyfriend, Mike Berk. Colombian native swiped right on Mike, and soon then, the couple started dating each other. Well, they have had a long-distance relationship so far, and everything worked well there. While Ximena thinks that Mike could be a provider for her family and handle her kids, she still hid her past. Despite this, it seems she isn’t happy with Mike, especially with his disgusting habits.

TLC recently revealed the first clip of the seventh episode where Ximena seems to have a heart-to-heart chat with her sister. Her sister, Wendy, calls in the upcoming episode to list out some of Mike’s awful habits. Well, the couple finally got some time away from Ximena’s dad and her kids. But when her boyfriend wasn’t around, she told Wendy that while there are some sweet moments together, there are some not-so-good moments too.

So when Wendy asked her to elaborate, she said Mike throws his clothes everywhere like a small kid. She added he let out a fart in front of her and sometimes also burps on top of her. Shortly a few scenes flashed on the screen that depicted his awful habit. There it shows he burped at the dining table that sickened her father as well as Ximena. Later it focused on his dirty-laundry habits and soon shifted on a couple’s moment that was interrupted by his fart.

She further said that it’s funny, but meantime, it’s infuriating too. To which, her sister replied that she would feel comfortable with her partner in the future. So such a thing will look normal and natural at that time. While her sister gave her good advice, it seems Ximena wasn’t convinced at all. This is because she said she would go crazy if they stayed together for a few more years. Will she leave him? Let’s wait till the episode airs.

Ximena posted a TikTok video that let fans speculate that both Ximena and Mike had exchanged the rings. The video strongly hinted that the couple is still together despite all pitfalls. In the clip, the viewers see several pictures of them where one features Mike holding a small box of a ring. There Ximena said in Spanish, thank you so much happiness. Well, deeming the video was posted in January 2021, it seems the couple had virtually changed their rings.

So, it looks like Mike was present virtually. While some fans still doubted it, many think the couple is ready to tie the knot. The speculation came to light when Ximena shared a photo of her in a glittery white dress. That left many to believe that she was busy with her wedding dress shopping. Hence it made it obvious that the couple had already exchanged the rings. Further, they are ready to take their relationship more seriously.