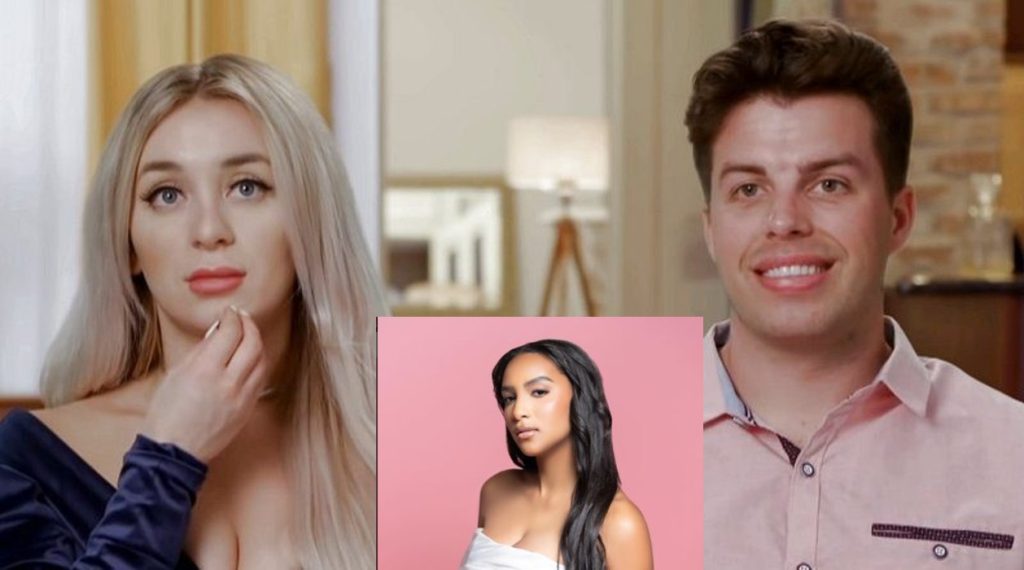 Yara, Jovi, and Chantel are one of the most known faces of TLC’s 90 Day Fiance. Apparently, the viewers loved watching them. Hence, they appeared in several spinoffs. Jovi and Yara are amongst the rare couples who are still together even after having ups and downs in their life. While fans know Chantel for her appearance in the main show and also her own spinoff, The Family Chantel. Evidently, the trio has a huge fan base as they keep their social media handles updated with all the daily chores of their life. However, it seems that their recent post together received backlashes because of heavy filters. We have all the information you might wish to know, so keep on reading.

The 90 Day Fiance star Chantel has been single for a long time now. Hence, she has been reconnecting with her friends and has been living her life. However, recently the star decided to meet her cast mates Yara and Jovi. Fans were happy to watch the trio together but weren’t impressed with the heavy filters that the stars put on their pictures. Recently, a fan page posted a story about Chantel in which she thanked her co-stars for inviting her to dinner.

In the picture, the cast members held beverages in their hands while they were grinning at the camera. But it seems that because of heavy editing, fans couldn’t even recognize them, as per ScreenRant. Apparently, an Instagram user asked in disbelief who are they. The second one added that the stars don’t look like either one. While at the same time, another fan added that Chantel looks really different and is unrecognizable because of filters. Not only this, but some fans even suspected that maybe the celebs got some surgery as even their skin tones also looked different in the pictures.

Usually, celebs post pictures with filters, and fans are used to it. But it seems that this time Jovi, Yara, and Chantel’s pictures were edited to the extent that people couldn’t tolerate it. Apparently, 90 Day Fiance

fans are already tired of the overly photoshopped images of Yara, but this edited reunion tested the patience of the viewers. Hence, they took to the comment section and slammed the stars for looking unrecognizable.

Many 90 Day Fiance fans would be aware of the storyline of Chantel with Pedro Jimeno. The duo was amongst the most promising couples on the show. Hence, it came as a huge shock for the viewers when Pedro filed for divorce from her wife. Not only this, but their marriage ended on bad terms as the now exes put several allegations against each other. So finally, after parting ways with her toxic marriage, the star has decided to restart her life. Well, the celeb has been meeting her friends and focusing on her physical and mental health.

Hence, Chantel decided to meet her friend Yara Zaya. Apparently, the duo posted pictures together on Instagram and shocked the world. The celeb further shared a delicious shot of a meal from Desi Vega’s Steakhouse in New Orleans. In the consecutive picture, Yara Zaya clinked cocktail glasses with the star. Therefore the duo decided to wear black dresses and looked stunning in the snaps. Hence fans were really happy to watch the star being all happy and relieved. Seemingly fans took this event’s pictures to Reddit and mentioned that the single woman was looking great after her breakup. Indeed they make really good friends. Keep coming back to TV Season & Spoilers for all the latest 90 Day Fiance tea.