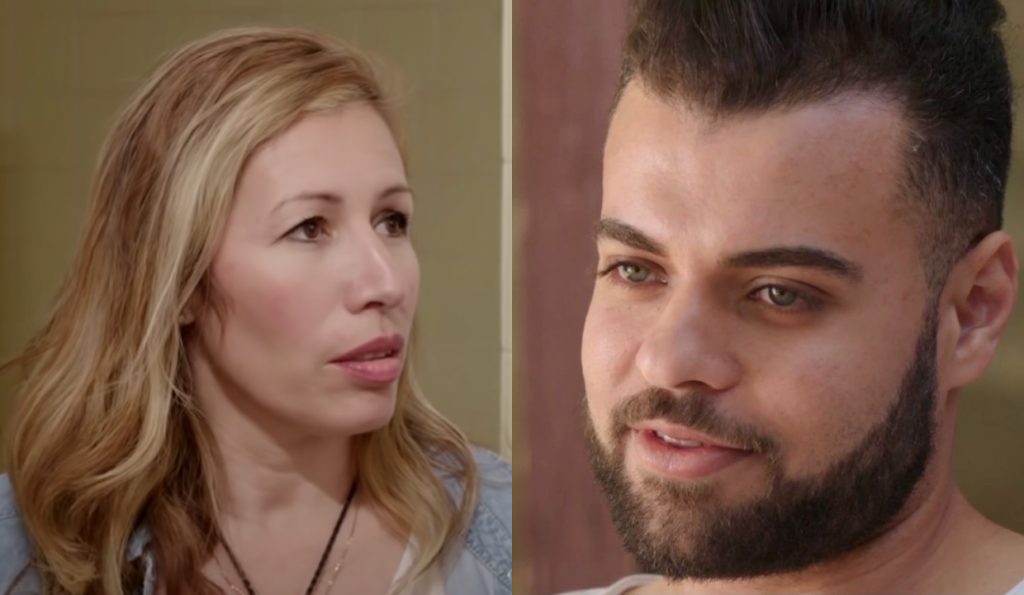 Mohamed and Yve became the newest stars of the 90 Day Fiance franchise as Season 9 started. However, their relationship had lots of ups and downs. They had conflicting opinions about household chores, religion, and all other things. Despite this, they went on to say “I do” and walked down the aisle. But their relationship had a disturbing side, too, as the Egyptian man accused his wife of “domestic abuse.” Later, these charges were dropped owing to a lack of evidence, and it became clear that the couple had separated from one another. Well, months after this incident, Mohamed took to his social media to reveal something interesting. It looks like the man has moved on from his ex-wife, Yve, after all! Keep reading to know more details about this.

90 Day Fiance: Mohamed Hanging Out With A New Woman! Has He Moved On From Yve?

Mohamed and Yve first became famous through 90 Day Fiance. Through the show, the couple ended up proving that they rushed into their marriage. Despite having lots of arguments and failing to settle them down, they went ahead and walked down the aisle. After the Tell All premiere, the couple announced their separation. It was because of all the disturbing things like domestic abuse allegations. Later, Yve’s attorney stated that Mohamed had been faking his allegations to avoid getting deported as his marriage came to an end. The court dismissed these charges eventually. But, it became clear that Yve and Mohamed had parted ways.

In the latest post, Mohamed was partying with a blonde woman. Just like Yve, she, too, looked middle-aged. So, the viewers began to say that the man definitely has a “type.” However, it was unclear if this mystery woman was a serious part of Mohamed’s life or if she was just someone casual. In any case, the 90 Day Fiance fans seemed convinced that the foreigner had moved on. A noted Instagram page, @90dayfiance.news.and.memes, was the first one to share this image. However, Mohamed has remained mum about the entire issue, and there is no official confirmation about who might this mystery woman be.

90 Day Fiance: Yve Has An Emergency During Her Skiing Vacation! She talks About Her Heart Condition

While Mohamed has allegedly found someone new, his ex is also indulging in new adventures. Yve Arellano from 90 Day Fiance had been a single mother for a long time. It was before she met Mohamed and fell in love with him. But as their relationship didn’t work out, the American citizen started to focus on herself. The castmate’s social media handle is full of updates about her life and her major and minor milestones. However, something concerning happened when Yvette took a ski vacation in Santa Fe, New Mexico. Apparently, her blood pressure was “super elevated” when she was out on the mountains trying to ski. At first, Yve thought that the medics would have to take her to the hospital in an ambulance.

However, such a thing didn’t happen. Instead, the paramedics in the area could control the situation and make Yve stable again. Apparently, the castmate opened up about having conditions like a heart murmur and also tachycardia. Because of this, Yve is used to having allergic reactions. But things weren’t that bad during her latest vacation, and she was grateful that things didn’t blow out of proportion. The star’s post also took a dark turn when she talked about not being afraid of “death” but not wanting to leave “so soon” because of her son, who is merely 12 years old. For all the latest 90 Day Fiance updates, stay tuned to TV Season & Spoilers.