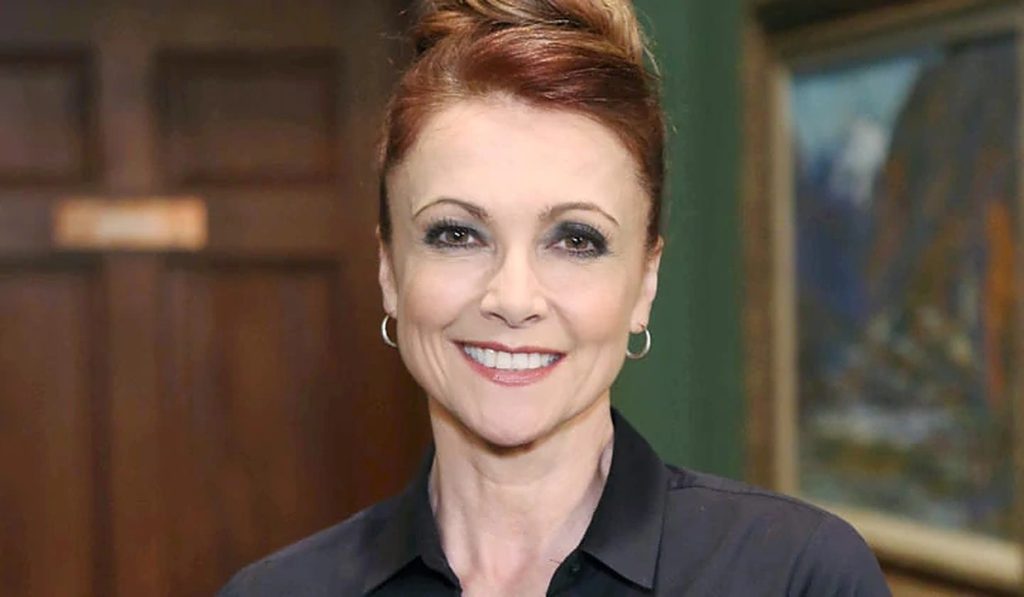 Ahead Of Her General Hospital Return, Emma Sams Opens Up About Serious HEALTH TROUBLES

Amidst the current horrors spread in General Hospital. A familiar face has found its way back to Port Charles. And it’s none other than the veteran actress Emma Samms. Before her big return to the ABC mega daily soap, Emma opened up about her current life situation, and it’s impact on her work. Is the actress okay? What is happening with her? Keep reading to find out.

Recently, GH star, Emma Sutton sat with the People Magazine and spoke to them about her health troubles. “I told them if I stand still for too long, I might fall over. I might lose my voice if I talk too much. I sometimes sound gaspy.” Emma stated to People about her discussion with the General Hospital Team before commencing the shooting. “I said, ‘Basically, think senior citizen and not a fit one. Just think in those terms when you are writing for me.’ “

For the uninitiated, Emma contracted the terrifying COVID-19 disease in March 2020. And later again in June, in its second attack. Ever since then, the 62-year-old General Hospital star has been battling Long Covid symptoms. These include fatigue, breathlessness, blood pressure fluctuation, and chronic ringing in the ears.

“I’m so cautious now. If I look at a distance to walk, I think, ‘How unwell will I feel if I walk?’ I’m always clocking, ‘Where’s the nearest hospital?’” Emma admits. “My inclination is to lie still in a quiet, dark room. That’s the only safe place health-wise for me,” she says. “And I am so not alone.” She said, referring to the millions of people who fell victim to the deadly disease all across the globe and are still battling with its aftermath.

“It’s an ongoing mass disabling event, and it’s been frightening to witness,” Emma pointed. “For me, it’s been a battle of the wills to accomplish anything.” Emma says it took her two years to even start feeling well enough to consider coming back to work. Now, she is finally ready to make her comeback on General Hospital as Holly Sutton

The General Hospital episodes featuring her will start airing from October 19th 2022. Emma says she feels grateful that “people are willing to accommodate me in order for me to work. I feel desperately sorry for people who don’t have bosses who are as sympathetic.” Furthermore, she added that GH executive producer Frank Valentini gave her his own parking spot near the studio to limit extra walking.

Talking about Frank Valentini, “You would never know there’s anything wrong with her. She puts every ounce of energy into it.” He says, praising the veteran actress.”The truth is, if I’ve made an effort and put on makeup one day, that doesn’t mean I’m feeling better. I might look better, but it means I’ll feel awful tomorrow,” Emma Concluded.

We admire Emma’s never say die spirit. And we are so excited to see her back on the screen! We wonder what she will bring in tow with her to Port Charles. Well, Lucky for us, we will find out soon enough! Do not forget to catch up with the future episodes of General Hospital to find out!