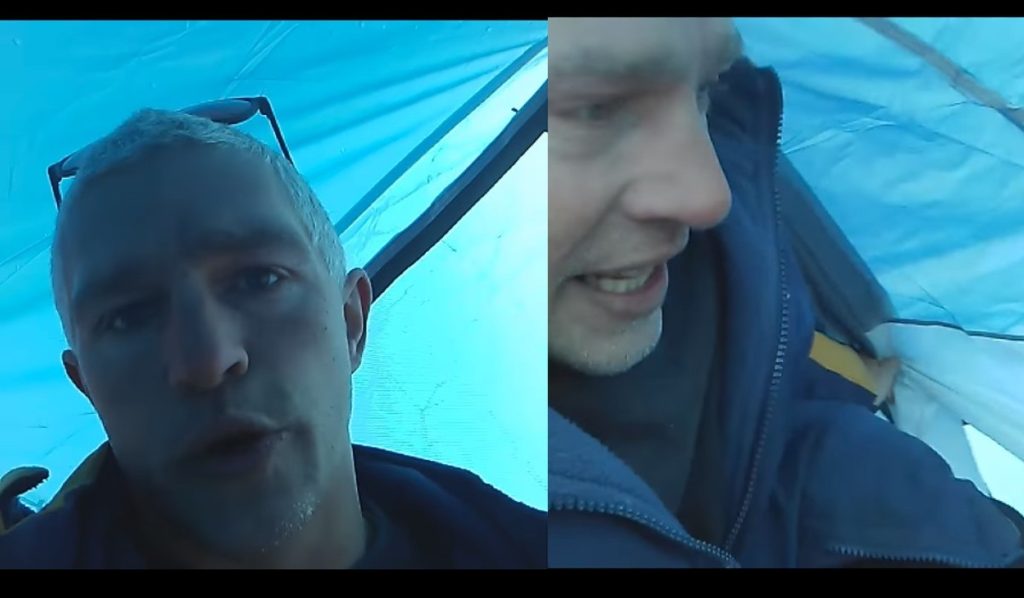 Alaskan Bush People: Matt Brown Is Heading Back To The Hilltop After Major Road Accident

The Alaskan Bush People family has gone through a lot lately. Apparently, fans are able to witness their adventures and daily chores from the reality show. Indeed, we know that Noah is heading to Alaska to find a new home for his family while the other star kids are thinking of building their houses. But what about those who aren’t on the show anymore? You might remember that the Browns have an estranged son named Matt Brown. Though the celeb isn’t a part of the family show yet, he makes sure to keep his fans updated. So to know if future plans to go up to the mountain, keep on reading.

Alaskan Bush People: Matt Plans To Go Up To the Mountain

The Alaskan Bush People celeb Matt Brown was a part of the family show till he was accused of raping two women in three consecutive days. Not only this, but he also accused his parents, as well as the makers of the show, of providing him with drugs. Evidently, his blame list was never-ending. Hence, the network decided to end his contract and made it clear that he won’t ever return again. However, Matt has found new ways to interact with his fan base. Nevertheless, he often keeps his fans updated via his social media, and he also has a YouTube channel as well.

Recently, Matt took to Instagram and shared a recent update regarding his plans to go up to the hill. Apparently, his last adventure took dangerous turns when his truck was stuck in an accident. Hence, he had to find his way up to the cabin. Not only this, but while he was heading up, he also had an encounter with a mama bear! However, the Alaskan Bush People managed to reach a beautiful look at the mountain. Hence, he again has plans to go back. Matt reveals that he plans to head back in the last week of February or in March.

The Alaskan Bush People celeb also revealed that he is planning to go before that as well and is thinking of camping this time. App arently, still, harsh winters are going on in Washington. Hence, Matt accepts that maybe going to the cabin would be too much for now. So, he thinks that camping or trekking would be a better choice for the moment. Indeed, fans love hearing from Matt and are always eager to watch his adventures videos.

Indeed, a human being is a social animal. Hence, it is really difficult for a person to cut all the ties from their families and loved ones and to live aloof. The Alaskan Bush People star, Matt, has decided to live his life without the involvement of Browns. But fans feel that, at times, the star definitely misses his family. In a recent video, Matt talked about having several hobbies and fixing his schedule. Apparently, explained how winters have been really long for him. Not only this, but the estranged star further added that for the last couple of weeks, his days are simply bleeding into one another.

He hasn’t been doing anything interesting. Matt also admits that he prefers to have several hobbies because it helps him to keep his mind distracted. Apparently, like everyone else, the estranged celeb loses his mind out of boredom and starts to overthink. Hence, he is thinking of getting his schedule back. Not only this, but as per the former Alaskan Bush People star, his appetite was deteriorating day by day. But he figured out that it is directly linked with his exercise and exertion. Therefore, he was starving to death after he exercised for a long time. Indeed, fans are happy that Matt is trying to fix his schedule again. Keep coming back to TV Season & Spoilers for all the latest Alaskan Bush People tea.