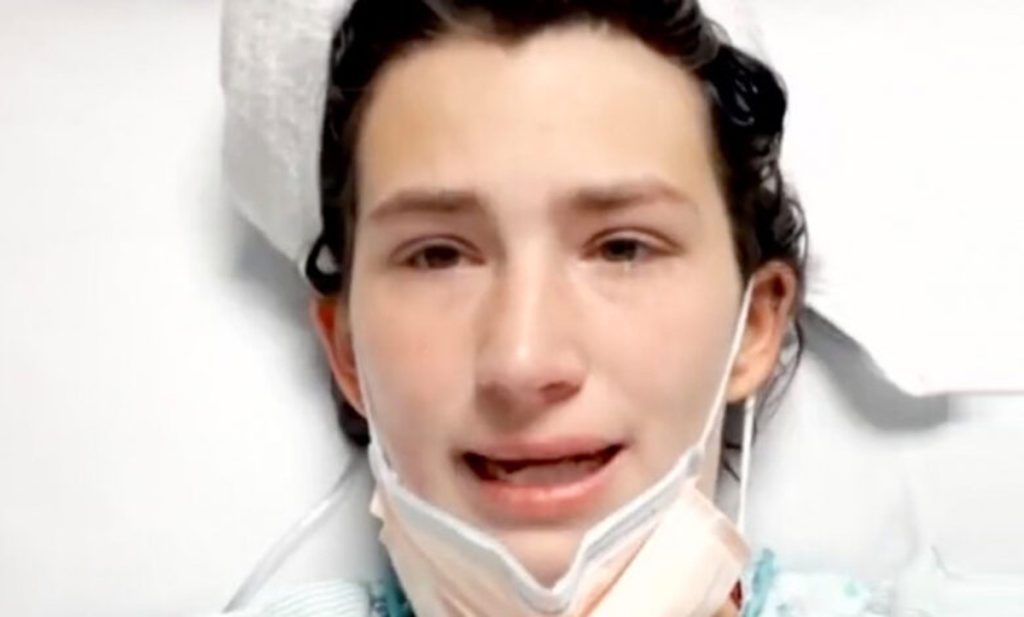 On the season finale of Alaskan Bush People, Birdie Brown, one of the seven siblings, provided a very serious medical update. Fans of the show watched as the 28-year-old got to know that she had two tumors that needed to be removed. Recently, she visited her doctor for a follow check-up and found out a lot of health-related things about her. The Brown family has been devastated after the death of their patriarch, Billy Brown. Birdie was very close to her father. Thus, it has been hard for her to cope with the loss. Then she had to take care of her deteriorating health. Tune in to know all the updates.

Alaskan Bush People: Birdie Had To Make Some Life-Altering Choices!

Alaskan Bush People this season was a bit emotional. However, one of the most compelling segments involved Birdie Brown. She revealed that she could not cope with losing her father, Billy Brown. Thus, she was still grieving, as they shared a very close bond. Ami, her mother, proved to be a supporting person in her life. The star also wrote a letter from herself and Billy to their 28-year-old daughter. However, she told Birdie to come back to Alaska to read that letter. The emotional pain did not end for Birdie, and she experienced another concerning issue. Birdie told Rain one day that she was experiencing abdominal. The celebrity could barely walk and refused to consult with the doctor as well.

Birdie Brown from Alaskan Bush People had two tumors. Luckily, she underwent surgery and got them removed. When she emerged from the operation, the doc tor gave her a sigh of relief as no tumors meant no cancer. But he left her to make a choice. She could have a complete hysterectomy and completely eliminate the chances of having cancer. However, this would lead to her never being able to be a mother and have biological kids. Birdie made this tough decision. The star went for the possibility of having children. Bird decided to risk cancer to have her dream come true to welcome motherhood in the future.

Many Alaskan Bush People fans have suggested Birdie freeze her eggs, as per tvshowsace. But the 28-year-old wants to have children naturally, so she didn’t look forward to this plan. She wants to wait for her “perfect guy” and rebels when her family tries to set her up with a man. Hence, fans remain eager to see when someone special will enter Birdie’s life on her own terms.

Season 14 of Alaskan Bush People premiered in October, and the show was a bit tense. The show had Amora Jean Snowbird Brown, aka Birdie, who required surgery to remove pre-cancerous tumors from her ovaries. This gave the show an emotional touch. Bird’s mother, Ami, also wrote her a letter that was both emotional and had important things. As soon as she arrived at the hospital, the doctors gave her the bad news. They stated that there was a chance that her tumors can turn cancerous as time passes. Thus, they advised her to have a complete hysterectomy.

Due to COVID-19 safety protocols, the entire Discovery Channel production team was unable to film the procedure in the hospital. So, the scenes from the surgery did not air. Still, The Alaskan Bush People show members such as her mother, Ami Brown, and younger sister Rain Brown filmed with their cellphones. Birdie had two tumors removed, as mentioned above. One of the Tumors was 8 pounds in when weighed. However, she did not choose to go for a complete hysterectomy as she wanted to be a mother in the future. Are you in support of Birdie’s decision? Comment down your views. For more exciting news updates, stay tuned to TV Season & Spoilers.