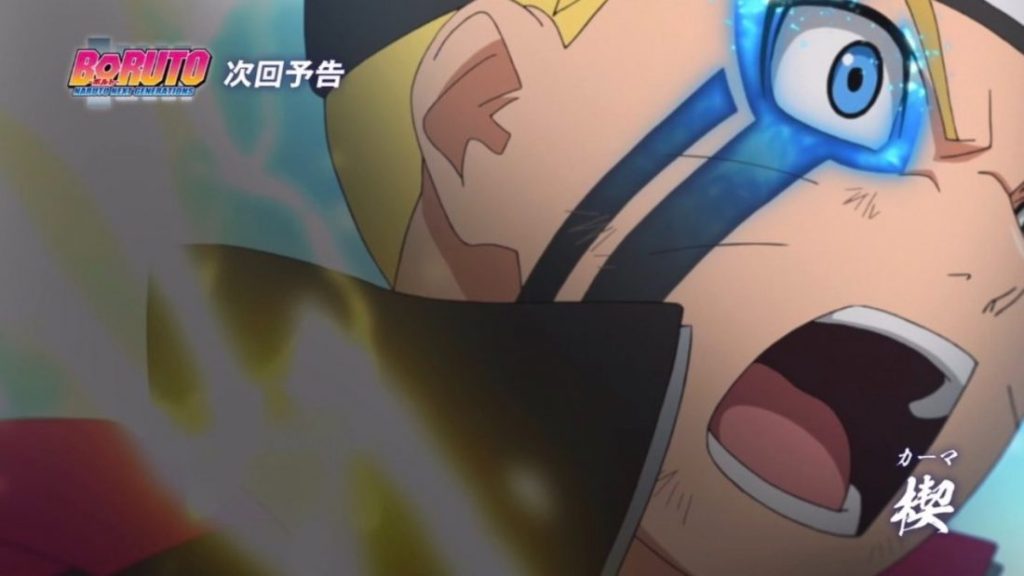 The title of Boruto Episode 187 is “Karma.” The upcoming episode of the anime series has the potential to break the internet as the fans will get to know about two amazing things in it. Kashin Koji will finally appear in front of Team 7 to complete Ao’s task. Plus, the fans will also get to see Boruto’s Karma form for the very first time.

The manga readers already knew how amazing the series will be from now on. Therefore, now the fans just can’t wait to see the next episode as it will feature some of the most-awaited moments of the anime. Will Kashin Koji reveals his real identity, and how will Boruto react to his Karma seal? Only the next episode will tell. So here is everything to know about it.

In the preview of the next episode, the fans can see Kashin Koji scorn Ao for not completing the mission. He regrets that he trusts Ao too much as an Outer for the Kara organization. Therefore now he will complete this mission himself. The fans will see Konohamaru and Kashin Koji engaged in a one to one combat. However, the strange chakra of Kashin will amaze Konohamaru.

Therefore the remaining members of Team 7 will also join the battle. However, when the seal on the hand of Boruto will activate when he comes in contact with Kashin Koji. As a result, the fans will see the most-awaited Karma form in Boruto Episode 187. Now it will be interesting to see how Boruto will be able to manage this new power and what kinds of moves are up in his sleeves after Karma.

The last episode of Boruto was one of the best episodes of the current arc so far. It featured an intense battle between the members of Team 7 and Ao, who is working as an Outer for Kara. With the help of a brilliant strategy, Boruto successfully connects a Rasengan to Ao’s arm in order to break his ninja tool. He quickly comes up with a new plan and cut off Ao’s prosthetic arm and legs with the help of Shadow clones. However, just like his father, he also wasn’t able to kill the helpless enemy in front of him. In the ending moments, Kashin Koji made his appearance on the battle scene.

After watching the preview for the next episode of the anime, the fans just can’t wait to see it. The secret of Karma and Kashin Koji will finally unfold in it. Boruto Episode 187 will release on Sunday, February 21, 2021.