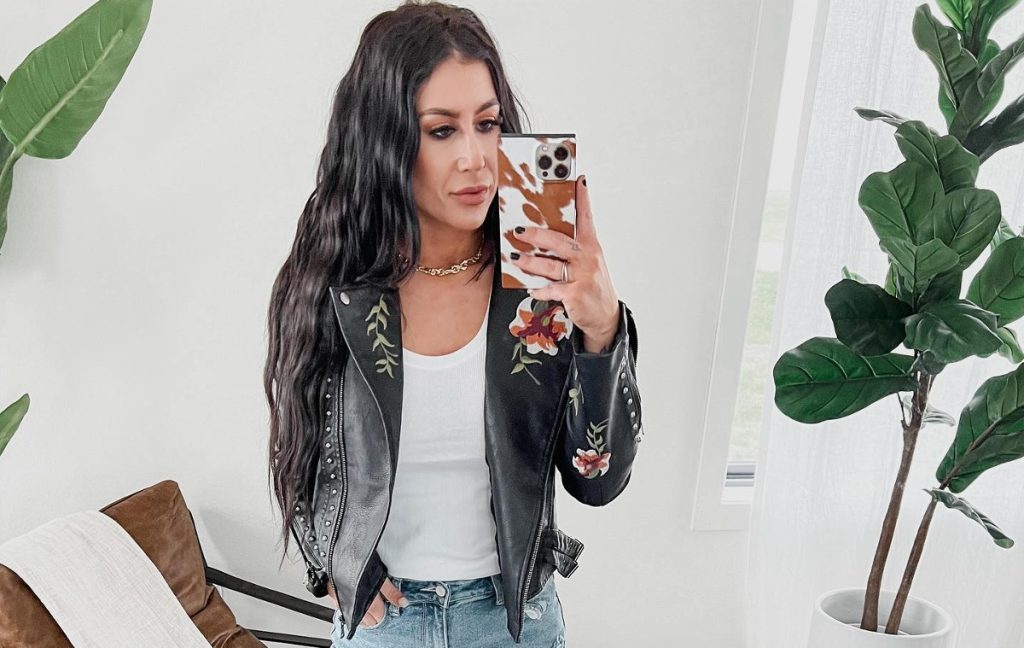 Chelsea DeBoer Is Moving On From Teen Mom! Joining ANOTHER Reality Show

Chelsea DeBoer became famous with MTV franchise 16 and Pregnant and later found her way into Teen Mom, its spin-off. She was 16 when she joined the show. In 2021 Chelsea chose to remove her name from the series by exiting. However, she is content with her four kids and her husband, Cole DeBoer. Well, Chelsea began dating him in 2014. Her journey with MTV might have ended, but she has now become a part of another reality TV show with HGTV. They have a show named Down Home Fab which will air this January. Tune in to know how she feels after leaving Teen Mom.

90 Day Fiance: Chelsea DeBoer Is All Set To Star In A New Show

Chelsea DeBoer took the decision to quit Teen Mom in 2021. She opened up about it in a recent interview with Eonline. The star mentioned that she left the show without any “strategy.” Soon after leaving, she felt that it was the end of “Chelsea.” The star was referring to her “celebrity life.” However, she felt fine. The former MTV star mentioned her life has been no less than a “wild ride” since she closed that door. Although Chelsea admits that leaving the series after a decade felt very scary in the beginning. But she felt it was the right thing to do. Now that she’s no longer highlighting her personal life on television. Chelsea, along with her husband, said that a huge weight had been lifted off her shoulder after leaving the show.

But now Chelsea is ready for a new chapter, she is going to star in HGTV’s brand new show, Down Home Fab. She felt “so proud” of the show and to be able to share it on a big platform. There used to be times when the star would be terrified of the show airing because she would fear that she shared too much. However, in the new show, things are going to be “lighthearted.” Instead of having conversations, Down Home Fab is going to be to showcase “home renovations” in a very unique style. As per Chelsea’s husband Cole, they dubbed it “South Dakota Glam.”

The ex Teen Mom star Chelsea credited her father, Randy Houska, with guiding her through everything. In fact, she has seen so many transitions. It began with a show about her trials and tribulations to a show about her passion for the family business in her life.

Former Teen Mom star Chelsea has a lot going on with four kids and her loving husband. They are like a dream team when it comes to the couple running their business. Also, their family is well-maintained by them. Amidst all this, Chelsea has decided to bring some changes to her wardrobe and her fashion style. She frequently shares her full-body mirror images on her social media handle. Thus it makes it easy for her followers to analyze her sense of style, which is pretty comfortable outfits over chic style.

Recently, the ex Teen Mom star uploaded a mirror image of her on Reddit where she was wearing a brown outfit that gave her curves an outlined look. It was a co-ord set with bell bottom pants and a tight top with puffy sleeves. Moreover, it highlighted her curves well. So, the fit was quite different as she mostly wore loose and comfy clothes such as sweatshirts and baggy T-shirts. Fans were amazed as they had not seen her like that before. For more exciting Teen Mom updates, stay tuned to TV Season & Spoilers.