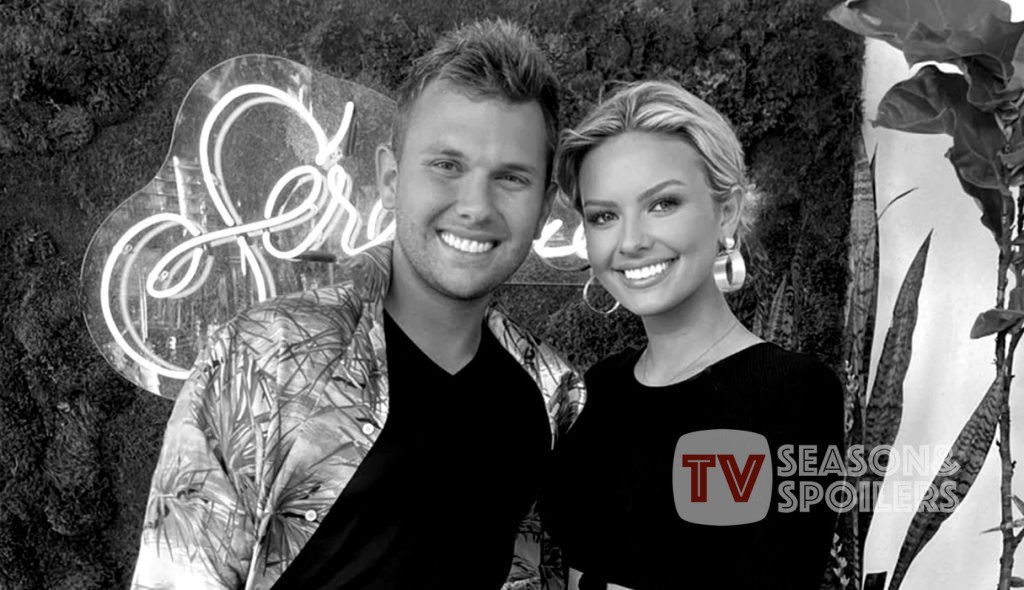 The Chrisley Knows Best reality show is getting chaotic day by day. Apparently, the lead couple, Todd and Julie, were found guilty of crimes like bank fraud and tax. Hence they have been sentenced to twelve and seven years of prison, respectively. However, it seems it isn’t the only bad thing that happened to the Chrisley family. Fans know that the star kid Chase has been dating Emmy Medders since 2020. Apparently, the viewers thought that duo was compatible and would definitely walk down the aisle someday. But fans’ dreams seemed shattered when Emmy recently announced that she broke up with the TLC star before their engagement. We have all the information you might wish to know, so keep on reading.

The Chrisley Knows Best best star Chase Chrisley’s girlfriend recently revealed some dark secrets about their relationship. Apparently, the stars had known each other for a very long time, and it was in 2020 the duo fell in love and officially accepted that they were dating. Hence, since then, fans have loved the couple and have been manifesting their marriage. But it seems that Emmy and Chase, who appears to be perfect for each other, also had a bump in the relationship.

Recently, Emmy Medders made an appearance on Savannah Chrisley’s podcast, Unlocked. The former told the host that she started talking to the star right before Covid-19 hit. Hence, amidst the conversation, the young lady revealed her breakup with Chase. The duo had a vigorous fight before the couple’s engagement and decided to part ways with each other. In Medders’ words, “It was on and off”. Adding further, she revealed that the exes didn’t even talk to each other for about two weeks which felt like literal two months.

However, the Chrisley Knows Best couple reconciled and is doing great now. Evidently, it seems that they have overcome their past issues and are cherishing each other’s presence in their lives. Fans are aware of the fact that Chase proposed to his love in Nashville’s First Horizon Baseball Stadium, which had a trail of rose petals that led to a heart of roses in the center of the field. When Medders reached the mark, the TLC star knelt down and proposed to her. Indeed it was a YES! Chase further took to Instagram and shared snaps from his special eve.

Chrisley Knows Best: Savannah Distanced Herself From Her Parents

The Chrisley Knows Best fans are well aware that the show’s leading couple is spending their last three weeks of freedom before they go to prison. Todd and Julie are to complete their 19 years of tenure combined in jail. Indeed this infamous twist in the show bought a lot of turns in the interrelationships of the family. Recently, Savannah decided to talk openly about the mishap and revealed how it changed her relationship with her parents. In the same podcast with Medders, she claimed that Todd was her go-to person. He always took care of her and stood by her side.

The star further adds that she and Todd used to talk about anything and everything. Apparently, if she used to have a bad day, her father sensed it instantly and always made sure that he was there for her. Not only this, but she also stated that no matter how badly she fell apart, Todd always helped her rise up. With utmost pain in her voice, Savannah added that she is grieving the loss of her parents, who are still alive, and it is the hardest thing in the world. Hence, she has distanced herself from them in order to prepare for what’s coming ahead. Keep coming back to TV Season & Spoilers for all the latest Chrisley Knows Best tea.