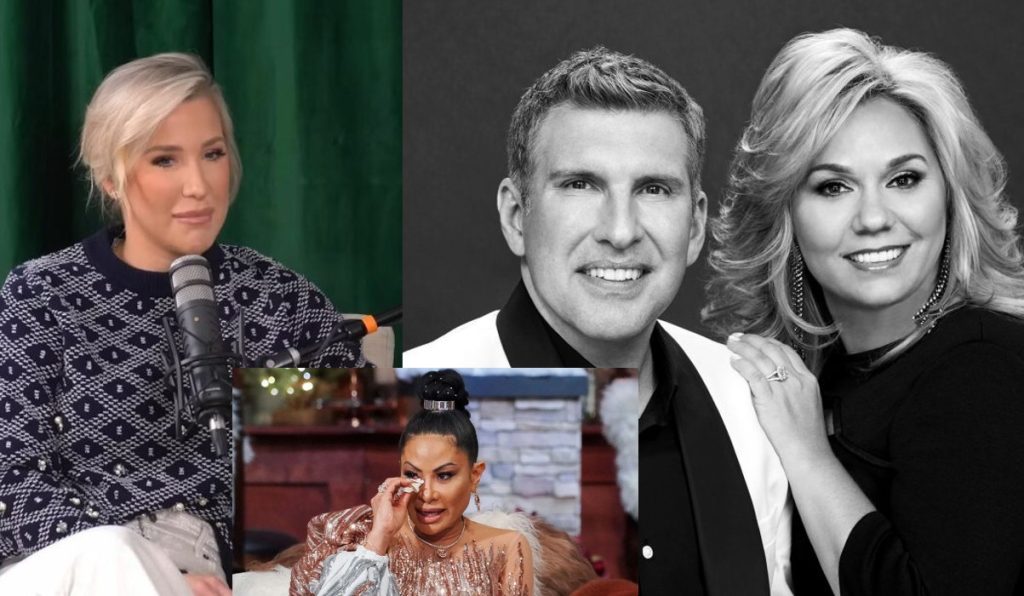 It is really difficult for the kids of the Chrisley couple to accept that their parents won’t be around for 19 years. The Chrisley Knows Best stars Julie and Todd, were accused of crimes like bank fraud and tax evasion. Eventually, they were found guilty in June 2022 and were sentenced to 19 years of imprisonment in November. But it seems that Savannah doesn’t feel that her parents got justice. She questioned the judgment and short sentence of Jen Shah. Moreover, she even compared it with her parents’ long-term. Keep reading to find out what she had to say about the same.

The Chrisley Knows Best star couple Julie and Todd surrendered themselves to the authorities on 17 January 2023. It was an emotional moment for the entire family as the couple was parting ways with them for decades. However, it seems that maybe Savannah is not satisfied with the verdict and raises some questions. The star kid took to her family podcast with her mom and talked about some crucial things that she has in her mind. Apparently, they released the latest episode of Unlock Podcast on the exact day when her parents left to serve their punishment.

star Jen Shah got a shorter sentence as compared to her parents. As per the reports, Jen was found guilty of crimes like telemarketing fraud. For this, she was sentenced to 6.5 years of imprisonment after she pleaded guilty to wire fraud. In contrast, Todd and Julie have to serve 19 years combined for crimes like bank fraud and tax evasion. In the episode, Savannah talked about Shah’s crimes in detail. She mentioned that hundreds of victims claimed that they had lost their homes and threatened to end their lives. The Chrisley Knows Best star added that it doesn’t make sense to her that even though the RHOSLC celeb pleaded guilty to her crimes, she got only 6.5 years. Savannah also revealed that Shah’s prison time would start in February.

Savannah claimed that, in contrast with Shah, her parents are the ones who haven’t accepted their crimes and stand firm. She further added that the duo is standing by their truth, and they are not guilty. Julie also agreed to the same. However, Todd and Julie are completely crushed. Their bond was denied, yet they are not losing hope and are still trying their best to get on the other side.

Chrisley Knows Best: Savannah Will Fight For Her Mom Forever

The Chrisley Knows Best star, Savannah, is not losing hope. She has made it clear that she will fight for her parents till the end. Recently, the celeb took to Instagram and shared her mother’s picture. She wrote in the caption that she loves her mom and would always fight for her. Not only this, but she also mentioned the same when she posted on Julie’s birthday. Savannah wrote a lengthy caption and added that they are one of the many whom the system failed.

The celeb further added that she would continue fighting for good until all her family members returned home. Savannah mentioned in a podcast episode with Emmy earlier and revealed that she wants the time to stop. The star kid desires to put her life on hold until her parents return. However, she told that Todd doesn’t want her to live like this. The patriarch explained to his daughter that he was still alive and was fighting. There wouldn’t be a single day when Savannah could not talk to them. Keep coming back to TV Season & Spoilers for all the latest Chrisley Knows Best tea.