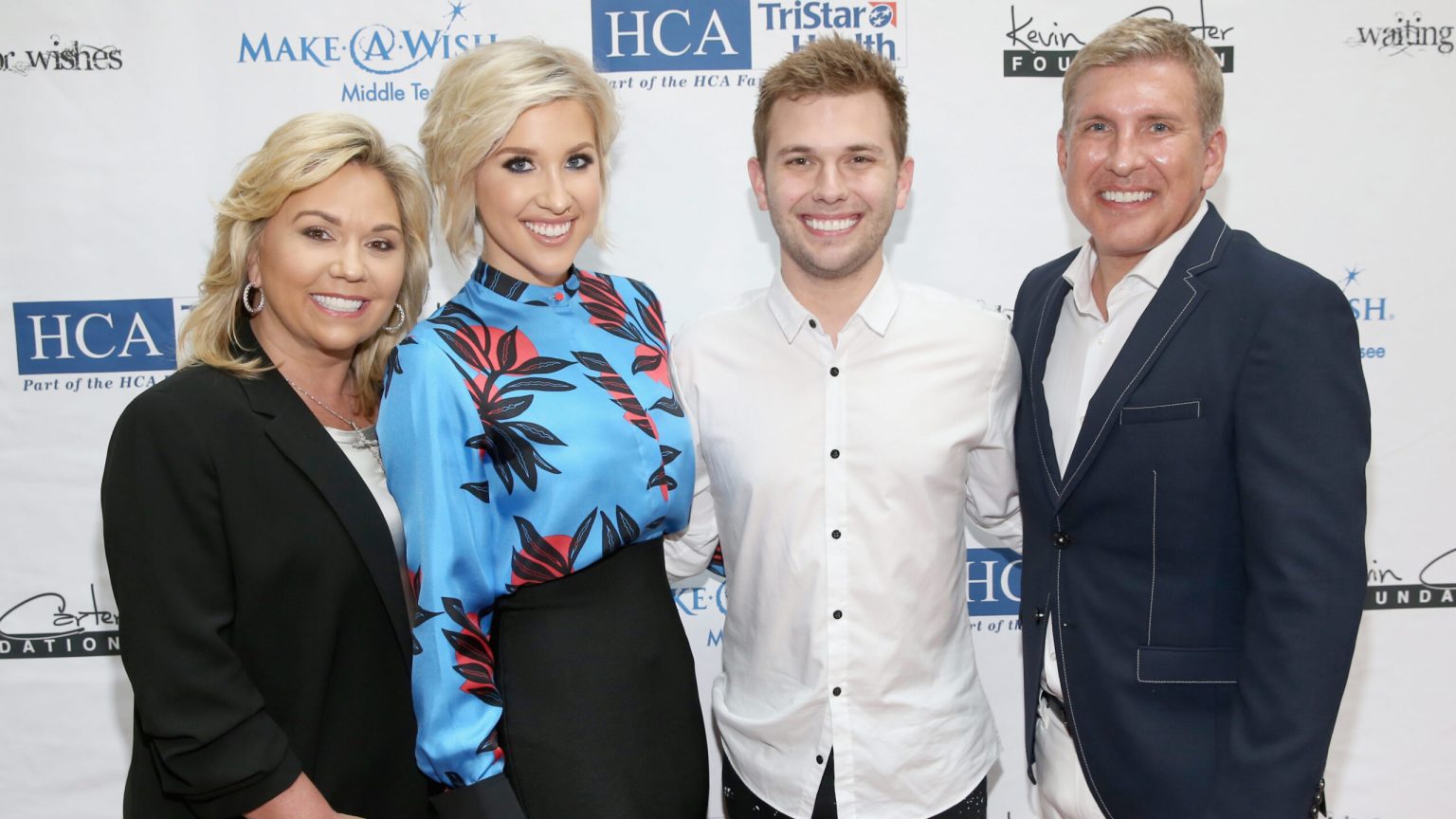 Chase Chrisley has been a huge part of Chrisley Knows Best. Apart from parents Todd and Julie Chrisley, the show also focuses on their kids, Grayson, Savannah, and Chase. Hence, the latter has been a fan favorite, and viewers love his flavorful personality. In fact, he has also been upfront about his love life and introduced his girlfriend, Emmy Medders, on the show. Now there is speculation going around that the couple is ready to take the next step and start a family! Is that true? Keep reading to know more details about this.

Chase Chrisley first became famous after starring with his parents in the show Chrisley Knows Best. He and his sister went on to star in another spin-off, focusing more on their life, Growing Up Chrisley. That’s when viewers got to know about his budding romance with Emmy Medders. The couple has always come off as sweet and often relies on one another. They often put up pictures and give updates about their lives through social media. He accompanied his partner when she had to go to the hospital.

The Chrisley sibling has not given any update as of now. Fans found it odd that Chase went with her. That’s because strict COVID-19 protocols suggest that the one in need of treatment should only be the one visiting the hospital unless they are below 18. As per Tvshowace, speculation began as to why Chase was with Emmy at the hospital. The Chrisley Knows Best fanbase reached the conclusion that they must be expecting a baby. However, there are others who feel differently. That’s because the couple’s strong Christian belief wouldn’t let them expand their family unless their marriage was on the cards. So far, Chase and Emmy are only boyfriend and girlfriend. These are merely speculations on the internet, and there is no confirmation about them.

Chase and Emmy have been together for the long run. Although the duo broke up sometime last year, they made it work and got back together. Since then, it has been smooth sailing for the two. In fact, the famous brother opened up about it on UsWeekly and said he wants to make his girlfriend his “wife” someday. Hence, it became clear to the Chrisley Knows best audience that they are pretty serious about one another. Although parents Julie and Todd Chrisley approve of their relationship, the mother doesn’t want Chase to tie the knots just yet.

When opening up about this, Chase stated that Julie, i.e., his mother thinks he has a lot of “growing up to do” before taking such a big step. Emmy has been the first girl in the star’s life even to meet his parents, Todd and Julie, and be in the “same room” with them. As far as their intentions to marry one another go, the couple has not given any more updates about it. The paps captured them last in May 2022 when they were vacationing in Florida. Keep track of all the latest Chrisley Knows Best updates only through TV Season & Spoilers.