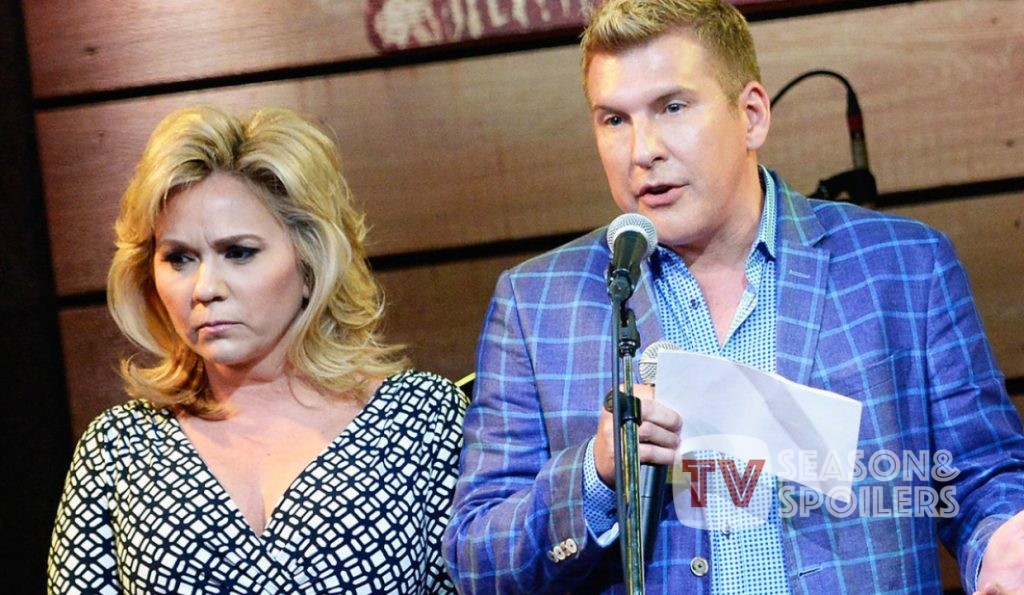 Chrisley Knows Best stars, Todd and Julie Chrisley, have been going through a tough time. It all happened when the court found them guilty on accounts of wire and bank fraud, tax evasion, conspiracy, and so on. In fact, the verdict came into the limelight in June, and the couple is awaiting prison sentencing. However, the reality TV couple is willing to fight back. That’s because they claim the federal prosecutors presented a “false testimony”, painting them in the wrong light. Now, the husband-wife duo wants to prove their innocence through a new “appeal”. Keep reading to know more about this in detail.

Todd and Julie Chrisley first came into the limelight after starring in the show Chrisley Knows Best. In fact, the show depicted their lavish life and real estate empire. After a successful run on USA Network for several years, something shocking happened. In 2019, there were charges against the couple for crimes

like bank fraud, tax evasion, conspiracy, wire fraud, and so on. At last, the court found them guilty in 2022, and they are now looking up to 30 years in prison. However, the couple is willing to fight back as they wish to file an appeal. In fact, they wish to get a new trial on the basis of that.

It turns out that the Chrisleys are claiming that the federal prosecutors gave a “false testimony”. According to the court documents by RadarOnline, they want the judge to nullify their sentencing. In fact, the couple stated that IRS Revenue Officer Betty Carter presented a false testimony by lying about their due tax. However, the official claims that she confirmed a day before going to the court that the Chrisleys owe tax from 2014-2016. In fact, she checked this through IRS’s internal system. Hence, the celebrities believe the government failed to provide “sufficient evidence” before declaring them guilty. There has been no reaction from the administration about this so far.

While most celebrities often avoid the limelight after getting caught in controversies, Todd and Julie Chrisley are quite different. In fact, the couple went on to start their podcast, Chrisley Confessions, and discuss their current situation. Well, they have been openly talking about how their lives changed after the guilty verdict. Hence, the famous husband stated that it did wonders for his marriage. So, he has started feeling closer to his wife, Julie. That’s because they are going through these testing times together and sticking by one another through choice.

With this, the couple discussed opening up to God and relying on him to show them the correct patch. In fact, their fans have also been sending them gifts and funds through their PO box. However, Todd told them not to indulge in such things and “pray” for them instead. As per the recent updates, Chrisleys shall be showing up in court on October 6, 2022, for more details about their jail time. Keep track of all the latest Chrisley Knows Best news only through TV Season & Spoilers.