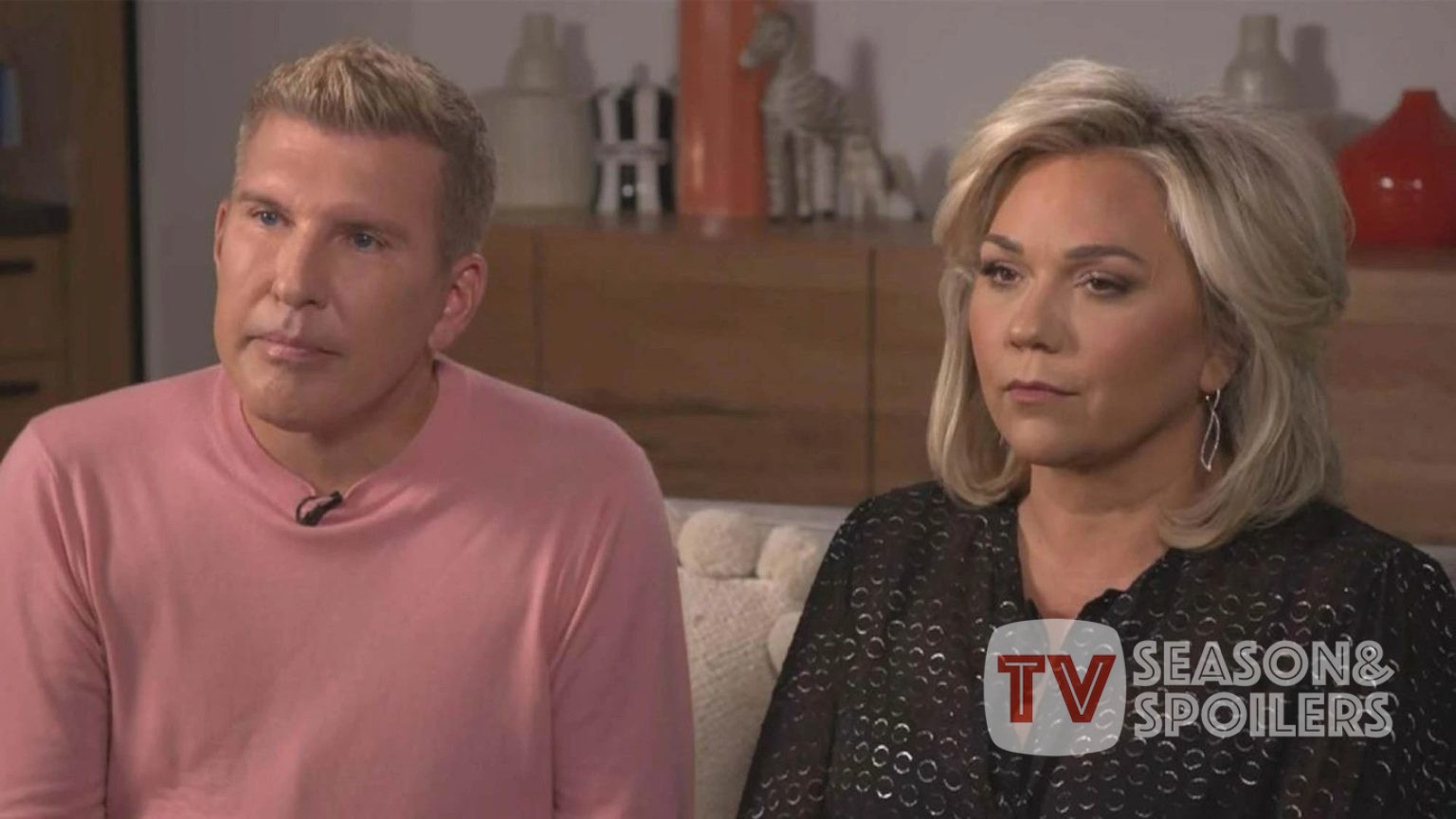 Chrisley Knows Best: Todd & Julie To Live A Life Of ‘Luxury’ Inside Prison! Will Have Access To Sports, Art, Music, Fitness & More

Todd and Julie Chrisley have been in the limelight for many years. For instance, they made their TV debut in 2014 with Chrisley Knows Best. However, they started making headlines again this year. That’s because the court found them guilty of crimes like Bank Fraud, Conspiration, Tax Evasion, and also Wire Fraud. Their prison sentencing also took place last month, and they shall remain in jail for 19 years combined. Now, the latest details have shed more light on how their prison life is going to be for the next several years. Keep reading to know more details about this.

Todd & Julie Chrisley have been upfront about their guilty charge. In fact, they also had a podcast where they talked about going through these tough times. Despite the court announcing their prison sentence, the couple has maintained that they are “innocent”. Their lawyers are looking forward to filing an appeal so that they are able to get them justice allegedly. So, the attorneys had mentioned after the guilty verdict that they have started to “work on it”. Until then, the court order has told them to stay in prison for a combined duration of 19 years in total. While Todd will be doing time for 12 years, his wife will be in prison for seven, i.e., almost two decades altogether. Futher details have come forward about their life behind bars for almost a decade.

As per Soapoperaspy, both Todd and Julie will be staying in low-security prisons in Florida. The former is headed to FPC (Federal Prison Camp) Pensacola. Whereas, his wife is due to go to FCI (Federal Correctional Institution) in Tallahassee. Well, these prisons will provide them with quite a comfortable stay. That’s because Todd’s prison has options like training, intramural sports, music, crafts, weight, and fitness to pass the time. On the other hand, Julie’s prison will also have facilities like art, aerobics, music, and intramural sports. Viewers were upset by this reveal as they feel the Chrisley Knows Best

stars won’t be suffering for their wrongdoings in such a fancy prison.

Todd and Julie Chrisley had been under house arrest with ankle monitors after the court found them guilty of tax evasion and defrauding the bank with the submission of false monetary statements. Hence, they showed up in court in November 2022 for their prison sentencing. As per the court orders, the couple will be spending time in jail for the next 19 years, as mentioned above. They are spending time with their family for one last time before they have to turn themselves in. The Chrisley couple will start their prison life on January 17, 2022. While most of their kids had grown old, they were still taking care of their teen son Grayson and their granddaughter, Chloe Chrisley, i.e., Kyle’s daughter.

Well, Todd and Julie’s eldest daughter, Savannah Chrisley, is up for the job. Hence, she will be taking Grayson and Chloe under her wing until her parents are out of jail. It has been quite an emotional and tough time for the family, as per their podcast. They are spending holidays with their family members for the last time. Thus, they are sticking together and trying to make the most of it. Todd and Julie asked for everyone’s blessings so they can go through this tough phase with utmost strength. While many fans are standing by them, others don’t believe their innocent narrative and say their sentencing was due for a long time. Stay tuned to TV Season & Spoilers for more updates.