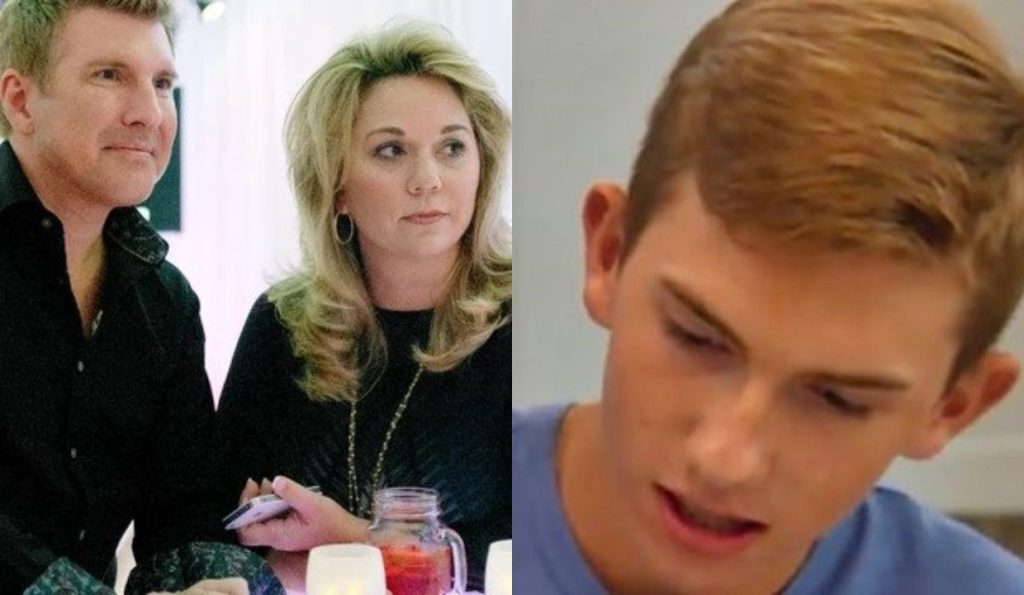 The Chrisley family from TLC’s popular show Chrisley Knows Best has been going through some troubling times. It all began when stars Todd and Julie Chrisley were in trouble with the law for crimes like Tax Evasion and Bank Fraud. The court found them guilty, and they will soon face their prison sentence. Amidst this, another horrifying incident happened in the family. Todd and Julie’s son, Grayson, got into a horrendous accident! He also had to take a trip down to the hospital! Keep reading to know more details about this.

Chrisley Knows Best: Grayson Gets Into A Scary Road Accident!

Todd and Julie Chrisley’s son, Grayson, became popular through their show Chrisley Knows Best. The fans have seen the little one grow up since he was a child into a teenager. Hence, they remain curious about his well-being and all the things he h as been up to. Lately, the star was a part of a scary road accident. It happened in one of the interstates in Nashville, Tennessee. As per TMZ

, the young one drove rear-ended into a pickup truck. Both the vehicles had to be towed and suffered great damage.

When the cops approached him, Grayson wasn’t able to answer the questions regarding the accident, possibly because of a concussion due to a “head injury”. Hence, they took him to a hospital. The officials also offered help to the person in the pick-up truck, but they refused medical attention. As per the police, there has been no “citation, arrests or charges” as of now. This incident has taken place a week before his parents, Todd and Julie, have been due for their prison sentencing. They could possibly be doing time in federal prison for three decades, i.e., 30 years.

Chrisley Knows Best: Here’s How Much Time Todd & Julie Will Do In Prison!

Todd and Julie Chrisley first fell in trouble with the law in 2019 owing to charges like Tax and Wire Fraud, Conspiracy to Defraud the United States, Conspiracy To Commit Bank Fraud, and so on. The court announced the verdict for the same in June 2022 and found them guilty. Hence, they are set to go to federal prison by November 22. The court also needs a “money judgement” of $17 million! As per a source, the Chrisleys are “nervous.” They are praying that the sentencing won’t be “harsh” as they need to take care of Nanny Faye, suffering from “bladder cancer,” and kids Grayson and Chloe Chrisley.

Heavy reports that the federal prosecutors made a press release about their verdict. While Todd will be doing time for “12 years”, his wife will do so for “7 years”. Initially, the patriarch’s attorneys wanted less than nine years of imprisonment. On the other hand, his partner’s lawyers appeared for “probation”, or a mixture of “home detention” and “incarceration.” The sentencing took place under Judge Eleanor L. Ross, representing Northern District of Georgia federal court, Atlanta. Keep an eye on TV Season & Spoilers