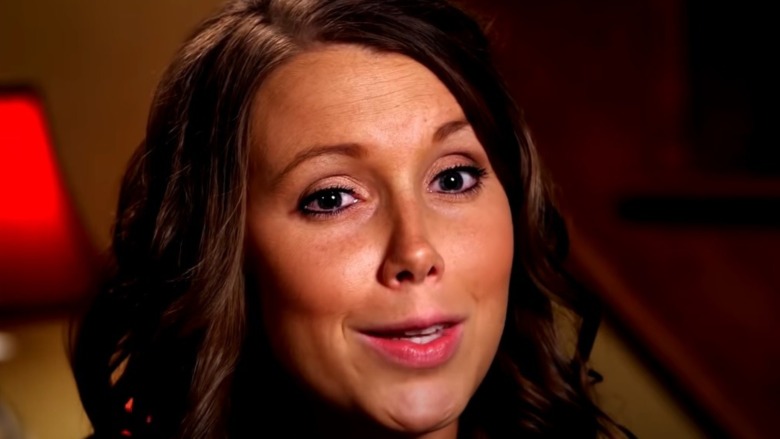 Counting On former star Josh Duggar’s wife Anna is facing a lot of trouble ever since his arrest. The eldest son of the family, Josh, went behind bars for a massive child abuse case. For now, he is out on release bond. However, the trial is still due to start. And amidst all the chaos, fans forgot Josh’s wife, Anna Duggar. Besides other members of the family, Anna is the one who is struggling the most. And on top of everything, the mother of six is facing financial issues. Let us take a look at how her days are going.

Counting On: Anna Duggar Is At War With Josh’s Parents And Rebers

Anna Duggar is not on good terms with Josh’s parents, Jim Bob and Michelle Duggar. This might come as a bit of shock to the fans, but that’s what the truth is. The Sun exclusively revealed what an insider has to say about the Duggar family. The source unveiled that Anna Duggar is at “war” with Jim and Michelle. The Counting On former star is not welcomed at Duggars’ main house. Indeed, Anna is continuing to stay at Duggar’s warehouse. At this point, the star has no one by her side. All she is left with is herself and her kids. Well, Jim and Michelle are not the only ones with whom Anna is at war.

Along with Duggars, Anna is facing clashes with Rebers as well. She isn’t having a good time with Rebers because of what Maria commented about Anna’s husband. Maria, the third-party custodian, said in a court hearing that she is not comfortable being alone with Josh under the same roof. Although Anna continues to go to Rebers to visit her husband. However, the star refuses to have any conversation with the Rebers.

It looks like Anna Duggar is battling both mentally and financially. Ever since Josh has been away in the child abuse case, Anna is put into a difficult corner of her life. As per TV Shows Ace, Anna, and Josh have a net worth of $200,000. It isn’t enough for Anna to get going with her six kids and one in line. With the show being shut down by TLC, Anna is left with no financial support. The insider reported that the reality star is fearing her and her kids’ future. Moreover, the source added that Anna is in “financial difficulty.”

Although Anna Duggar is still showing to be strong. She blindly believes in her husband. Besides all the accusations and drama, Anna thinks that her husband is not guilty of child abuse. However, fans think just the opposite. Meanwhile, Josh Duggar’s trial case is due to begin. It is now reset by the court to begin on November 30, 2021. If convicted, Josh Duggar could face prison of up to 20 years and a fine of up to $250,000 per count. Until then, stay updated with us to know all the buzz of the Duggar world.