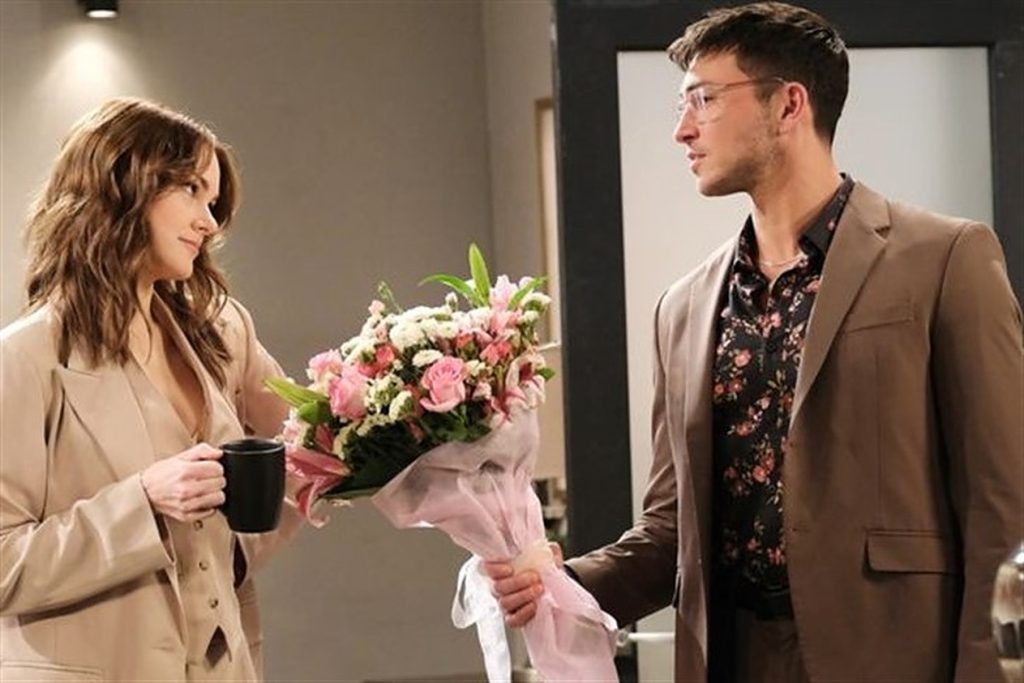 Days of Our Lives: A Love Triangle Is In Works: Stephanie, Chad, And Alex Come Closer

Days Of Our Lives spoilers tease that a new love triangle might be in the works on Salem. As per the latest spoilers, once Chad gets his closure, he will be ready to move on in life. That means he would find another love interest. The soap spoilers suggest that Chad will get closer to Stephanie. Will this piss Alex off? Further, the spoilers suggest that Stephanie will kiss both Chad and Alex. Is DOOL gearing up for the speculated love triangle this fall? Let’s discuss how the storyline is going to build around this scenario.

Chad Gets The Closure To Move On

Over past few months, Chad has suffered enormously while searching for his wife’s killer. Now that he has cracked the case and his brother has even shot Clyde, he will be immensely satisfied. Days Of Our Lives preview video showed how Chad will bid a farewell to Abigail.

Later this week, Chad will get a ghostly vision of his wife, Abigail. She will come and thank him for finding the killer and giving her justice. They both will spend a sweet little time and will seal the memory with a kiss. Finally, Chad will get the closure he needs with Abigail and prepare himself to move on in life. DOOL writers have already confirmed that Abigail’s character won’t appear in the soap again. This means Chad will need a partner with whom he can move on. Who could that be? Let’s see.

Days Of Our Lives Spoilers: Chad Comes Closer To Stephanie, What Will Alex Do? A New Love Triangle In Works?

Previously, fans saw the time when Stephanie went to meet Chad and how she comforted him. Chad also appreciated her efforts to come and spend time with him. As of now, Stephanie and Chad are no more than good friends. However, in soaps, friendships are the start of a romance. So, them being friends might not last long. At least this is what the spoilers are hinting at!

During the week of October 3-7, 2022, Days of Our Lives spoilers tease that Stephanie and Chad will come closer as they enjoy drinks together. Once they connect on a deeper level, chances are there that they might start feeling sparks. In that case, what will happen to Alex? The preview video for the fall already showed Stephanie kissing Chad and then kissing Alex in the other half. Now, what could this possibly mean? Looks like the most speculated love triangle is to build real soon. Then again, the kisses might just be a dream sequence.

Speaking of Alex, he already has pissed Stephanie once by betraying Sonny. So, he will have to do some serious damage control. Making up with Sonny again will do just fine for Stephanie, as fans already know her feelings. Even though Steph initially didn’t like Alex, she acknowledges his efforts to impress her.

So, who will she choose – Chad or Alex? Even if Alex’s personality is polar opposite to her liking, he is willing to change himself for her. Not to mention, the amount of time he has invested in chasing Stephanie is something that she cannot ignore. Over with Chad, he is an old acquaintance of hers. Just now only, their friendship is growing.

Above all, Chad’s personality is something that Stephanie would like. Having two options in hand, who will Stephanie choose in the end? We will know that. Stay tuned as Days Of Our Lives is gearing for the most speculated love triangle. Watch DOOL, it airs every weekdays on Peacock+ in the US and on The W Network in Canada. For more updates and spoilers, visit our website, TV Season & Spoilers.