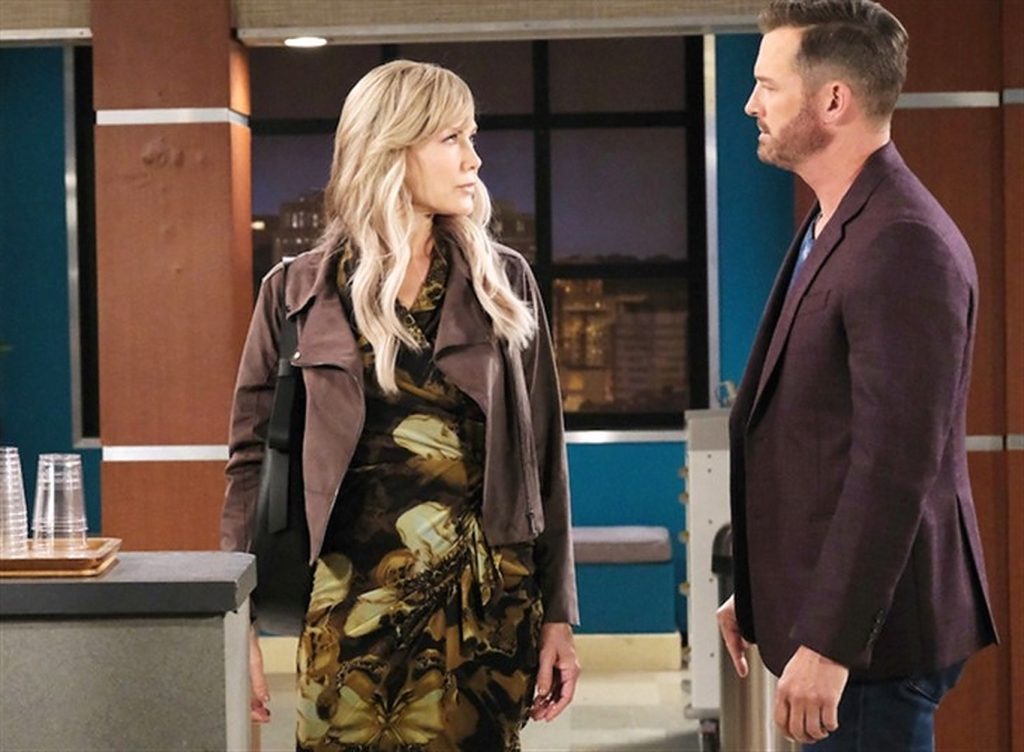 Days of Our Lives: Brady KICKS Kristen OUT!

Days of Our Lives spoilers reveal that Kristen is going to face huge trouble in the coming week. Brady will kick Kristen out of the mansion now that the orchid is missing. He is done with her tactics and will kick her out. As for Kristen, she will now have to go to EJ for help. If EJ also denies helping, what other method will she apply to her brother? Let’s discuss what will happen with Kristen now.

Fans know how Kristen had an evil plan of using the life-saving Orchid as leverage to get back with Brady. Although whatever she tried, she got, her fate had something else written on it. Days of Our Lives showed how Kristen was successful enough to break Brady and Chloe’s relationship. Not just that, she even moved in with Brady in his apartment. Did she stop there? No! Kristen then brainwashed Rachel into reuniting the family and was also trying to get married to Brady.

Unfortunately, things turned for worse when the Orchid went missing. Once Brady and Eric planned to kidnap Rachel and get the orchid back, Kristen found that the life-saving Orchid was missing from the cupboard. All this while that Orchid was the sole thing that made Brady obey Kristen. Now that it is gone, what will happen to Kristen? It is obvious that Brady will leave her, and that is what he is going to do now.

The recent spoilers show Brady will confess to Chloe about Kristen’s threats and will want to get back with her. Since he is planning to sort things out with Chloe, Brady will also kick Kristen out from his house. The Orchid is gone, so there is nothing that Kristen can blackmail him with. After getting kicked out of his place, where will Kristen go? She obviously can’t stay in Salem Inn or the shabby place where Xander is in. Will she go and ask for help from her brother EJ? Let’s discuss what happens over there.

It won’t be a surprise if the homeless Kristen lands at the DiMera mansion’s door and seeks help from EJ. Given how these two share a bond, it is pretty obvious EJ will also kick her out of the mansion. Days Of Our Lives already showed that EJ has landed in a tough spot right now. Since Stefan now has learnt about his brainwashing, he still doesn’t know that EJ also knew about it was using him for business profit.

Chances are there that Kristen will blackmail EJ on it. She may use this information to spill the beans to Stefan if EJ is not ready to let her in. Of course, EJ will never want Stefan to know about his lies, so he may decide to give shelter to his evil sister. Whenever Kristen wants something, she always plays dirty to get it. Looks like this might also be one of the tricks which she may play to get a place to live. Stay tuned to see if Kristen really does this or not. Days Of Our Lives streams exclusively on Peacock+ in the US and on the W Network in Canada. For more updates and spoilers, visit our website, TV Season & Spoilers.