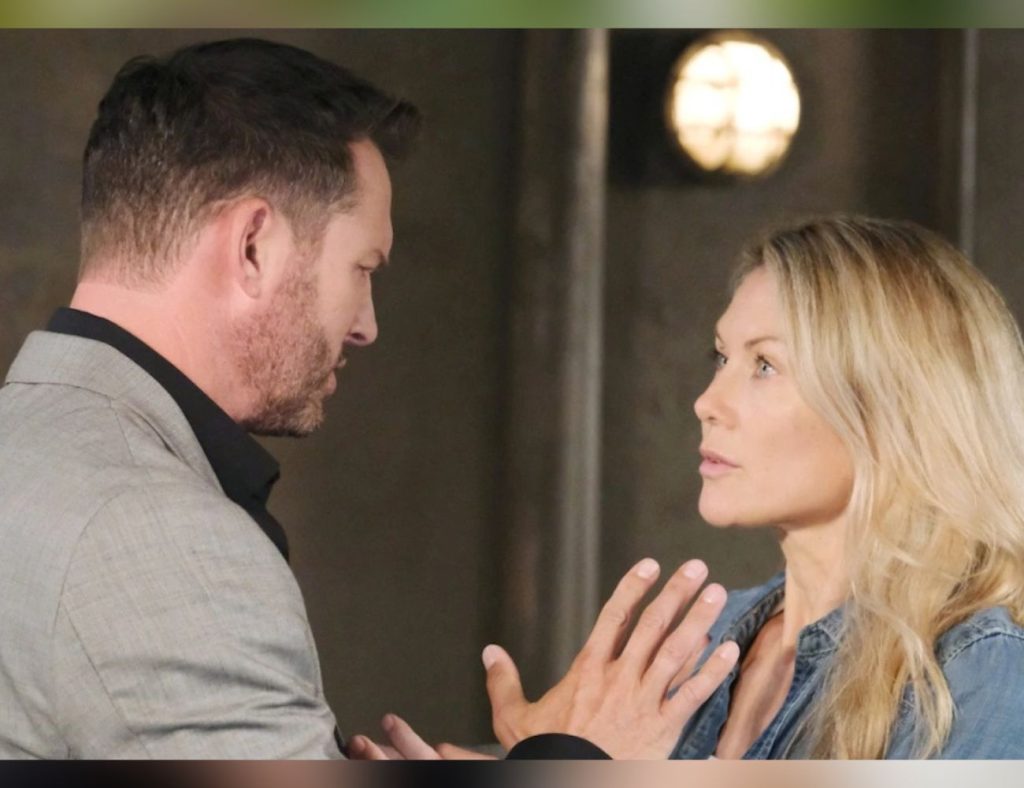 Days of Our Lives: Brady Makes Kristen An Offer She Can’t REFUSE [CHECK OUT!]

Brady Black and Kristen DiMera are still on the outs on Days of Our Lives, over the whole orchid drama. Despite her many attempts, Brady is still keeping Kristen at arm’s length as she is still holding the orchid that can save the trio. However, the latest spoilers suggest that Brady will make a powerful move on DOOL. He is going to make an offer to Kristen, so lucrative that it will require her the might of several mountains to refuse! What could it be? Dig in with us, to find out!

The latest Days of Our Lives spoilers suggest that Brady will confide his worries in Eric in the upcoming days. He will tell him that the cause of his concern is that Kristen holds the all-powerful orchids. The very orchids that they need to make the medicine boosters. After all, Marlena Evans, Kate Roberts Brady, and Kayla Johnson’s fates depend on the cure from the orchid. Thus, Kristen is actually not just holding the orchids in her hands but also the lives of the three women. Making her the most powerful player on the board currently!

Furthermore, Brady will admit to Eric how frustrated he is with his ongoing predicament on Days of Our Lives. He is under the same roof as Kristen, and their daughter Rachel wants to continue playing “house” with her parents. Going to the extent of proposing that they get married! Brady believes that it is most likely Kristen’s idea. And she knows she has the upper hand in the situation, thus making Brady trapped in the mess. However, spoilers suggest that Brady will find a way of turning the tables in his favour! He will use Kristen’s desires in his favor and make her an offer she will be highly intrigued by!

Brady’s Daring Proposal On Days Of Our Lives, Will Kristen Accept?

After hearing out all about Brady’s problems on Days of Our Lives, It looks like Eric will offer a valuable tip. Eric hates Kristen for all the unforgivable things she has done in the past, still, he will tell Brady to follow his heart. It is no secret that Brady still has feelings for Kristen. Moreover, deep down, he still wants to be with her. Eric can see it, and so can we. However, the only thing holding Brady back are his own inhibitions. Days of Our Lives spoilers suggest that Eric will push Brady to get past his inhibitions and take matters in his own hands.

Thus chat will prove fruitful for Brady, as he will come up with a proactive plan of his own. He knows how badly Kristen wants to be with him. Thus, he will put himself on the table on Days of Our Lives. Although, he will make sure he comes at a cost to Kristen. Brady will make an offer to Kristen, that he is willing to marry her, if she gives him the orchid for the boosters. Will Kristen accept the offer? Will she give up her power to have what her heart truly desires? Stay tuned to the upcoming episodes of Days of Our Lives to find out! Now streaming exclusively on Peacock.