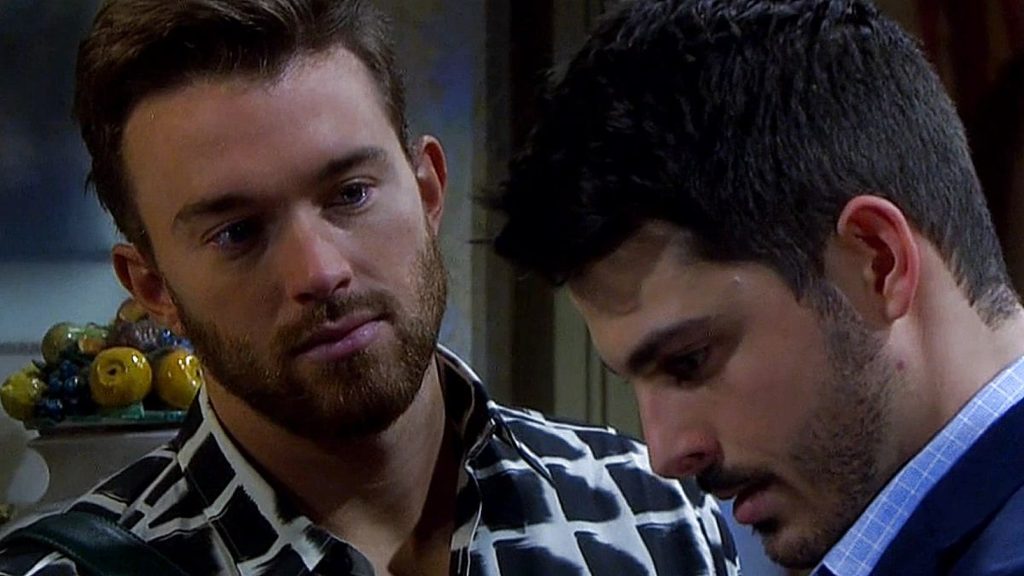 Days Of Our Lives spoilers for December 2, 2022, tease that Kristen will try to make some manipulative moves on Brady. She will want to get Brady to get back with her. Elsewhere, Sonny will offer a job to Leo, and Will Horton will fret over his relationship’s future. On the other end, Nicole will end up with EJ in bed. Keep reading to find out what DOOL has in store for the viewers in today’s episode.

First, Sonny will try to help Leo out when he’ll be in need. Fans know that Leo confided in Sonny when he lost his job, and Sloan took his salary, also. Days of Our Lives spoilers tease Sonny will now have a job offer for Leo to help him come out of his misery. Given how Leo has caused problems in Sonny’s life, it indeed looks like a wrong decision, but that is what it is. However, chances are there that Sonny might either give him a job at Titan or somewhere else. Whatever the case, Sonny will have a job offer for Leo.

In the meantime, Will Horton will also hear about this and will grow extremely concerned. He will notice the bond growing between his husband and his rival. Given how manipulative Leo is, Will won’t like how Sonny is bonding with Leo. Speaking of manipulation, Kristen will also plot some plans. She will want to get back with Brady. Even though they share the same roof, thanks to the rare orchid and Rachel! Kristen will now want to get back into a relationship with Brady.

Kristen will plot a plan and will hope that she succeeds in it. Meanwhile, Marlena and John will worry for Brady. They know that Brady has feelings for Chloe and not for Kristen, and something is pressurizing him to be with Kristen. So they will feel bad for him.

Next, Chad will struggle with mixed feelings. Days of Our Lives spoilers tease Chad will notice the recent closeness between Alex and Stephanie. All this whole it just Alex who was trying to woo Stephanie, but now, Stephanie will also reciprocate his feelings. Once Chad notices that he will know that Stephanie has started falling for Alex. Of course, Chad won’t like that a bit. Even though he said that he couldn’t see any future with Stephanie, that was the time when he wasn’t moved on from Abigail’s memory.

However, things have changed now! Even though he hasn’t moved on from Abigail, he certainly won’t like Alex and Stephanie’s closeness. Speaking of closeness, Nicole and EJ will also drink together and end up in bed. Other spoilers tease that EJ will provoke Eric in some way that he will punch him on the face within the next couple of episodes. We have to wait to see what exactly happens over there. Stay tuned and watch Days Of Our Lives, it airs every weekday on Peacock+ in the US and on the W Network in Canada. For more updates and spoilers, visit our website, TV Season & Spoilers.