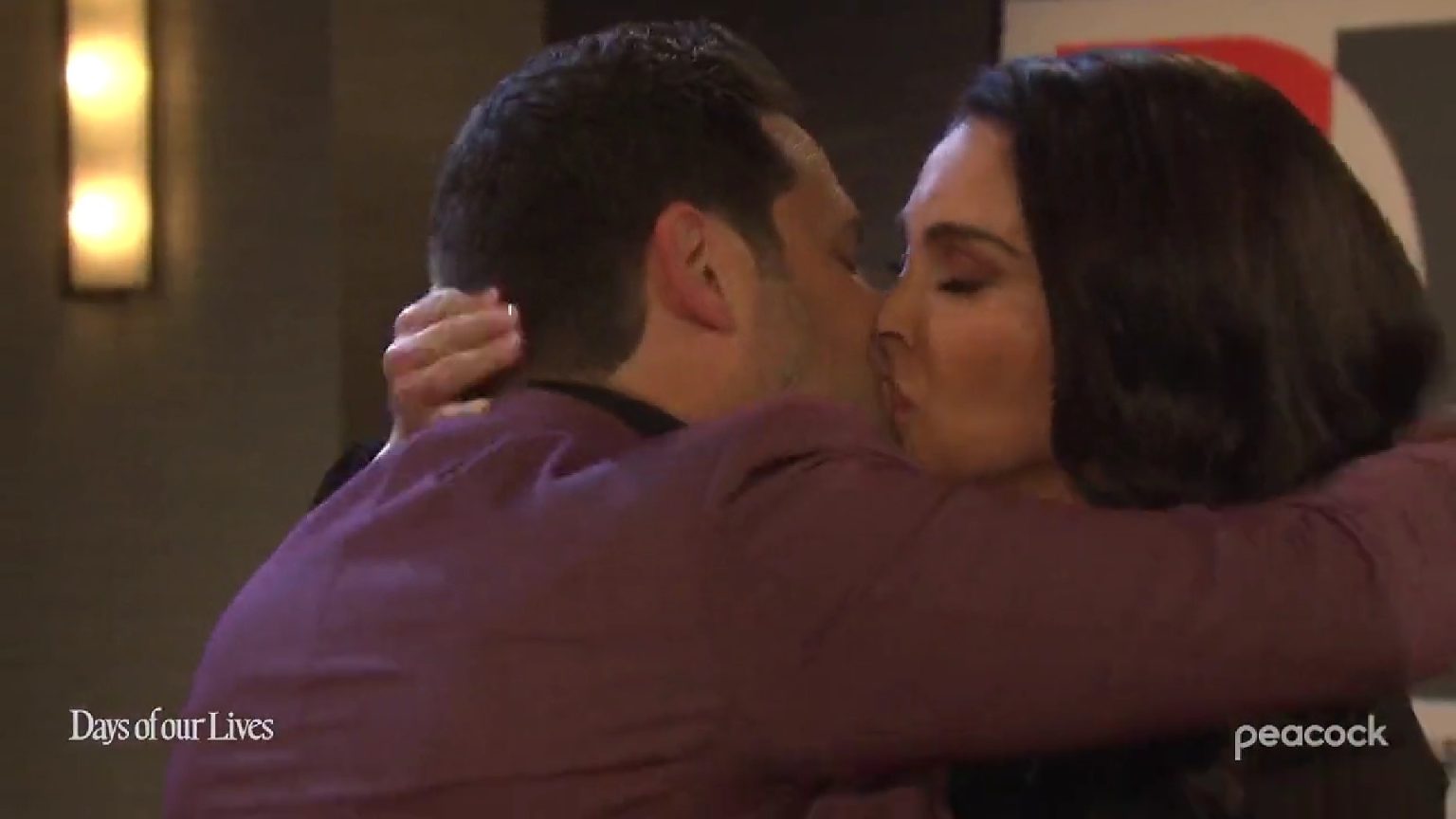 DOOL/Stefan (Brandon Barash) and Chloe (Nadia Bjorlin) to get back together?
Days of Our Lives Spoilers

Days of Our Lives: Chloe Moves On With Stefan After Breakup From Brady, Brady Is JEALOUS

Days Of Our Lives spoilers tease that Chloe might eventually move on with Stefan after her breakup with Brady. Chloe won’t want to be in any connections with Brady anymore. Once Brady learns about it, what will he do? He already is very jealous of Stefan’s nonstop efforts to chase Chloe. Once both get back together, what will Brady do then? Keep reading to know what is to happen next.

After breaking up with Brady, Chloe still doesn’t know what made him change his mind and get back with Kristen. However, fans know that Kristen blackmailed Brady to do so. Days of Our Lives already showed how Stefan took advantage of the situation. Even though his thoughts are not to manipulate the situation, he just wants to get back with Chloe. Whenever Chloe was lonely and devastated, he was always there to comfort her with his words and presence.

This is how Chloe and Stefan came a bit closer. But even then, Chloe wasn’t able to move on from Brady. Poor Stefan did everything possible to make Chloe convince that he is the one for her and not Brady. In the recent episodes, Stefan also kissed Chloe to help her forget about Brady. But that was also unsuccessful since she pulled back from the kiss.

As for Brady, he knows how Kristen forced her to break up with Chloe. So, even though he is living with Kristen, his heart and mind only revolves around Chloe. So, seeing Stefan comfort her just pissed him off real bad. However, that didn’t stop Brady from thinking about Chloe. He did try to warn Chloe to stay away from Stefan, but that was of no use. She just shut him off by asking him to mind his own business. Will Brady do that? Minding his own business while seeing his love interest getting closer to another man that’s not what Brady is! As concern and jealousy takes over Brady, what awaits for Chloe and Stefan? Let’s discuss that.

Days Of Our Lives Spoilers: Jealous Brady Goes After Stefan?

One thing is for sure, Chloe and Stefan’s little bit of closeness is pissing off Brady this bad. What will happen when she gets back with Stefan? It will surely blow off Brady’s mind. As of now, Chloe has asked for some time from Stefan. Since she just broke up, she will need some time to move on from the memories. And Stefan was considerate enough to give her that. But what if things take change for the worse? We know that Kristen assigned Li to make Chloe find a new job away from Basic Black.

Office is the only place where Brady can see Chloe, so changing the office will help Chloe move even better. However, given how Kristen is, she might also try to manipulate Brady even further. Right now, Rachel wants her parents to reunite. Although they are living under one roof, Kristen might not be satisfied with it. Looks like Kristen might next aim to get married to Brady for the sake of Rachel. Well, if that happens, then it will surely give Chloe a green signal to get back with Stefan. A situation this chaotic will obviously surpass Brady’s threshold for his jealousy. He already has a history of drug and alcohol abuse. So, will Brady be back into his addiction?

Chances are there that a drugged Brady might now want to go after Stefan for manipulating Chloe. His jealousy might take over him and make him do something serious. Will he attack Stefan in any manner? Possibilities are there. Stay tuned as DOOL will air more action-packed episodes in the upcoming weeks. Days Of Our Lives is streaming on Peacock+. For more such storyline-predicting articles, visit our website, TV Season & Spoilers.