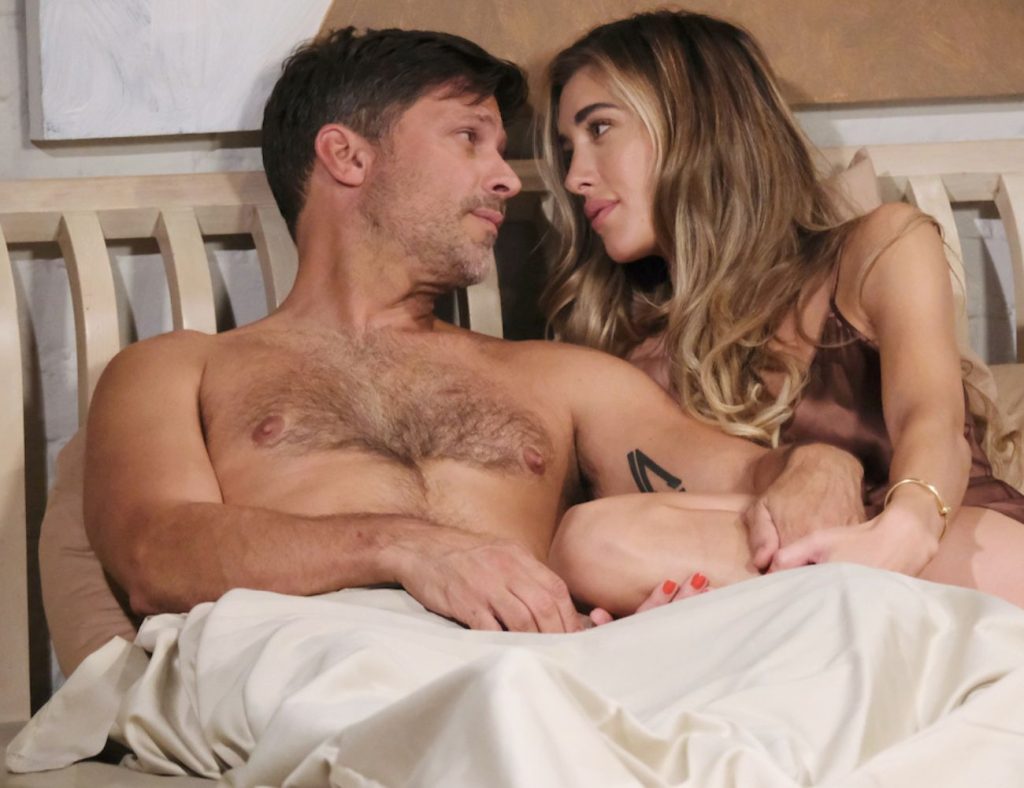 Days of Our Lives: Eric And Sloan’s SHOCKING Impulsive Decision

Eric and Sloan are no strangers to tragedy on Days of Our Lives. They both have had difficult pasts, and their presence isn’t very kind either. However, they have managed to find some comfort in their no strings attached hookup arrangement. Although the latest spoilers suggest, their perfect arrangement could change its color soon on the daily soap. Are they about to make things more permanent between them? Let’s find out what’s in store for Eric and Sloan ahead.

Hookup Buddies To Partners In Crime

Sloan has had an array of Hookup arrangements on Days of Our Lives. First, she was hitting the sheets with Alex, but he moved on to a more permanent situation with Stephanie. Then, Sloan crossed paths with Eric Brady. Before we knew it, the two hotties started crossing their legs under the duvet. Their no strings attached settlement was going just fine until Eric roped Sloan into his risky plan with Brady. Viewers might remember recently, Eric faked his daughter Rachel’s kidnapping to steal the orchid from Kristen.

This little stunt on Days of Our Lives has made Sloan see Eric in a completely different light. In fact, Sloan might even find herself feeling more fascinated and drawn to Eric. She can now see that there is more to Eric than what met her eyes before. Under the surface, he can be a risk taker too. He manipulated Kristen and stopped at nothing to get his way. Meanwhile, she did not miss out on how gentle and caring he is with little Rachel. Eric has suddenly risen as the good boy with a little dash of darkness. Tantalizing, we have to admit. We can’t really blame Sloan for wanting more of him now. We do too!!

While Eric, Brady, and Sloan may have gotten away with their plan of duping Kristen, the poisoned ladies may not. We know Kate and Kayla are already dead

on Days of Our Lives, thanks to Orpheus’s toxins. Furthermore, Marlena is right behind them in the ICU. Days of Our Lives spoilers have teased a heaven sequence with all three ladies. Hence we can assume that Marlena will die too. At least for the time being, they do. We know how easily people rise back from the dead in Salem! Anyhoo, Eric will really take a hard hit when Marlena passes. He has given up so much in the quest to save the three of them.

The latest Days of Our Lives spoilers suggest that Eric will find the much-needed support from Sloan in his testing times. This could easily change the nature of their casual situationship to something more meaningful. It’s true that they have a no strings attached deal, but Eric is not heartless

. In fact, he defended Sloan to Nicole, and he has been understanding of her pain regarding the loss of her parents. The two may decide to skip town for a while together and leave their problems behind for a while. Eric and Sloan might find themselves on a drunken escapade around surrounding towns.

At some point, the couple might even indulge in some reckless lovemaking which may leave them with lasting consequences! A baby on the way, perhaps? That could certainly add a sense of permanency to their relationship. Or what about a drunken wedding? That would certainly add some spice to their story! Which of the two do you think is more likely? Stay stunned to the upcoming episodes of Days of Our Lives to find out what happens between Eric and Sloan.