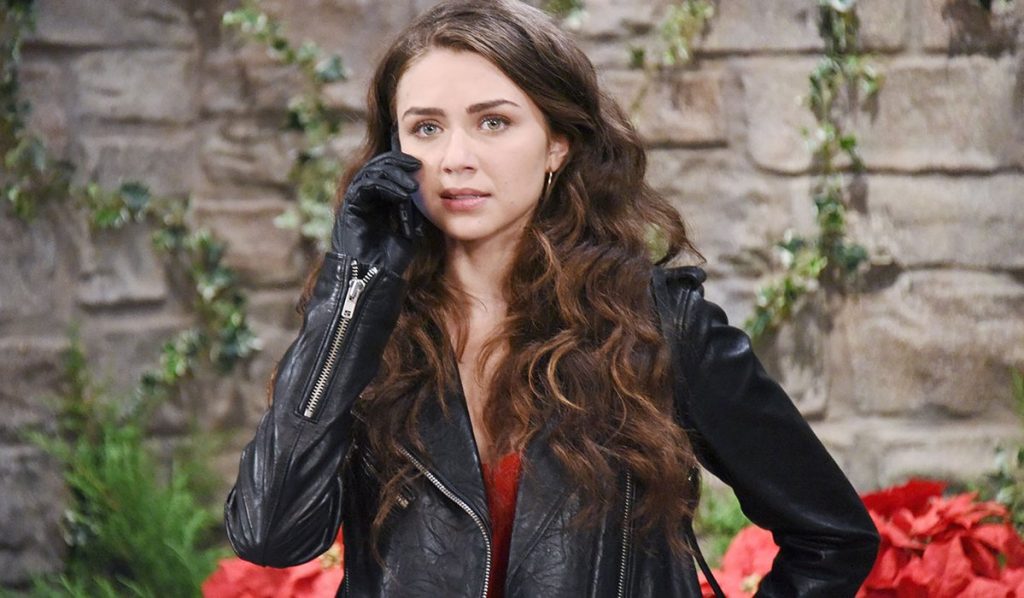 Days Of Our Lives: Is Ciara Brady Dead?

Ciara Brady is a character in the NBC daytime drama on the soap opera Days Of Our Lives. She always gets in trouble, and fans sometimes even wonder that she might be leaving the soap. But, Ciara has proven to be strong every time so let’s take a look at her character’s history.

Ciara Brady’s role is currently played by Victoria Konefal, who took over the role of the actress Vivian Jovanni in 2017. While the character is crazy popular, there have been questions making rounds asking if Ciara Brady is dead? But is she? Here is all about it.

Days of Our Lives spoilers confirm that Ciara Brady is very much alive. A year ago when Ciara was able to escape harmlessly when Vincent was in the prison after confessing her murder. In addition, she also managed to escape from the violent explosion that seemed to kill her, but she stumbled upon Rhodes. She thought he was her savior. But he turned out to be her worst nightmare.

Days of Our Lives viewers know that Vincent had hired Rhodes to keep Ciara safe back in the day. But then he hid Ciara from her husband Ben and her family in Salem. It was part of Vincent’s twisted plan to take revenge on Ben for the murder of his fiancé Wendy Taylor. However, his plan was unsuccessful, and Rhodes was forced to continue his mission as planned.

Rhodes stayed on the track as control continued to come and take care of Ciara. However, she was tired of being treated like a prisoner, and later on even though she was well cared for, she felt trapped against her will. Then, Ciara went through a lot of struggles with her captor and tried getting out of it. When Ciara was not found after the explosion, everyone thought that she died.

Days Of Our Lives: Ben Was Devastated

Days of Our Lives fans know that Ben Weston had a hard time accepting that his wife died in the blast. Ben could not find her body and hoped that Ciara would survive. The only physical evidence was her ring at the crime scene.

Even her detective mother, Hope Brady, wasn’t able to believe that her daughter died in the blast. Although Ciara’s rings were found with the charred remains of a body, Hope was convinced that her daughter was still alive out there somewhere and went off in search of her.

Ben also remained hopeful, and it was later revealed that Ciara was being held prisoner by a man named Rhodes. When Ciara woke up in the hospital, she had no memories of recent years and still believed Ben to be the necktie killer! She underwent hypnosis with Marlena but all that did was make her remember the cabin fire that Claire set.

Days of Our Lives spoilers reveal that Susan Banks came back to Salem and called Ben Weston to step between Brady Black and Chloe Lane. With the help of Kristen, Banks was able to help Ben find his wife. Susan’s vision that Ciara is alive helped Ben to look for his wife even more and then he started looking for his wife seriously.

Viewers know Ben and Ciara are definitely connected. As soon as Ben starts the search; Ciara also attempts to escape from Rhodes. Her escape attempts were unsuccessful, and then Rhodes was killed by Evans, who didn’t approve of Orpheus’ plan to ransom off their captive.

After accidentally causing a gas leak, Ciara was nearly killed in the resulting explosion, but Ben rescued her in time. Thus, the duo reunited after so much struggle.

Days of Our Lives: Is Ciara Brady Dead?

The simple answer to Is Ciara Brady Dead? is No. Ciara is very much alive in the soap opera. The current storyline of Ciara right now is that she’s expecting a baby with her husband, Ben Weston. She seems very excited to start a family.

The spoilers tease that she is not dead but might go away from the show for a while. The actress has some other projects pending other than soap operas, and she wants to focus on that. But, don’t fret; she hasn’t announced her permanent exit, and we might see her sooner than later.

Tell us in the comments below. Will you miss Victoria in the soap opera? TV Season & Spoilers will keep you updated with all the news until then. So, stay tuned. Days Of Our Lives airs on NBC all weekdays.