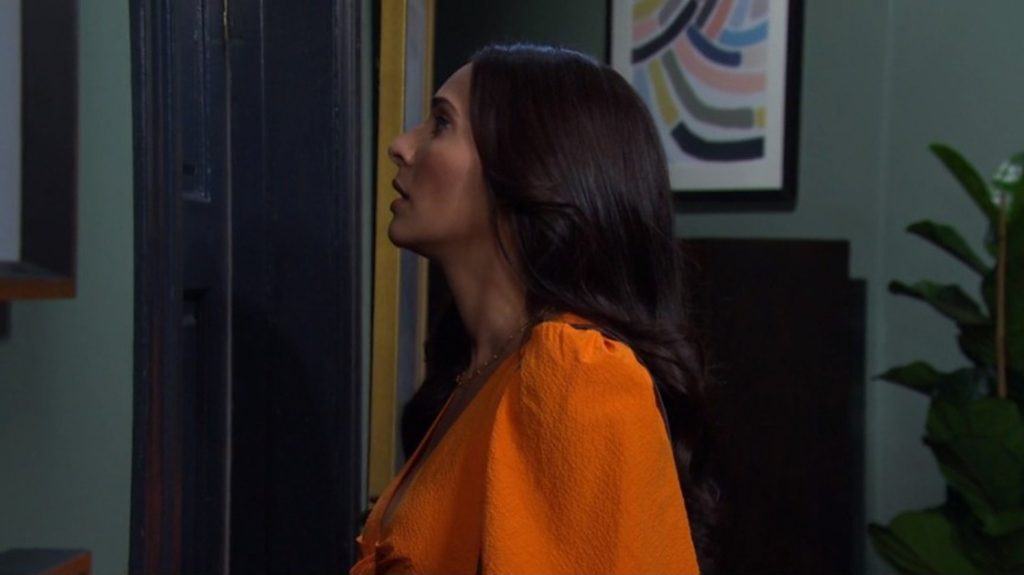 Days Of Our Lives Preview For 2023: 3 Main Characters DIE, The Wall Of Lies Crumbles Down

Days of Our Lives 2023 preview claims that three main characters in the show will have a fateful end in the show. However, there will be a huge twist in the storyline, which will shake things up. Elsewhere, couples will face some dilemmas in their relationship and will be put to the test. Alex, Stephanie, Sonny, and Will, everyone will have to face troubles. Let’s continue reading to know what all will unfold in DOOL this year.

Days of Our Lives started this year by showing Alex and Stephanie having an argument. The spoilers say Stephanie won’t like Alex’s jealousy. Alex will have a conversation with Chad and will want to know if he has feelings for Stephanie or not. However, he wouldn’t know that Stephanie was overhearing their conversation. Once she comes out, she will call out Alex’s jealousy and will make it clear that she is not his property and can be friends with anyone she likes. Will this argument become the base for ruining Alex and Stephanie’s relationship? We will know that soon.

Over with Nicole and EJ, they will also face some dilemmas. After divorcing Rafe, Nicole will still be having some conflicts with her feelings. Looks like she will still have feelings for Eric, although she is with EJ. While Eric will be invested in Sloan. Even though they started as a casual relationship, they will come closer to each other in the upcoming weeks. Back to Nicole, EJ will wonder why she is not properly reciprocating his feelings.

Elsewhere, Sonny and Will Horton will face some tense moments. Since Sonny is adamant about not throwing Leo out of the mansion, Will Horton will be pissed. Given what all Leo has done in the past, Will won’t understand what is making his husband to befriend the maniac. Across the town, Allie will also feel threatened by Chanel and Johnny’s friendship. Little does she know that he already will get into a relationship with Wendy. Whatever the case, these couples will continue to face some dilemmas which will test their relationship this 2023.

Fans know that Kate, Marlena, and Kayla were given some slow poison that can only be cured through a rare orchid. Days of Our Lives then showed how that orchid went missing in the latest episode. Because of this, Kate’s health started deteriorating, and she will finally succumbs to her illness. The same will happen to Kayla, who will collapse in the hospital. According to the head writer, all three main characters will eventually die in the soap.

As of now, Marlena has already held Kristen responsible for missing the orchid. Looks like the orchid will remain missing till the former hostages face their deadly end. All the family members will be shocked and become emotional wreck. However, there will be a huge twist in the storyline, which will shake things up. Stay tuned to see what it is.

The Wall Of Lies Crumble Down

Next, Sarah will overhear Gwen and Xander’s conversation and will know that Xander was the one who kidnapped Bonnie and Susan. Days of Our Lives spoilers say Sarah will inform Bonnie, Justin, and Maggie about Xander’s recent crime. Bonnie and Justin will later meet Xander, where Bonnie will punch him and admit that she knows the truth. Since Sarah is spreading the update about Xander, he will fear of getting arrested.

However, Gwen will try her best to help Xander escape from this. But Leo will push her to press charges against Xander and blame him for everything. Since Leo doesn’t want to get into a legal mess, he will force Gwen to take this step. Fans know that she likes Xander and wants to get back with him. So, she will assure Leo that she can take care of the whole situation.

Finally, Gabi will also narrate what happened to Stefan. She will share how he was programmed to hate her and get back with Chloe. Other spoilers claim Stefan might refuse to get reverse brainwashing done. Will this make Gabi devise a plan and somehow force him to get the treatment? Anything is possible if Gabi truly wants to get back with him. Stay tuned and watch Days Of Our Lives, it airs every weekday on Peacock+ in the US and on the W Network in Canada. For more updates and spoilers, visit our website, TV Season & Spoilers.