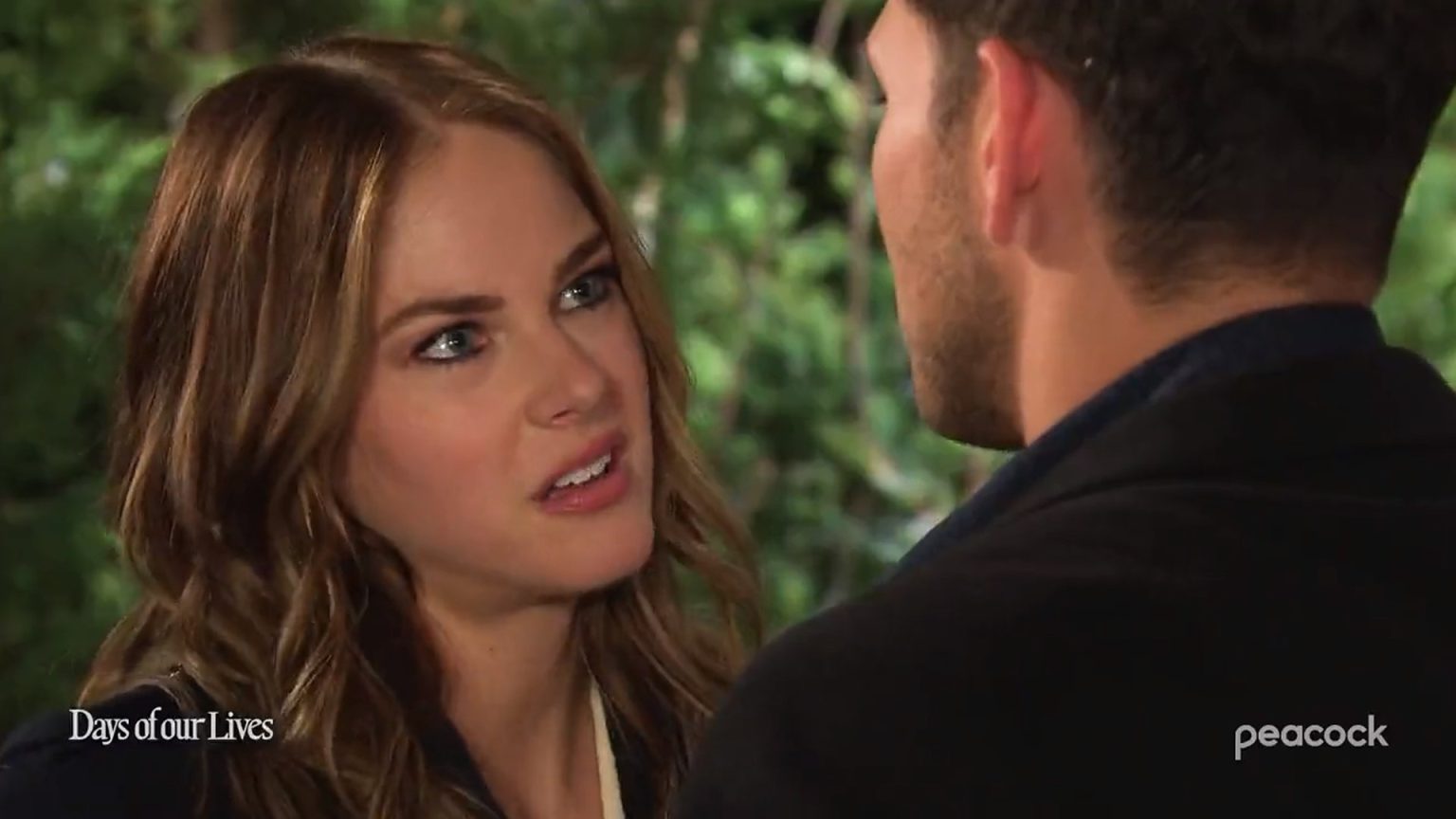 Days Of Our Lives Preview Video For The Week Of January 2-6, 2023: Kate’s Health Deteriorates, Alex-Stephanie’s Argument

Days of Our Lives preview video for the week of January 2-6, 2023, reveals that Alex and Stephanie will have an argument. Elsewhere, Kate’s health will start declining faster than she thought. While Kate struggles for her life, Marlena will lash out at Kristen and hold her responsible. Gabi will also come to meet Stefan and will spill the truth to him. Later, Kayla will also collapse in the hospital. Keep reading to know what is brewing in DOOL this week.

The preview video for the week of January 2, 2023, starts with Gabi reminding Stefan that he still loves her. Days of Our Lives spoilers tease that Gabi will spill the whole truth to Stefan once he and Chloe are back to town. She will want to help Stefan remember the time they were together. However, Stefan still won’t remember anything and will be pissed off with Gabi’s continuous pestering.

Next, Alex and Stephanie will have an argument. Looks like Alex will just go overboard with asking Chad about his feelings for Stephanie. So, she will be pissed off with him and will wonder if she is his property. Other spoilers tease that Alex will make a major decision out of his anger. Will he decide to leave his dream girl after she fails to understand his possessiveness? We will have to wait to see what happens.

Further on Days of Our Lives, Kate’s health will deteriorate faster than Rex imagined. The spoilers tease Kayla will also collapse in the hospital. While things are getting worse for the former hostages, Marlena will blame Kristen for everything. She knows that she has the orchid, which is currently missing, so she will hold Kristen responsible if anything happens to them.

Later, Kristen will lose her mind since the orchid will be missing, and Rachel will also be in trouble. Seeing Kristen lose her mind, Brady will have second thoughts about his plans with Eric. He will fret over Kristen’s next move if she comes to know that he and Eric kidnapped Rachel. What are your thoughts on this? Comment down your opinion in the comment section, and do not forget to watch the preview video. Days Of Our Lives airs every weekday on Peacock+ in the US and on the W Network in Canada. For more updates and spoilers, visit our website, TV Season & Spoilers.