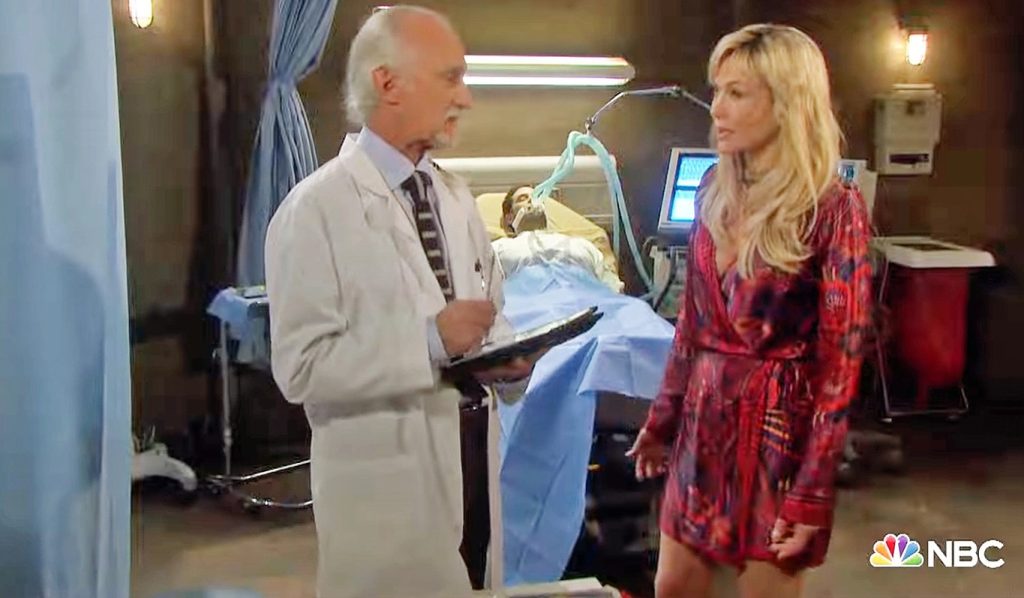 Days Of Our Lives Preview Video For The Week Of August 1-5, 2022: Dr. Rolf Brings Stefan BACK, Kristen Is SHOCKED

Days of Our Lives preview video spoilers for the week of August 1-5, 2022, reveal that Dr. Rolf comes up with another mind-boggling stunt. He has some weird fiction-like surgery to perform on Jake’s dead body. His attempts shock Kristen. She is now ready for her counterattack soon. Keep reading and let’s see what the so-called doctor has in store to entertain viewers.

It’s a soap opera, so we can expect anything to happen. The Days o Our Lives preview video shows that Dr. Rolf has got some wicked plans in his mind. Even though it is not shown what he really wants to do. But, through his evil laugh, one can easily make out that he is up to some unrealistic stunts.

However, the preview video shows that he and Kristen have somehow managed to take Jake’s dead body. The body is lying on the bed with some wires attached to it. Since the scene involves Dr. Rolf, fans can expect to witness some mad science.

In the preview video, the doctor is talking to Kristen. He tells her that Jake is dead. However, the scene doesn’t really match his statement. The clips show Jake on a ventilator. Did the doctor bring Jake back to live? If so, why is he saying he is dead?

Days of Our Lives spoilers say that he will admit that there is one more thing that they could try. Kristen will ask him to do it.

The clips show the doctor unveiling the curtains while saying “behold”. There will be a huge revelation on something which will clearly stun Kristen. A speculation says that it has something to do with Stefan. There are possibilities that Stefan’s brain was preserved or some other mind mapping session. Or, to look more wicked, he might revive Stefan by using Jake’s heart. Lastly, the end of the preview clip shows Kristen saying, “Oh my god!”.

Whatever it is, the coming episodes are going to be insanely packed with mad science. What do you think should happen in this storyline? What Experience is Dr. Rolf going to conduct? Before commenting, do not forget to watch the preview clip down below. Watch Days Of Our Lives which airs every Weekdays on NBC. Visit our website, TV Season & Spoilers, for more information.