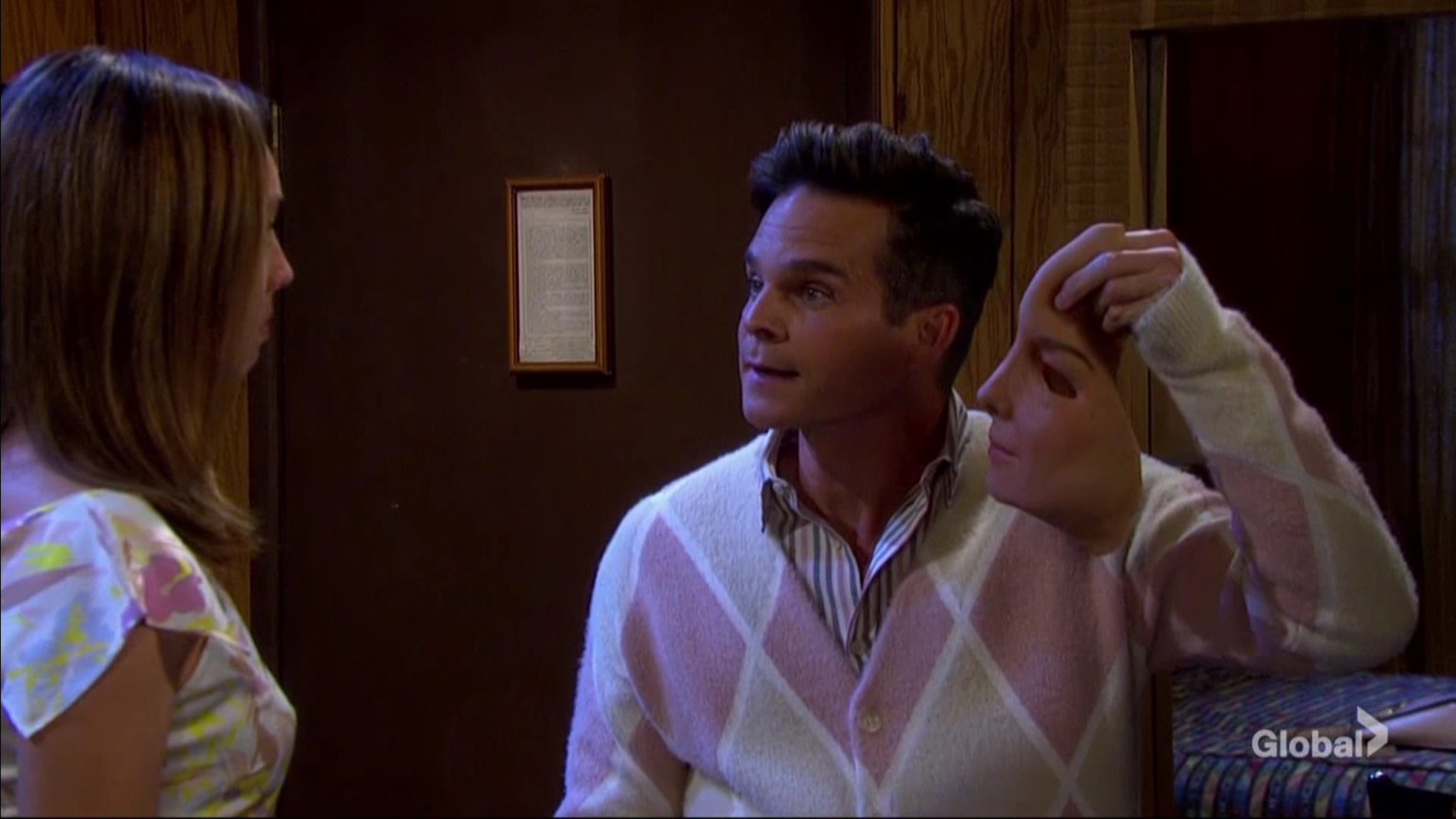 Days of Our Lives recap for Monday, August 22, 2022, revealed the story of Gwen’s confession to Rafe. She admitted to threatening Abigail with a syringe on the night of her murder. However, Abigail could see through her plan and let her go after she begged to be saved. Rafe did not trust her after her confession.

Then, Leo also narrated his story to Sloan. The murder weapon was the knife he used to steal Abigail’s jewelry. Rafe decided not to let Gwen and Leo leave custody. Meanwhile. Kristen spoke to Chad and consoled him about Abigail’s death.

In this episode of Days of Our Lives, we saw Rafe convince Gwen to confess what happened on the night of Abigail’s murder. She talked about her temporary escape. In flashbacks, we saw Gwen wearing Sarah Horton’s mask and threatening Abigail with a scary syringe. However, Abigail tore off Gwen’s mask and understood Gwen was trying to implicate Sarah.

Apparently, Gwen wanted to scare Abigail so she could win Xander’s affections. The syringe only had saline, but Abigail was furious and threatened to call the cops. Of course, Gwen tried to assure Abigail that she did not kill Laura intentionally and wanted to return to prison. Abigail agreed and threatened Gwen from making any more moves in the future.

Furthermore, Gwen told Rafe that Lucas had seen her drop the syringe on her way out. Gwen insisted that she did not kill Abigail. However, Rafe made a point that he could not trust her after what she had done.

Days of Our Lives: Leo Tells His Story

Meanwhile, Leo told Sloan his version of the story. He admitted to stealing the knife from his breakfast tray and heading to Abigail’s room

. He got stuck in the bathroom while Abigail and Chad were in the room. Finally, he got a chance to leave and decided to take some of Abigail’s expensive jewelry on the way.

Moreover, after stealing the jewelry, Leo left the knife behind. He had used it to pry the boxes of jewelry open. Now Sloan knew she couldn’t use the murder weapon in Leo’s defense. However, she approached Rafe and asked him to release her client, Leo. Rafe disagreed; he had plenty of evidence to hold Gwen and Leo.

Chad And Kristen Have A Chat

Further, In this Days of Our Lives episode, Chad heard Kristen leave a voicemail to Dr. Rolf at Marlena’s office. All he could hear was Chloe Lane’s name. Kristen blamed it on work and tried to console Chad for his grief. Chad vented about Abby’s decision to stay on the island and how Kristen had stolen time from him.

Kristen was apologetic. She admitted she was the worst in the family, and Chad was the best. Moreover, she wanted to be close to Chad and support him. Later, He left for the Horton house, where Jack and Jennifer told him about Gwen’s confession. How will Chad react? We will know in the upcoming episodes. Days of Our Lives airs weekdays on NBC. Catch the latest news and spoilers from the show on TV Season & Spoilers.