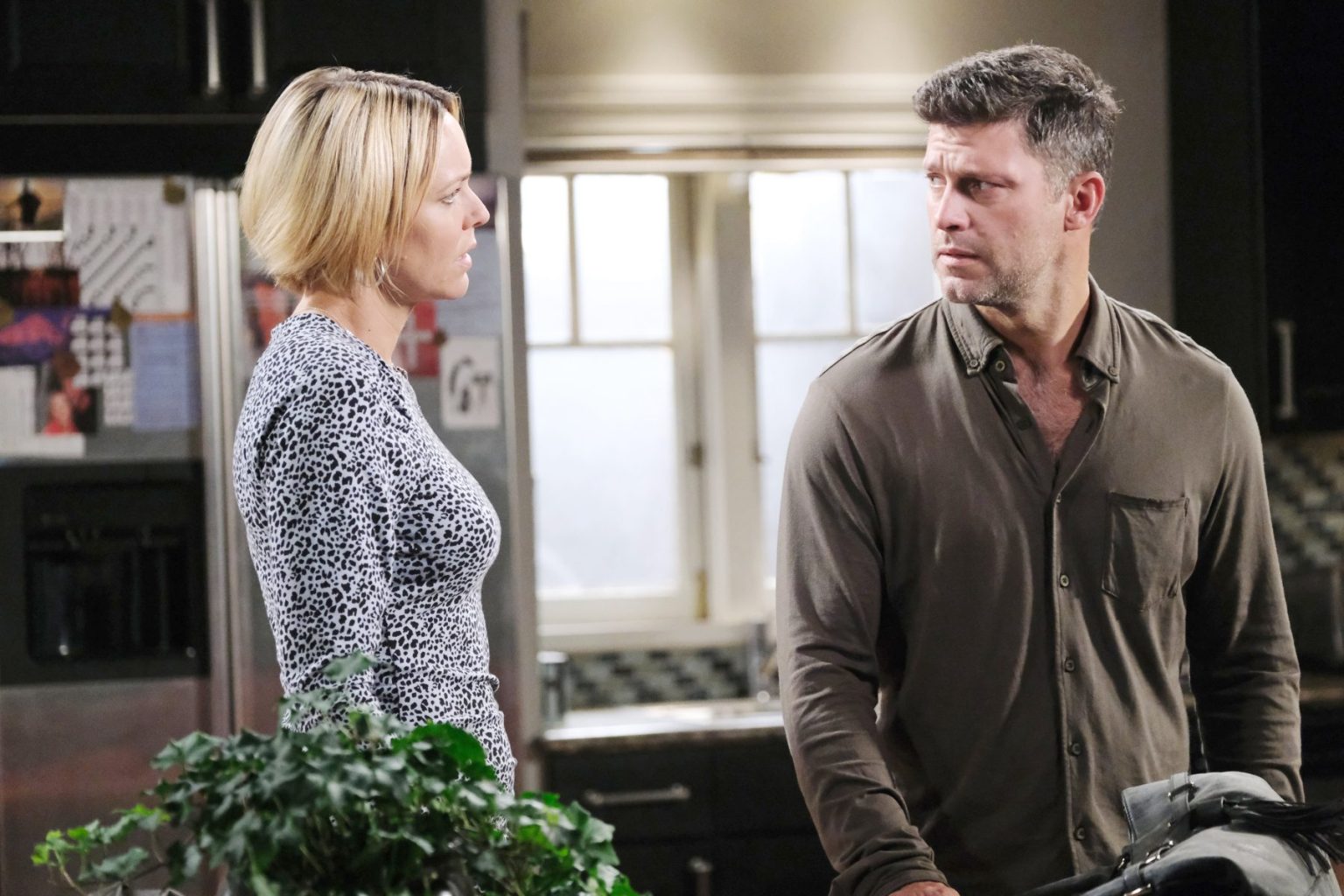 Days Of Our Lives Recap For August 25, 2022: Nicole Misses Eric, Sloans Walks Away

Days of Our Lives recap for August 25, 2022, revealed the story of changing lovers in Salem. In this episode, Eric and Nicole got dirty dreams of each other. However, when Rafe arrived with breakfast, Nicole embraced him. Similarly, when Jada kissed him, Eric agreed to sleep with her. However, later, Nicole ran into a half-naked Jada at Eric’s house.

Elsewhere, Gwen met Leo in prison and scolded him. They patched up and decided to have Sloan as their common lawyer. Sonny saw Sloan at Alex’s house, and Alex asked her to choose between her career and lover. She walked out of the room. What did that mean? Here is everything to know.

Eric & Nicole Dream Of Each Other

In this episode of Days of Our Lives, Eric got a dirty dream about Nicole Walker. He woke up startled while Nicole had a dream of her own. Rafe arrived with breakfast for Nicole, she was almost going to confess what was on her mind. However, Rafe’s efforts changed her mind, and they shared a few passionate moments.

After Rafe left, Nicole called Chloe to discuss her dirty thoughts for Eric. Chloe suggested this was because Nicole was jealous of Eric and Jada. Nicole confessed her wish to tell Rafe everything and get it off her chest. Chloe intervened and said that was a bad idea.

Days Of Our Lives Recap: Jada & Eric Sleep Together

Speaking of Jada, she arrived at Eric’s door to complain about a malfunctioning AC. Eric offered to fix the AC after getting dressed. Jada thought that was not necessary and pulled him for a kiss. Eric and Jada made love but felt awkward after the deed. Jada admitted this was the first time she had been with someone after her divorce.

Eric confessed Jada was the first person he had been with after Nicole. The two of them confessed they liked each other. Eric planned to get breakfast and fix the AC while Jada took a shower in his room. Nicole arrived at his doorstep and saw a sloppily dressed Jada in his room.

Further in this episode of Days of Our Lives, Leo had a visitor at the police station. Gwen entered and reprimanded Leo for ditching her. After she shared her side of the story from the night of Abigail’s murder, she confessed Leo was her friend. Gwen wanted Leo to believe she was innocent, which he did.

The two of them resolved their differences and hugged each other. Later, Leo suggested Sloan could be Gwen’s lawyer as well. Gwen agreed

to this plan. The two of them were together in this now. Speaking of Sloan, later, Sonny found Sloan in Alex’s house. He demanded she leave the room. Sonny did not like her being in the house because she was Leo’s lawyer.

Alex asked Sloan if she would want to be Leo’s lawyer or his lover. Of course, Sloan chose her career and left the room with her head held high. Alex scolded Sonny for coming in the way of his romance. Days of Our Lives airs weekdays on NBC. Stay tuned with TV Season & Spoilers for the latest news and spoilers.