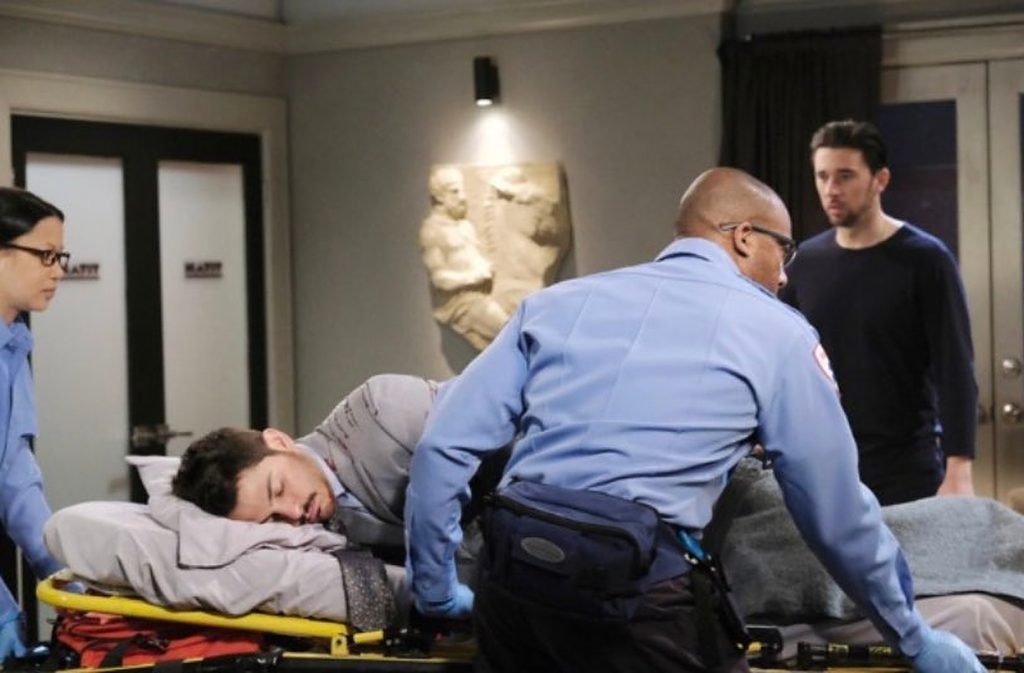 Days Of Our Lives Recap For Friday, September 2, 2022: Chad Is Furious, Sonny Is In Hospital

Days of Our Lives recap for Friday, September 2, 2022, revealed the story of Leo and Sonny. First, we saw Nicole admit to Chloe that she had lied to Eric about her dream. Chloe warned her to focus on her marriage and stop obsessing over Eric. Meanwhile, Jada and Rafe decided Gwen was innocent and will investigate Leo.

In addition, Chad saw Leo hovering around injured Sonny. They called the paramedics and tried to save Sonny. Chad assumed Leo attacked Sonny and killed Abigail. Leo slipped away before the cops arrived. Rafe and Jada inspected Titan, the crime scene, and found some clues.

In this Days of Our Lives episode, we saw Nicole share updates with Chloe at her hotel suite. Nicole told her about Jada and Eric sleeping together and how she discovered it. She also confessed her fake dream story to Eric. Moreover, she was also wondering if Eric had lied about his dirty dreams.

Chloe felt embarrassed for Nicole and stopped her from interfering in her ex’s life. Nicole insisted she was concerned about Eric and needed to know all about Jada. Chloe urged her to check on herself and not overstep her boundaries. Nicole was married to Rafe; Chloe thought it was important for Nicole to decide regarding her marriage and stop obsessing over Eric.

Days Of Our Lives Recap: Jada Makes A Confession To Rafe

Speaking of Rafe, he felt Gwen was telling him the truth at the Salem PD. Abigail might have been alive when Gwen left her. Rafe told Jada, who agreed and suggested Gwen did not have the murder weapon either. The DA, Melinda Trask, was ready to arrest Gwen. Jada and Rafe decided to continue their lowkey investigation of Leo.

However, there were rumors about Jada dating Rafe’s wife’s ex. Jada was upset because of these rumors. She felt Nicole had feelings for Eric, and Rafe was shocked to hear that. Jada was on edge about the whole situation as it interrupted her work.

Further in this Days of Our Lives episode, Stephanie entered the pub and found Eric. They talked about their lives, and Jada walked in. Stephanie and Jada had a brief interaction with each other. At Titan, Leo tried to help Sonny when Chad arrived. Chad was angry and demanded to know the truth from Leo. However, Leo denied all accusations.

Furthermore, Chad asked Leo to call the paramedics and tried to stop Sonny’s bleeding with his jacket. Of course, Chad was worried that if Sonny died, Leo would die as well. Despite Leo’s defense, Chad was convinced Leo attacked Abigail and Sonny. Leo slipped away before the cops could arrest him again.

Justin received a call about Sonny’s attack. Bonnie, Alex, and Justin headed to the hospital. Sonny looked like he was in bad shape. Stephanie and Rafe received a call as well. The Titan office was marked as a crime scene. Chad informed Rafe he found Leo hovering over Sonny’s injured body.

Stephanie arrived at the hospital and hugged Chad. Jada arrived at the crime scene to help Rafe. They found new evidence at the venue. Leo’s revenge list of enemies and a knife – presumably the same knife used to attack Abigail! Leo panicked in his motel room, realizing he was being framed. Days of Our Lives airs weekdays on NBC. Stay tuned with TV Season & Spoilers for the latest news and spoilers.